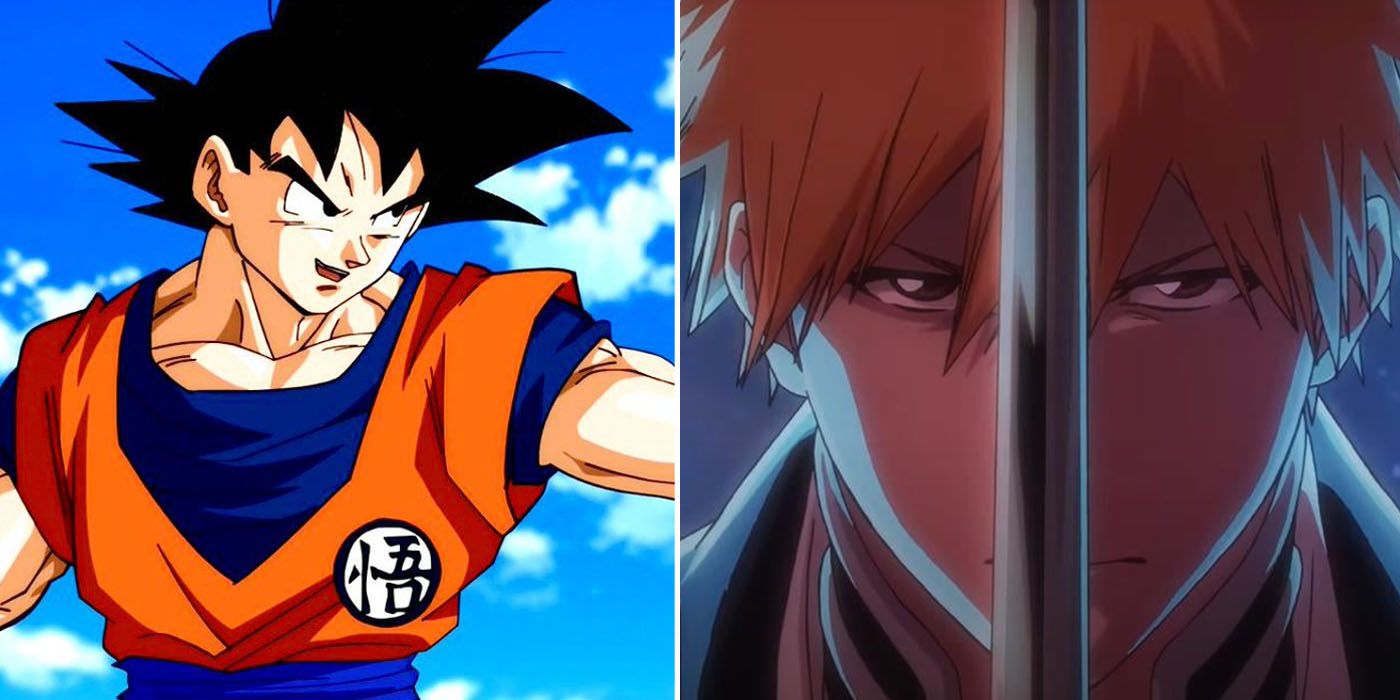 10 Anime Characters Who Accidentally Killed Someone

Many anime characters have accidentally killed a loved one. Some of them weren’t in control of their actions, as they were given powers that most people couldn’t safely use. Despite this, most of these characters can’t help but think there was something they could have done to avoid their mistakes.

Other characters were tricked into thinking they were doing the right thing or there would be no consequences for their actions. Fans can’t help but pity the characters when these accidents happen, but these moments are often turning points for the characters that change them dramatically.

When Goku was a child, Grandpa Gohan learned of Goku’s ability to transform into a great ape after watching the full moon. He warned Goku to stay indoors and sleep in order to avoid the Great Ape. After banging his head, Goku grew into a kind and obedient child.

However, he was still very curious. One night, Goku didn’t listen to his grandfather’s warnings. He transformed and his strength was too much for Gohan to handle. It will be many years before he realizes that he is responsible. He only put the pieces together after learning about Vegeta’s transformation.

9/10 Zeref killed Mavis with a kiss

Zeref and Mavis were cursed with the Curse of Contradiction. They both felt a kinship with each other, as they feared their curse’s ability to kill anyone they loved. Their immortality also isolated them from others. Their friendship turned into a romance, in which they promised each other to stay together.

When they shared a kiss, the curse took Mavis’ life despite the immortality Ankhseram had given her, sending Zeref into despair. Mavis still had magic emanating from her and was able to produce an illusion that allowed her to interact with her guild members.

8/10 Eri reversed time for her father

As a younger child, Eri didn’t understand or have full control of her Quirk. She accidentally reversed time for her father, to the point that he no longer existed. This led to her mother disowning her, ultimately leaving her in Overhaul’s care.

The overhaul would manipulate and physically abuse her, which is why Eri is so upset when she sees heroes hurting themselves for her. It’s only when she’s freed from her clutches that she learns to stop blaming herself for things that happened in the past.

Many demons have been forced to shed their humanity thanks to Muzan. Tamayo is one of Muzan Kibutsuji’s victims. When she was stricken with a fatal illness, Muzan approached her with the promise of curing her disease. She gratefully accepted, but as a demon she killed her husband, children, and a number of other people.

When she realized what she had done, she was overcome with grief. For a time, she remained by Muzan’s side as a servant, her spirit seemingly crushed. She regained her freedom and hope that Muzan could one day be defeated after Yoriichi Tsugikuni nearly killed him.

6/10 Kenshin killed his wife in battle

Himura Kenshin killed Yukishiro Tomoe’s childhood friend and fiancée, which made him want revenge. The two soon got married, and Tomoe found herself falling in love with him while serving as a spy for the shogunate.

In order to prevent the Yaminobu leader from killing Kenshin, she stepped between the two. Kenshin’s sword hit Tomoe and the leader. He couldn’t do anything to save her and became even sadder when he realized he had ruined his previous engagement. After that, he wanted to give up killing.

5/10 Nao Yasumori killed his family, believing it made them immortal

Nao Yasumori never experienced the warmth of a loving family until she married Mikiyasu Yasumori. She had a child with him and was adored by her in-laws. She was killed by the Kirishiki family after inviting them by mistake. It also led to resurrection as Shiki.

As Shiki, she gained immortality and hoped to turn her family into Shiki too so they could be together forever. His attempts to do so only killed them, and none of them rose from their graves. It wasn’t until they left that she realized she was dooming the only people who loved her.

4/10 Yuno Gasai locked up his parents

Yuno Gasai had a difficult childhood. After he was adopted, his father had to work more. This made her mother irritated and she concluded that everyone hated her. Whenever Yuno did something wrong, her mother would lock her in a cage.

Her father did nothing to stop her, leaving Yuno at her mother’s mercy. Yuno couldn’t stand the mistreatment and managed to lock both her parents in the same cage. She eventually forgot about them and they later died of starvation.

3/10 Ichigo Kurosaki was forced to kill the Soul King

When Yhwach arrived at the Soul King’s palace, he ran through the Soul King with his sword. Ichigo attempted to save the Soul King, but his Blut Vene activated and his arm moved on its own.

Ichigo landed the final killing blow to the Soul King. Despite Orihime Inoue’s attempts to save him, her efforts were in vain. Yhwach explained that Ichigo’s Quincy blood could not tolerate the Soul King’s existence, but Yhwach was responsible for having Ichigo kill the man he was trying to help.

2/10 Satou Kazuma scared himself to death

Satou Kazuma has one of the most embarrassing deaths in isekai anime. While he was walking outside, he happened to see a girl from his school. He mistakenly believed she was about to get hit by a truck, and without thinking, he pushed her out of the way without hesitation.

In the afterlife, he discovered that it was actually a tractor that would have stopped before hitting anyone. Thinking he had been run over, Kazuma actually died of shock. It showed how pointless his death was and his attempt to be a hero led to his demise.

1/10 Marugori accidentally ran over his brother instead of Saitama

A pair of villains, Fukegao and Marugori, were called the Brain and Brawn Brothers. Fukegao developed a drug that transformed Marugori into a giant mutated beast. They sought to take over the world with their combined strength and intelligence.

They made their way through D-City until they were finally confronted by Saitama, who was standing on Marugori’s shoulder. Enraged, Fukegao demanded that his brother kill the hero. Without thinking, Marugori slapped his hand on the wrong shoulder, killing his brother. Marugori grew enraged, but was still easily defeated by Saitama.

NEXT: 10 Anime Powers That Are Too Confusing