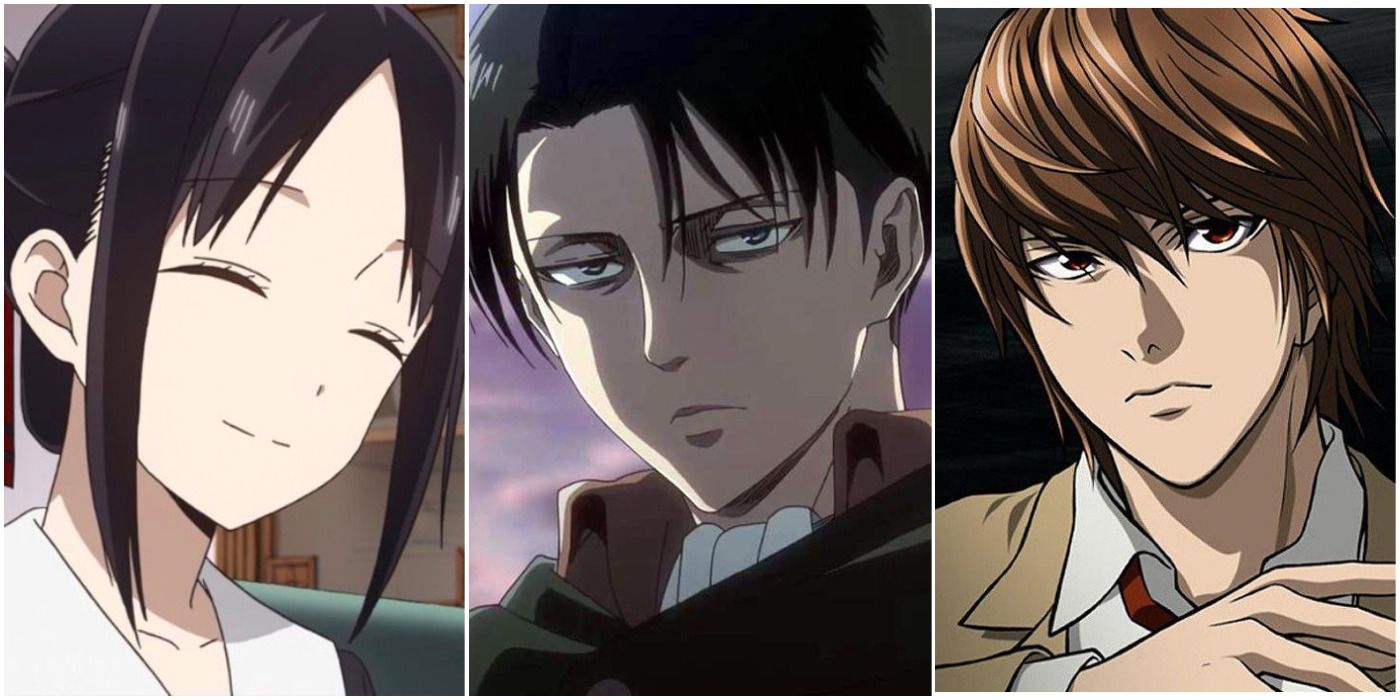 The world of Japanese anime is populated by several thousand diverse characters who can be categorized in all sorts of ways, from their MBTI personality types to their -dere types, such as tsundere or kuudere. But that’s not all. Anime characters can also be described in everyday terms, both positive and negative, from class clown to perfectionist to bully.

The anime-style action series Avatar: The Last Airbender features a truly terrifying villain, the talented Princess Azula. She intimidates her allies and enemies due to her ruthless and cruel nature, and she is a perfectionist on top of that.

Azula is Ozai’s favorite and she can’t stand the thought of letting him down. Even though her incredible firebending moves are near perfect, Azula will blame herself for not being absolutely perfect, which could ruin her mood. Eventually, Azula cracked under the pressure and fell out of favor.

Captain Levi Ackerman has quickly established himself as a stern and pragmatic commander, and he will not tolerate foolish behavior or error in the Scouts for any reason. Levi holds everyone to very high standards, including himself, and his subordinates were truly inspired.

Levi is also into cleaning, and he made fans laugh with his passion for house cleaning. For Levi, however, it’s no joke, and he’ll make Eren clean all day if it means keeping the house spotless.

Some anime parents are strict and push their kids hard enough to succeed, and sometimes it pays off. Other times, however, this intense pressure to be perfect inspires their children to rebel instead, which can cause serious family drama. The Todoroki family is a prime example.

RELATED: 10 Anime Characters Who Do Well Under Pressure

Endeavor, the hero of flame failed to surpass All Might, so he entered into an alter marriage and continued to have children until he got one with the ideal combination of Quirks – Shoto. Then, Endeavor pressured Shoto to be perfect and groomed him to be the ultimate weapon. However, it didn’t quite go as Endeavor had planned.

It’s important to note that being a workaholic or a perfectionist isn’t always a good thing. In fiction as in real life, these people are not always productive or constructive. Luckily, some actually are, and that includes student council president Misaki Ayuzawa.

Misaki carries many burdens for her age, and she won’t let anything slip. She will push herself to the point of exhaustion to do a perfect job on everything from studying to working on the student council and supporting her impoverished mother. She’s not one to let things go, and she doesn’t easily forgive mistakes of herself or others.

Captain Byakuya Kuchiki was born into the noble Kuchiki family, and since childhood, he was expected to lead the family one day, which is a huge responsibility. Byakuya took this duty seriously, and he also strictly followed the law. He only made exceptions for sisters Hisana and Rukia, once for each.

RELATED: 10 Anime Characters Who Are Always One Step Ahead

Otherwise, Byakuya is a bit of a perfectionist, being one to harshly but fairly criticize others for failing or making mistakes, and he also acts dignified and aloof. He seems determined to be a model captain in every way, and he has largely succeeded.

Kisho Arima is the strongest CCG investigator of them all, and since his teenage years has been widely recognized for his formidable talent and impeccable work ethic. For Kisho, work is everything, and he calmly but firmly holds himself to incredibly high standards. He sometimes projects this attitude onto others as well, but he’s not bossy about it.

Kisho lives up to his reputation time and time again, despite being humorless and stern about it. He will scold his subordinates for being 0.1 seconds too slow to execute an attack, and only true perfection would care. In fact, most mentors wouldn’t even notice a 0.1 second turnaround time.

Of all the fictional perfectionists, metalbender Kuvira is among the most successful, as she manages to channel her perfectionist attitude constructively. Instead of wasting her time obsessing over little details that don’t matter, she expresses her perfectionism by refusing to end her mission until it’s absolutely complete.

Specifically, Kuvira aims to reunite the fractured Earth Kingdom into a centralized empire, and she has meticulously made sure to include every last city and territory in her plan without exception. She also pushed herself and her subordinates to do her best, and she has no patience for mistakes, complacency, or idleness.

Yuki Sohma is the Rat of the Zodiac, and much is expected of him as a result. Not only does he have to deal with the emotionally controlling Akito Sohma, but he also has to deal with his perfectionist, self-centered mother, who may be known as Mrs. Sohma.

Mrs. Sohma viewed her son as a tool and ardently wanted him to be perfect so that she could benefit from him indirectly. Ms. Sohma had no patience or tolerance for anything that stood in the way of Yuki’s growth and influence, which ultimately alienated her son from her. She wanted a perfect son, but what she needed was a son who loved her.

Being a paranoid perfectionist is what helped Light Yagami escape the clutches of L the Super-Detective, but it’s also a stressful lifestyle. Still, as Kira, Light can’t afford to make mistakes or let anything slip away from him, so he meticulously considers every angle before making a move.

Light had the perfect facade as the hardworking son of Soichiro Yagami, and he completely shielded himself from the police by hiding all traces of his notebook and Kira’s activities. Then he launched a plan to make Kyosuke Higuchi the new Kira, but not before everything was in place.

Kaguya Shinomiya’s perfectionism is expressed in a humorous and heartfelt way, and student council president Miyuki Shirogane also has a similar attitude. For starters, Kaguya comes from a powerful and wealthy family, and perfection is expected of her as a matter of course. She’s no ordinary girl.

Kaguya is also a naturally meticulous and intelligent person who will work out all the details before making a plan, and she will panic if the slightest thing goes wrong. She simply must being right about everything, and that’s what it takes if she intends to win the war of love with Miyuki.

Next: 10 Weak Anime Characters Who Deserve To Be Strong

Louis Kemner has been a fan of Japanese animation since 1997, when he discovered Pokémon and Dragon Ball Z in elementary school. Now, he’s a bigger anime/manga fan than ever and is ready to share what he knows with readers around the world. He graduated from high school in 2009 and earned his bachelor’s degree in creative writing from UMKC in 2013, then put his skills to work in 2019 with CBR.com. He is always on the lookout for a wonderful new anime to watch or a manga series to read. You can reach him at [email protected]