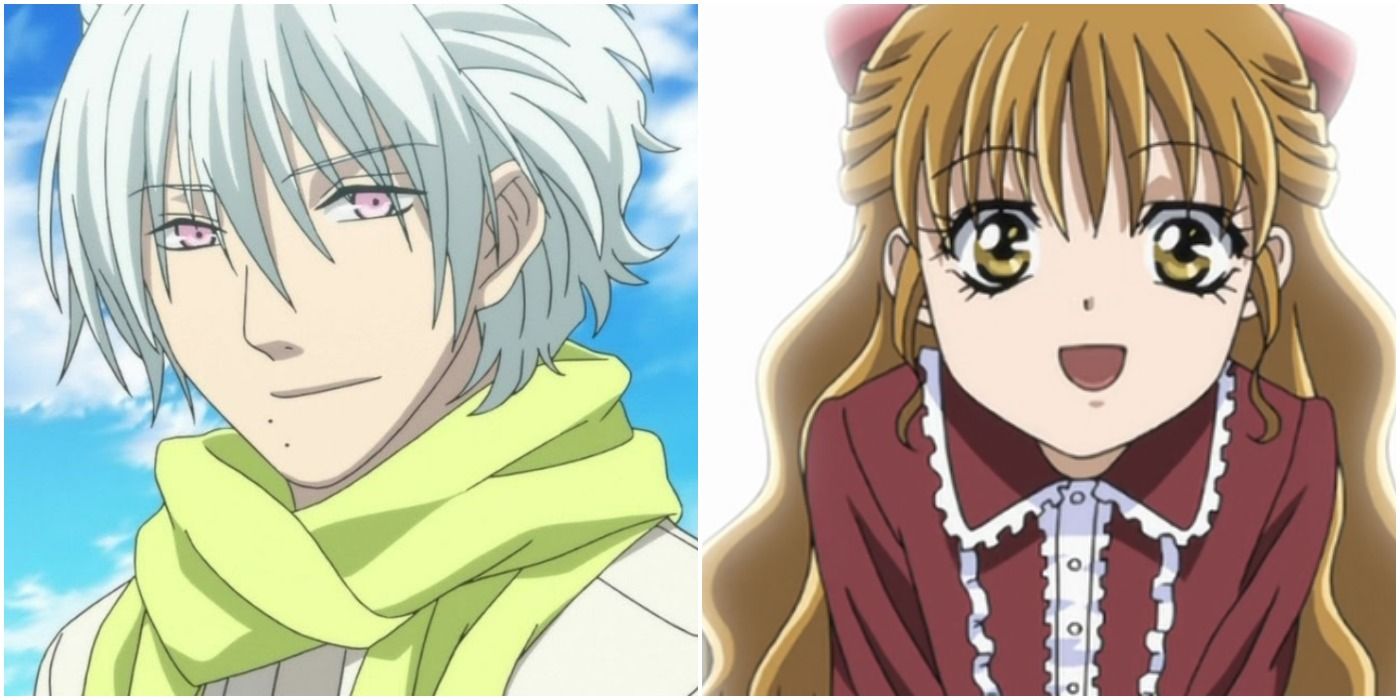 Many anime characters look and act very innocently and gently. However, some of these supposedly innocent characters are keeping very dark secrets from everyone.

From Clear being secretly a hidden robot to Maria Takarada who lost her mother in a plane crash after asking her to come home for her birthday, these characters suffer from either an incredibly dark past or a pure wrong in reality. No matter how innocent and seemingly kind they seem, they have darker sides that they hide from everyone, viewers included.

Despite his extremely human appearance, Clear is actually a realistic robot created to serve the main villain, Toue. However, it ended up having flaws and was meant to be destroyed. The employee in charge of getting rid of Clear decided to kidnap him and raised him as his son in secret until his last breath.

He also gave Clear a gas mask to wear in public to keep his identity a secret, as other robots like Clear had the exact same face as him. After working with Aoba, Clear embraced his humanity, completely freed himself from Toue’s control, and even defeated the other robots working for Toue with his incredible singing.

9 Junko Enoshima disguised himself as his sister, Mukuro, and is the real big bad (Danganronpa: Trigger Happy Havoc)

Junko Enoshima from Danganronpa: Trigger Happy Havoc initially changed outfits and identities with her sister Mukuro. Their initial plan was for Junko to ask Monokuma to capture Mukuro to intimidate the rest of the students by doing as Monokuma said. However, Junko betrayed Mukuro by taking the opportunity to assassinate Mukuro (disguised as Junko at the time) instead.

This revelation – in addition to Junko being the ultimate desperation and the person responsible for everyone at Hope’s Peak Academy being in their deadly predicament – frightened many viewers unfamiliar with the original video game.

From the outside, Killua looked like a normal child. However, it was later revealed that he came from the Zoldyck family, who were a family of notorious assassins. Additionally, Killua was also a trained assassin who could kill anyone, including other Hunter candidates.

His family was also highly dysfunctional, with his brother Illumi dissuading Killua from making friends long before Killua met Gon Freecs. Despite his brother’s interference, Killua managed to become a close friend of Gon’s and worked with him for most of the series.

7 Liliruca is from the Soma family and scammed other people to pay off her debts (is it wrong to try to go and find girls in a dungeon !?)

Twist villain Liliruca Arde initially worked with Bell as a supporter, meaning she helped him carry extra supplies to the dungeons they sailed in, in exchange for keeping a share of the loot. . Despite her seemingly friendly appearance, it was later revealed that she was ripping off Bell by taking more than her fair share.

Liliruca even attempted to abandon Bell to die in a deep part of the dungeons. It was also revealed that she was part of the Soma family and was trying to leave the family by paying off debts as fast as she could so that she was free to go.

Although Kuro mostly has an elven appearance in Restaurant to another world, she was in fact a black dragon whose very presence could destroy the world. While it’s unclear exactly how powerful she is, Kuro went into exile to live on the moon to avoid destroying the rest of the world she came from.

She joined the staff of Western Restaurant Nekoya as a waitress. The good news is that since she only worked on Saturdays, when the restaurant was open to residents of the fantasy world, there was no risk of the restaurant being destroyed while she was physically there.

5 Maria lost her mother in a tragic plane crash after asking her to come home for her birthday (Skip Beat!)

Although Maria, Lory Takarada’s granddaughter, may be an innocent-looking girl, she had a surprisingly tragic story. After Maria asked her mother to come home and see her on her birthday, her mother died in a plane crash on the way home. This led to Maria and her father having a separate relationship with each other for years, with Maria blaming each other for her mother’s death.

Fortunately, with Kyoko’s help, Maria realized that her father still wanted to continue having a romantic relationship with her and didn’t resent him as much as she previously thought.

4 Pecorine was the real Princess Eustiana, but lost her family and kingdom after Mana altered their memories (Princess Connect! Re: Dive)

It was revealed late in the gacha anime Princess Connect! Re: diving that Pecorine was none other than the real Princess Eustiana. However, the evil Mana altered the memories of everyone in the realm (including Pecorine’s parents) so that they forgot about Pecorine’s existence while she was gone.

Mana also made the kingdom believe that she was Princess Eustiana instead of Pecorine. This forced Pecorine to leave her kingdom for good to find a way to save it, but luckily she befriended Kokoro, Karyl, and Yuuki and formed the Gourmet Guild together.

Momiji Soma appeared to be a carefree child despite being one of the cursed members of the Soma family, but it was later revealed that this was far from the case. After Momiji was born, his mother grew up despising him because of the family curse. Momiji would transform into his rabbit form whenever his mother touched him, as the cursed family members would transform into animals if touched by a person of the opposite sex.

These incidents became so serious that Momiji’s mother decided to ask Hatori to erase her memories of her own son, claiming that she regretted giving birth to him.

Depending on the adaptation of Sailor moon, Hotaru Tomoe had Mistress 9 either owning her body and consuming pure hearts, or she was implanted in Hotaru as a vessel. Either way, this resulted in Mistress 9 controlling Hotaru while she was in her body, and it caused Hotaru a lot of physical and emotional pain for herself and for others around her. .

It also led to her being isolated by her classmates, although she managed to make a friend in Chibiusa. Luckily for Hotaru, she then broke free from Mistress 9’s control and became Sailor Saturn.

The gardener at the Phantomhive Finnian house, also known as Finny, looked sunny and mellow in general. However, it was later revealed that he had previously been imprisoned in an institution. While in captivity, he received multiple injections, giving him supernatural strength.

It was also marked with a mark labeled “S-012” to identify it. During a raid on the facility, he killed his captor in self-defense and fled. He was later found by Ciel and Sebastian, who took him as their loyal gardener.

NEXT: Black Butler: The 10 Most Powerful Villains, Ranked

Ceramic pots filled with emeralds found in a temple linked to El Dorado, a mythical city of gold