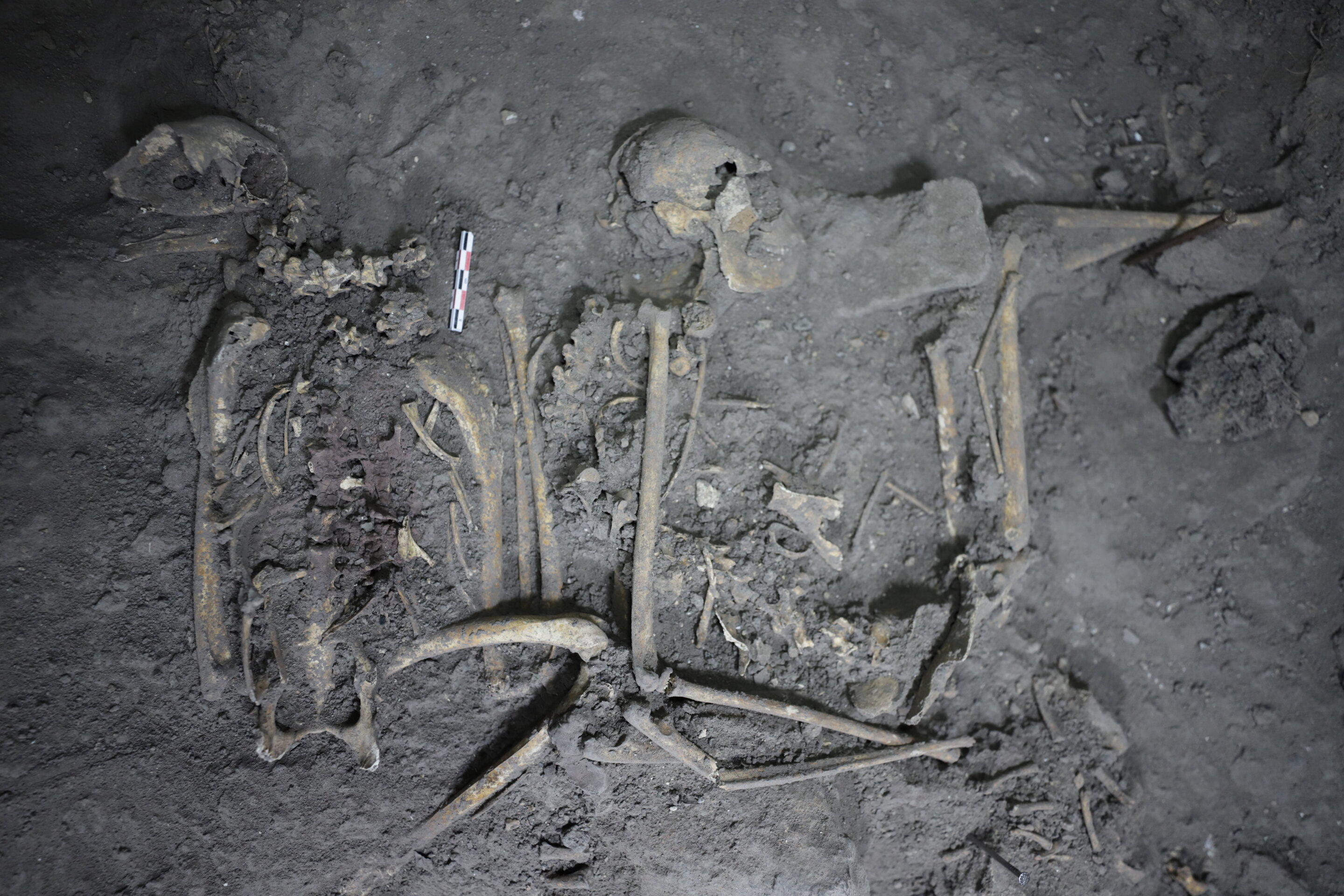 The complete skeletal remains of a spider monkey – considered an exotic curiosity in pre-Hispanic Mexico – give researchers new evidence regarding the socio-political ties between two ancient powers: Teotihuacán and indigenous Maya rulers.

The discovery was made by UC Riverside archaeologist and anthropologist Nawa Sugiyama and a team of archaeologists and anthropologists, who since 2015 have been excavating the Plaza of Columns complex in Teotihuacán, Mexico. The remains of other animals were also discovered, along with thousands of fragments of Mayan-style wall paintings and more than 14,000 ceramic shards from a great feast. These pieces are over 1,700 years old.

The spider monkey is the earliest evidence of primate captivity, translocation, and gift diplomacy between Teotihuacán and the Maya. Details of the discovery were published in the journal PNAS. The discovery allows researchers to prove high diplomatic interactions and debunks previous beliefs that the Maya presence in Teotihuacán was limited to migrant communities, said Sugiyama, who led the research.

“Teotihuacán attracted people from everywhere, it was a place where people came to exchange goods, goods and ideas. It was a place of innovation,” said Sugiyama, who collaborates with other researchers, including Professor Saburo Sugiyama, co-director. of the project and a professor at Arizona State University, and Courtney A. Hofman, a molecular anthropologist at the University of Oklahoma.

“The discovery of the spider monkey allowed us to discover repurposed connections between Teotihuacán and the Mayan rulers. The spider monkey brought this dynamic space to life, depicted in the wall art. It is exciting to reconstruct this living history.”

The researchers applied a multi-method archaeometric approach (zooarchaeology, isotopes, ancient DNA, paleobotany and radiocarbon dating) to detail the life of this female spider monkey. The animal was probably between five and eight years old when it died.

His skeletal remains were found alongside a golden eagle and several rattlesnakes, surrounded by unique artifacts, such as fine jade green stone figurines from Guatemala’s Motagua Valley, copious shell artifacts/ snail and lavish obsidian products such as blades and projectile points. This is consistent with evidence of live sacrifices of symbolically powerful animals participating in state rituals seen in the Pyramid of the Moon and Sun’s dedicatory caches, the researchers said in the paper.

Results from the examination of two teeth, the upper and lower canines, indicate that the Teotihuacán spider monkey ate corn and chili peppers, among other foods. Bone chemistry, which provides insight into diet and environmental information, indicates at least two years in captivity. Before arriving in Teotihuacán, it lived in a humid environment, feeding mainly on plants and roots.

In addition to studying ancient rituals and uncovering bits of history, discovery allows for the reconstruction of larger narratives, understanding how these powerful and advanced societies dealt with the social and political stressors that reflect much of the world of ‘today, said Sugiyama.

“It helps us to understand the principles of diplomacy, to understand how urbanism developed…and how it failed,” Sugiyama said. “Teotihuacán has been a successful system for over 500 years, understanding past resilience, its strengths and weaknesses are relevant in today’s society. There are many similarities then and now. the front.”

Provided by University of California – Riverside

This document is subject to copyright. Except for fair use for purposes of private study or research, no part may be reproduced without written permission. The content is provided for information only.

A Guide to Personal Loans for Fair Credit