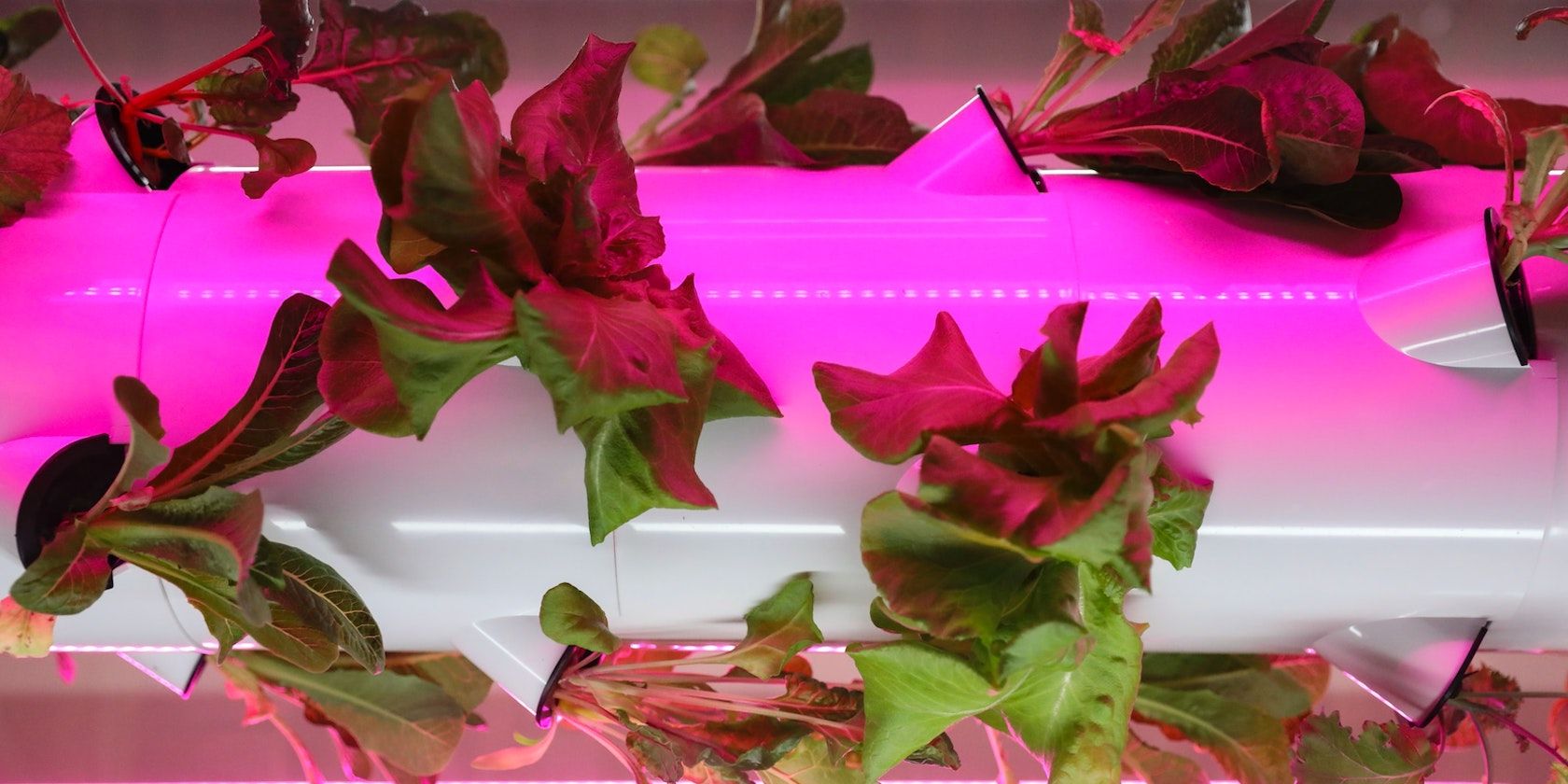 Hydroponics is an exciting area of ​​horticulture that allows you to grow plants without the mess. But when replacing soil with a water system and liquid nutrients, it can be a bit of a hassle trying to find the right balance to maintain healthy plants.

This is where using a microcontroller can really improve the system. With an Arduino, Raspberry Pi, or both, you can automate your hydroponics system to do most of the heavy lifting for you.

This hydroponic system was built as a school project and features a modular, open-source design. Programmed using an Arduino Mega, it can automate lighting, water cycles and nutrient feeding. If that’s not enough, this system will also help you measure and record data so you know exactly when your plants need tending.

You can see the diagrams at Instructables for a detailed look at how this system is built. It basically consists of several PVC pipes mounted on an aluminum frame, each pipe being drilled to fit a pot. A constant stream of water is circulated through the system to add oxygen, and a modified fish feeder is used to release nutrients for plants.

Along with lots of sensors to help measure the condition of plants, it can also send the data to a web server via Wi-Fi. It’s a well-thought-out Arduino hydroponics project, and great to scale up or down to suit your needs. .

Many hydroponic systems use PVC pipes, and in this project they are laid out vertically instead of horizontally. The project is easily movable (no dirt, no mess), so the whole system can even be brought indoors during the winter and illuminated with LEDs. Details of this project are available at Instructablesincluding how the different commands are distributed across multiple Arduino boards.

USE VIDEO OF THE DAY

If you’re looking for another board to add to your project, you can start by exploring the different types of Arduino microcontrollers to get an idea of ​​what’s out there.

Dubbed ClimateBot, PharmaBot and HydroBot, the Arduinos used in this project control different components such as lighting, temperature, water cycles and nutrient release. In order to coordinate all this information, the Arduinos communicate with a Raspberry Pi.

In a custom application, you can interact with the Raspberry Pi to display, store, or control data. Also, if something goes wrong with the system, a notification will be sent to you.

To dig into the project files, you can go to Kyle Gabriel website. While the hydroponic system is pretty much the same as the others, built with PVC pipes, it’s its custom open-source software called Mycodo that really stands out. You can access the Raspberry Pi using this software and create a visual interface for all your sensors using widgets.

Custom software gives you even more control over your hydroponic system, including the ability to adjust feeding schedules and amounts. It’s a brilliant project that can do a lot if you have the time to invest in the construction.

Hydroponic systems can be big business; for something a bit smaller, this project might be better. Detailed on Instructables, it’s designed to nurture a few small potted plants, which is great if you live in an apartment and don’t have a lot of space. It also uses much smaller components that do not require electronic tools or PVC pipes.

You won’t need a water pump here: instead, the sprinkler system is constructed from a plastic water bottle and some straws. Although the creator points out that this is definitely a work in progress, it’s still a great little starter project to get you thinking about hydroponics.

To tie it all together, a few 3D printed parts are designed to connect the straw pipes. 3D modeling is a fun and hands-on skill, so if you want to learn more about the process, here’s our pick of the best 3D printing courses.

Additionally, you will need an Arduino to control the water flow via an actuator and a wall timer for the LED lights. All in all, it’s a pretty simple idea that would work great as a miniature hydroponic prototype for later designs.

DIY hydroponic systems can be a lot of fun to customize. While some big projects seem daunting, remember that you don’t have to build the whole system. Instead, you can use it as inspiration for the type of functions you want to incorporate into your design.

This project is especially brilliant if you need more ideas for your own hydroponic setup. At its heart, it uses an Arduino and various sensors to measure water, nutrients, humidity, and more. All the information is then sent to a Raspberry Pi which is connected to free home automation software called Home Assistant, allowing you to view all of your data. Check out our Home Assistant setup guide.

Some awesome features of this project include remote-controlled magnets to stir the nutrient liquid and humidity sensors that will alert you to any water leaks from the system. This design has a ton going into the electronics, which is perfect if you’re looking for ways to improve your own hydroponic design.

Gardening with Raspberry Pi and Arduino

Building your own automated DIY hydroponic system will undoubtedly save you money compared to commercial products. But what’s even better is having complete control over the size, function and design of your system.

There’s no doubt that hydroponics and electronics go hand in hand, and one of these projects is sure to inspire you.

What are smart garden devices and how can they help?

Tired of doing garden chores? Fortunately, the world of smart garden devices comes to the rescue.

Garling loves exploring creative uses of technology. With a background in music, she spent many years hacking into computers to create weird and wonderful sounds. When she’s not making music, she writes about the best DIY electronic projects.

A complete guide to coronavirus hardship loans in 2021