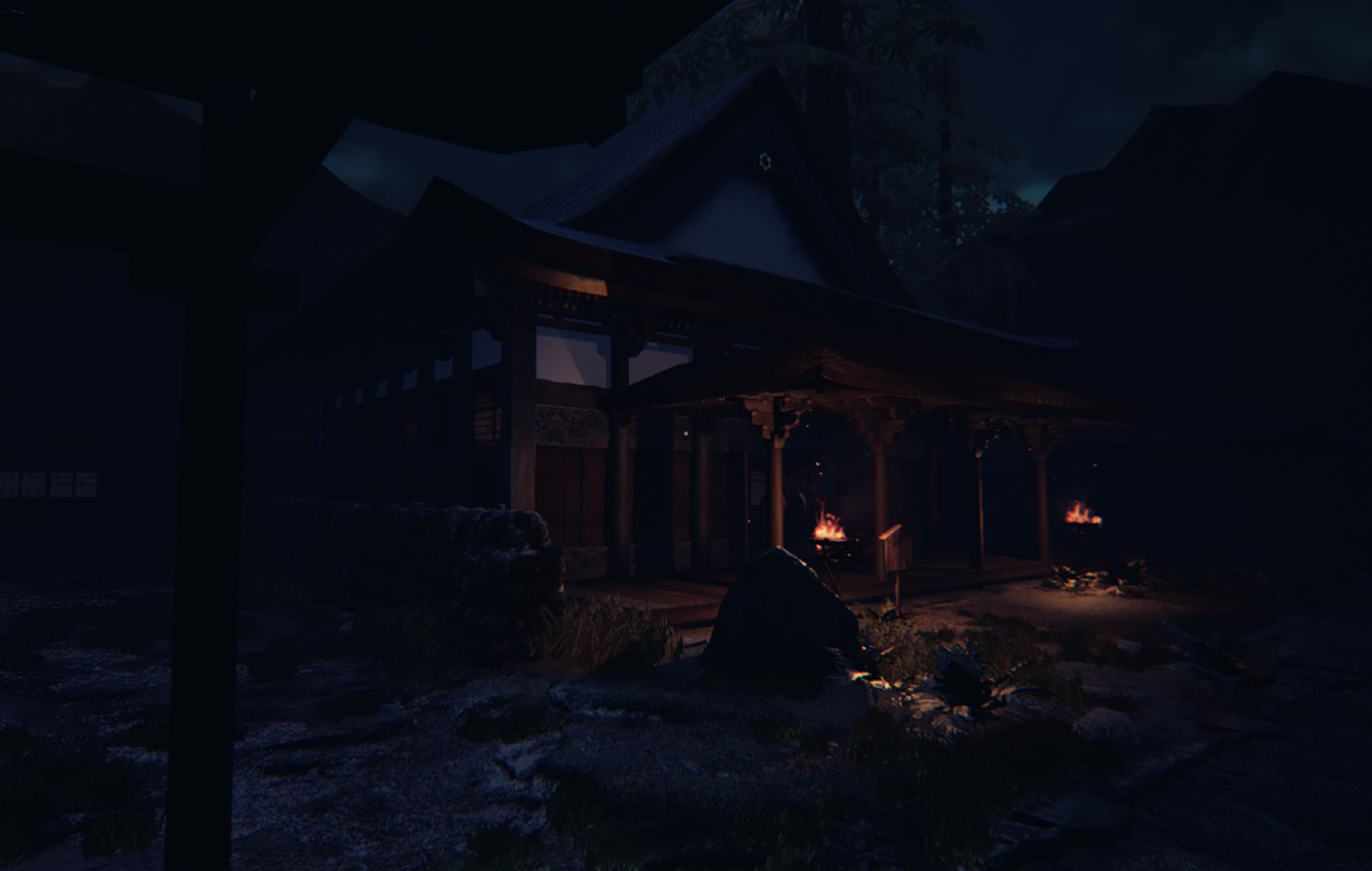 Jhere’s something fascinating about seeing old folk legends come to life in
Games. We often want rich background stories in our stories, and folk tales about the hidden power of nature, curses, and rural superstitions provide just that. The texture of myths and legends gives historical and fantasy settings a deeper dimension and
darker, sense of place.

Nor do they have to be true folk legends. One of the most absorbing things about the witcher games, for example, is that every monster Geralt hunts seems to exist as part of the fabric of the natural and cultural environment. As we track them, we learn to understand their habits, spot the signs of their presence, and create concoctions that might attract them. Some, it turns out, are the products of magic. Some are not so monstrous after all.

But above all, perhaps, these myths are ideal fodder for horror, as they tap into powers beyond normal perception. Folk horror is about the primal forces rooted in nature and the isolation of small communal life – ripe ingredients to make us feel exposed. One of the best recent games of this genre is Mundaun, in which a small Swiss village is troubled by ancient evils in increasingly surreal ways, leading you to indulge in bizarre rituals to survive.

Which brings me to Ikai. Given my interest in folklore-based gaming experiences, it was always likely that this upcoming horror title would catch my attention. Like Mundaun, it’s a first-person tale wrapped around object-based puzzles and eruptions of otherworldly entities. Here, however, the ceremonies and demons are inspired by the Japanese feudal setting, with Barcelona-based developer Endflame drawing inspiration from the country’s existing folklore.

I recently played a demo of Ikai, and there’s something intriguing about its attempt to manifest a cast of Japanese Yokai (demons and ghosts) by delving into the traditions and rituals surrounding them. In some ways, the setting is quite familiar. Not so long ago, for example, I was in feudal Japan facing the evil Yokai in Nioh 2. But there they were sensitive to a flurry of blows from my combat scythe – in Ikai, the protagonist Naoko has nothing to defend herself with except occult knowledge and religious rituals.

I like it then Ikai is carried by an almost pedagogical tone at times. Naoko’s temple abode looks like a museum of period artifacts, and I’ve come across written descriptions of demons, like fragments of abandoned class notes. “If you walk alone in the forest, beware of going under the tallest trees”, it begins, before explaining that giant demon heads called Tsurube-otoshi are used to waiting in the forest canopy, then falling from their perches to crush unwitting travellers. . I had already forgotten that lesson by the time I backtracked along the logging road and “whomp!” that great horned head swooped down in front of me, staring at me with a devilish smile. I don’t know if he just wanted to scare me or if he misjudged a deadlier landing, but point taken.
I also like the rituals Naoko has to perform to stay alive or solve puzzles. The explanations aren’t exactly subtle, as Naoko’s internal monologue nudges you in the right direction (the Japanese voice-over is key to maintaining any kind of atmosphere, by the way), but it would be hard to appreciate the significance of the different objects scattered around the temple. without this.

To pray, for example, you must first find where the priest keeps his coins and drop one in the offering box before ringing a bell. Or you might need a magic charm – which you can place on a door to ward off a demon or on a cursed object to stop it spreading evil vibes to the area – then you better find a table and ink for you can sit down to paint one. There’s also a tactility to these and other activities, as you don’t just click on objects to use them, but use the mouse to, say, grab and open a door, or stir the chord. of the bell, or draw these ink lines, in a pressurized case with a monster lurking nearby.

Unfortunately, when you’re under pressure Ikai rather falls apart. Traditions and rituals are just one side of the folk horror formula, and they grapple with the other – creating interactions between the protagonist and supernatural entities that remain tense and chilling. Although it seems wise that Ikai stubbornly refuses to resort to combat, the alternative of focusing on Naoko’s vulnerability leads to a lot of immersion-breaking trial and error (and not just because her default movement speed makes her feet feel like they’re bound together).

The second half of the hour-long demo features stealth and evasion sequences, and with that descends into farce. Forced past a giant worm-like creature, for example, I got bitten several times trying to guess the correct route, or struggling to push shelves apart with controls that, in the heat of the moment, just become unwieldy. On one attempt, the demon worm followed me into a small dead-end room and got stuck, leaving us both staring at each other. Dead end.

AI routines and signaling can be beefed up here, sure, but that won’t make them scary. Worm aside, what I really can’t escape with this demo is the feeling that demons are more ominous when they only have descriptions on scraps of paper, when they don’t are still legends. Once they fully emerge to show their faces – literally in our friend Tsurube-otoshi’s case – the results are comical or irritating, with unconvincing scary sound effects and no weight to the jump scare when they grab you.

The lesson I learned Ikai is that the appeal of folklore is its connection to the natural and the mysterious, and too often Ikai seems determined to make it mechanical, expose the strings and place it in patterns. In another scene, a fire spirit set the path ahead of me on fire, leaving me to smash my way through flames that flashed like traffic lights. When I hit the fire, a burning effect briefly filled the screen, then I was abruptly thrown back to the start. Hardly horrifying.

It’s hard to see, then, how more overtly digital tasks that rub shoulders with tradition won’t fly Ikai from a feeling of dread. It remains intriguing when it focuses on the middle of the myth, like charms and curses, or the daily routines of lighting lanterns and offering prayer. Whether or not Endflame did its source material justice, the ancient rituals and the involvement of a supernatural threat drew me in. But they don’t complement video game rituals like stealth play and mechanical puzzles. Mainly, perhaps, Ikai shows how quickly the power of folk legend dissolves when it has to adapt to modern rhythms.