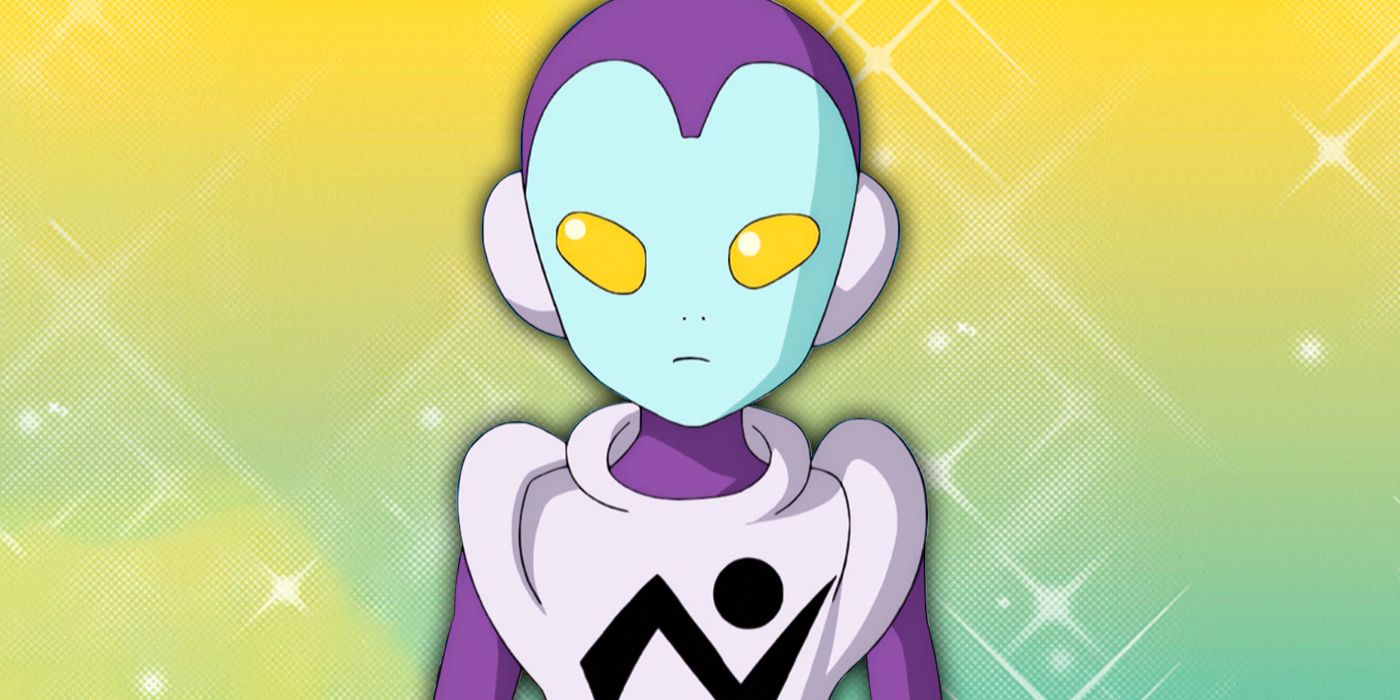 One of the weirdest characters in Dragon Ball Super comes from an overlooked Dragon Ball prequel.

the dragonball the franchise is no stranger to weird and wonderful characters and one of the weirdest but most memorable characters was introduced in Dragon Ball Super. However, while fans may not know him, this character plays a major role in franchise lore. However, this role is explored in a largely forgotten way dragonball prequel.

Jaco instantly stands out in the crowd due to his short stature, blue skin, yellow eyes, and bright purple jumpsuit. When he first appears in Dragon Ball Super Golden Frieza Saga, he referenced a previous interaction with Bulma. Something that undoubtedly left many fans confused as Jaco hadn’t appeared in the anime at all before that.

Related: Goten’s Role In Dragon Ball Super Has Been Minimal – And That’s A Good Thing

Jaco is actually from a manga called Jaco the Galactic Patroller. This manga was launched in Shōnen Jump in 2013, and it was written and illustrated by dragonball creator Akira Toriyama. He acted as a continuation of Toriyama Galactic Patroller series of stories alongside the short manga Jiya and Sachie-chan Good!! At the time, Jaco the Galactic Patroller was Toriyama’s first serialized manga in 13 years. It was also the first of Toriyama’s works to be serialized simultaneously in Japan and overseas markets. In interviews, Toriyama explained that the manga was to be released around Dragon Ball Z ‘Battle of the Gods’ theatrical run, but he fell behind during the story’s production, forcing it to be released later.

Jaco the Galactic Patroller, followed Jaco, a Galactic Patrolman, who was sent to Earth to protect it from an evil alien who is expected to land there soon. However, Jaco ended up crash-landing on a remote island on Earth, totaling his ship in the process. Jaco soon met the reclusive scientist Omori, who says he will help Jaco fix his spaceship. However, while traveling for supplies, Omori and Jaco encountered a girl. This girl’s name is Tights, and she was being attacked by muggers. Jaco saved her from her would-be attackers, thus earning her friendship. However, his actions draw the ire of the Earth police, making Jaco a wanted man. This leads to chaos for all three as Jaco and his new friends repeatedly try and fail to repair the ship.

However, the final chapter is where things get interesting. The day arrives when the evil alien was supposed to land on Earth. However, Jaco saw nothing unusual and assumed that Earth was safe. However, Jaco still needed money to get his ship off the ground. Tights contacted his father, Dr. Brief, hoping he would give them the funds. Dr. Brief arrives on the island with Tights’ younger sister, Bulma, in tow. Bulma fixed the ship and Jaco returned to space. Ten years later, Bulma, now a graduate, visited Omori and showed her two mysterious orbs, saying that she planned to use her new Radar Dragon to hunt down the others.

The last page showed a young Goku bringing fish home, just like the first chapter of the original. dragonball manga. Clarifying that Jaco was sent to protect Earth from Goku. However, he was too distracted by the chaos he had caused to notice the attack ball landing. This prequel item was heavily promoted when the collected versions of the manga launched. Viz Media’s promotional material for the English version went so far as to say that the final chapter revealed the “secret of Goku’s origins”.

Jaco is one of the most fascinating characters in dragonball history because of its unique origin. Although he plays a major role in the series’ lore, he wasn’t introduced until long after the franchise had established itself. Thus, its appearance in Dragon Ball Super may come as a shock to those unfamiliar with this often overlooked manga, as it seems to come out of nowhere, despite knowing most of the main cast.

My Hero Academia: Why doesn’t Toga Himiko have a villain name?

Jonathon Greenall has been writing for many years and has written for several websites, poetry collections and short story collections. He is also an analog game designer who has written and published several popular role-playing games. A lifelong anime fan since their early exposures to Sailor Moon and Revolutionary Girl Utena, Jonathon loves talking about anime, from big hits to weird and wonderful corners that are often overlooked. They write original short films on their blog and keep track of all their other projects on their portfolio. You can also follow them on Twitter to hear them talk about games, anime, and everything in between.