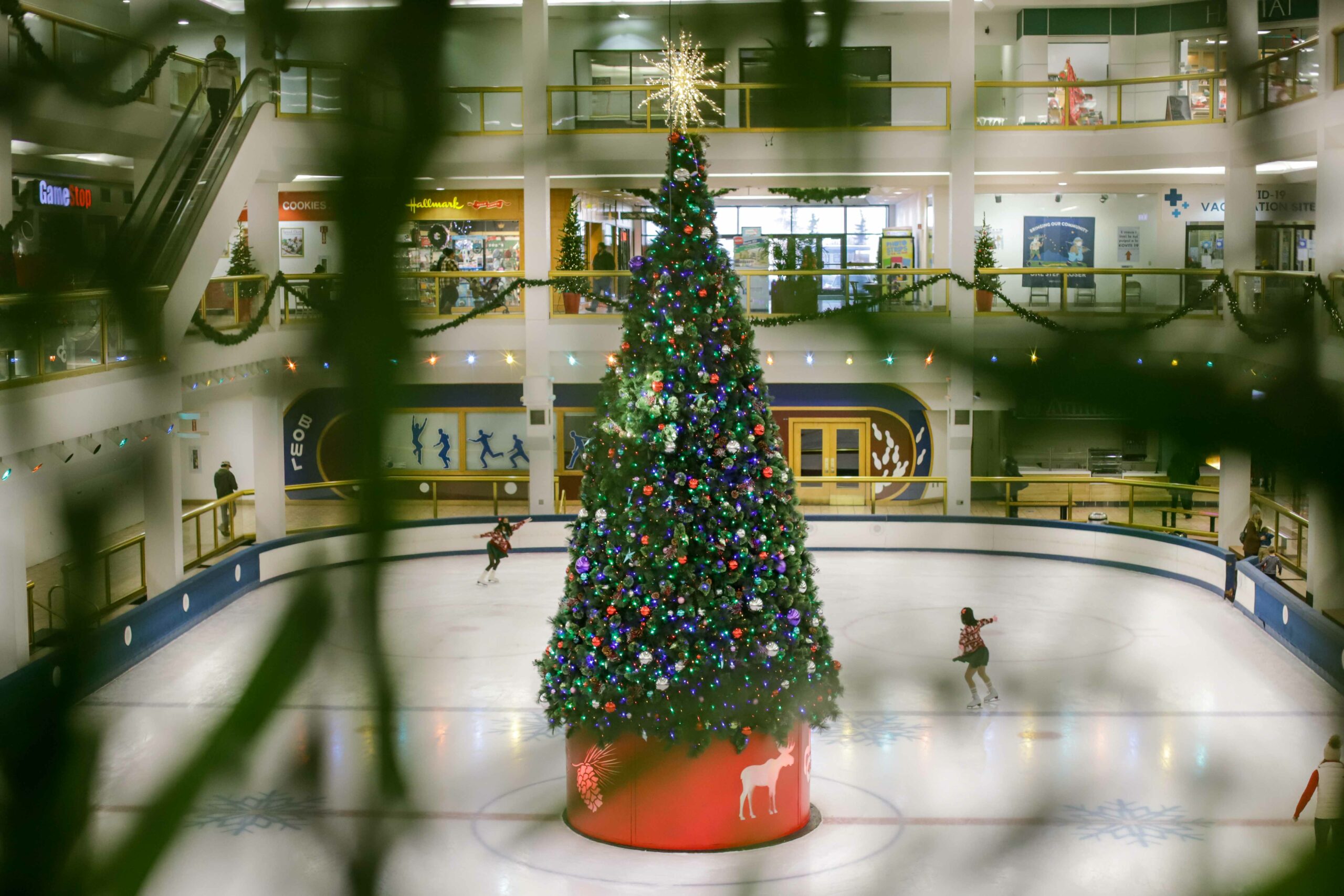 
Weeks before Christmas, Parker Helton was browsing the Dimond Mall in South Anchorage, looking for gifts with his girlfriend. Normally he prefers to buy online for convenience, but this year he is dealing with shipping delays and out of stock notices.

â€œWe definitely ordered online first, but it doesn’t look like it’s coming in time for Christmas. So we just came to get a few things, â€said Helton, who is from Talkeetna.

While things are calm around lunchtime on Monday, retailers say they are actually seeing an encouraging rebound after a gloomy 2020, despite still relatively high case rates and a new variant on the way. They say things have been pretty busy.

â€œHonestly, we’re excited to say that traffic levels are really returning to pre-COVID levels,â€ said Logan Burt, marketing director for the Dimond Center. â€œEspecially on weekends. I mean, you’re gonna have to drive a bit to find a parking space.

Burt said shipping delays are one of the factors driving last-minute shoppers to the mall. Another is pent-up demand. He said online stores may have diverted more sales at the start of the pandemic, but people are now looking to return to in-person shopping.

RELATED: COVID rages on in the United States again as Americans gather for the holidays

â€œThere was a term in the industry called ‘revenge spending’ or ‘revenge buying’ because they weren’t able to do that in person when we were locked up and so everyone wanted to. do it now, â€he said.

Data shows consumers across the country are spending more this season than last year, according to Jon Bittner, executive director of the Alaska Small Business Development Center. This is despite the higher prices brought on by inflation. He said the increase is partly due to pent-up demand, but also to wage increases.

â€œIt kind of depends on what industry you’re in, but generally speaking most of the positions out there are paying more than they’ve been in recent memory,â€ Bittner said. “I think some studies say this is a 20-year high in terms of pay increases.”

Security concerns regarding COVID are still at stake, but the vaccine has helped lower that barrier, Bittner said. And that’s good news for the local economy this holiday season.

â€œI think there’s a lot more interest in buying local, there’s a lot more people getting this message across on a lot of different platforms, and people are looking for excuses to go out and somehow support their businesses. local, â€he said.

Christmas shopping is a great excuse to visit local stores for many. Anchorage resident Josh Branstetter stopped by the mall during a break from work to look for a Christmas present for his son.

â€œI was going to get my son a Demon Slayer figure because he loves the anime,â€ he said. â€œAnd so he’s super excited. And I wanted to surprise him.

The figure was fairly easy to find, but supply chain issues made it difficult to find other things, like the Playstation 5 his son wanted or the manga books he wanted to read.

â€œI have been going to retailers for the last six months to try to get this volume. And they say, ‘Sorry, it’s sold out, you can put it on hold,’ â€Branstetter said.

Two weeks after putting the book on hold, the store called him to tell him that his wait had been extended by three months.

Branstetter is vaccinated against COVID-19 and received his booster, which he says makes daily interactions and in-person shopping safer and more comfortable this year.

â€œI did all of my shopping online last Christmas. I don’t remember if the expedition was difficult at the time. But I remember things were so crazy we didn’t even get a lot of freebies, â€he said. â€œLast year’s Christmas looks like – I don’t know, looks like a ghost. “

Burt, of the Dimond Center, said as Christmas approaches, in-person shopping is expected to remain strong.

“People like me who like to shop at the last minute – I mean, it’s impossible to order online at this point due to a shortage of stock or not being able to get here on time and so I think that it absolutely drives traffic to places like this, “he said.

He said many of the mall’s tenants are showing encouraging sales so far this season – more than half have even exceeded sales a few months from 2019, before the pandemic.

The biggest anime of the winter 2022 season

It’s time to build your credit