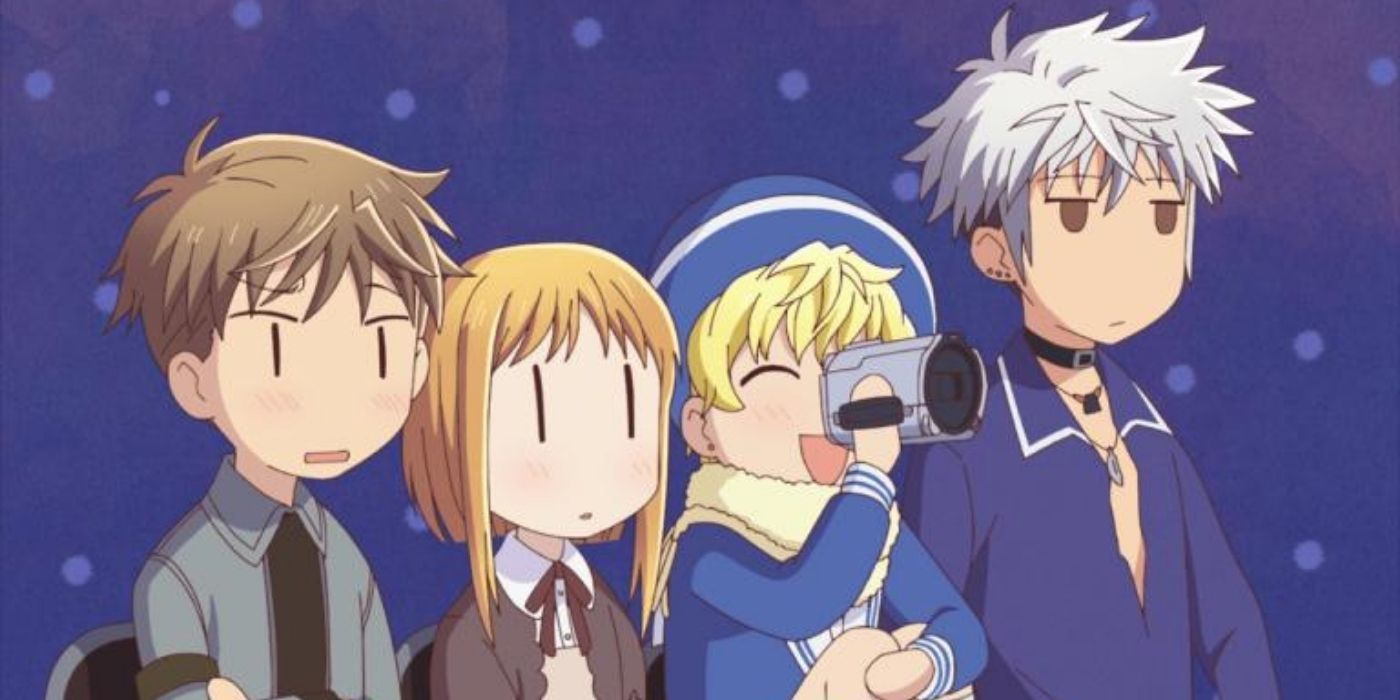 Anime Character Expressions Have Changed Drastically Over The Years

Anime is a medium that has been around for many decades, and with so much time to change, many adjustments have been made to what is considered standard in the anime industry. As with most art mediums, the style of most anime has changed drastically between classic and modern titles.

From how characters look to how they speak, there are plenty of changes to explore. Here’s a look at how anime expressions have changed so drastically over the years.

Anime, especially those from the 80s to the early 2000s, were notorious for having very exaggerated expressions. Giant mouths, bigger heads, bigger eyes – it was all expressed in a bigger and wackier way than it is today. The characters didn’t just go mad or angry or happy, they felt it and they really made sure the audience could see it.

In the past, characters literally fell to the ground if they were startled or heard something stupid. Giant sweat drops would appear if a character was infuriated. Large flesh-colored chunks with a giant bandage would form on the character’s head if they received a good beating in that area, accidental or otherwise. If a character was sad, a fountain of tears would comically stream down their face. And if a character was particularly angry, their head would turn red and grow bigger than their entire body, their mouth would grow sharp fangs, and a giant red vein would pulsate on their forehead.

Modern anime characters still express themselves in a way that only anime characters are capable of, but it’s far less over the top compared to their predecessors. Sweatdrops and pulsating veins have shrunk in size while phrases like “anime drop” or “anime mass” have become a rarity at best. When characters cry, this is often shown more realistically, as are wounds and expressions of anger or happiness. This is because most modern anime prefer to use more realistic expressions as opposed to the more cartoonish expressions of yesteryear.

RELATED: Doraemon: How to Get Started With Anime & Manga

A change in artistic styles

Along with a change in expressions, there has also been a change in how classic anime characters look compared to modern characters. Older anime were notorious for having big eyes and unrealistic proportions, especially for shows aimed at children and shojo anime. By comparison, modern cartoons feature smaller eyes and more realistic proportions, although many children’s cartoons still feature more cartoonish proportions, especially those that are long and continuous like Doraemon and Shin-chan’s pencil.

Older anime characters also had sharper features, especially around the head. In manga and anime these days, characters are drawn with much softer strokes, with an emphasis on softness around their cheeks. However, this new direction allows anime that has less realistic proportions to stand out more. Shows like Mob Psycho 100, BNA: All-New Petand Ranking of kings were all praised for their more unique appearance combined with stunning animation despite maintaining simpler art styles. This proves that having more realistic designs does not necessarily guarantee a better looking show and even allows animators more freedom in character expression within such shows.

RELATED: Why Zoids: Chaotic Century Is So Much More Than Just A Kid’s Anime

Are the changes good?

So the question remains: have all these drastic changes been for the better? Ultimately, the answer to this question is subjective. There are pros and cons to expressions of the old and expressions of the new. Older expressions were more distinctive, so much so that many Western shows frequently used them to imitate or parody anime styles, such as the 2003 iteration of Teen Titans.

But the switch to a more realistic look and mode of expression works in favor of more serious shows. To have characters crying literal stunts of their eyes would feel completely out of place in a show like The attack of the Titansbut the same expression would fit very well in the more comedic spin-off, Attack on Titan Junior High. In this sense, the type of style and artistic expression that works best also depends on the genre of a show.

Perhaps this is why many comic cartoons still retain some of the more over-the-top expressions found in modern cartoons. Although that doesn’t necessarily mean that all comic anime do. Most slice-of-life anime, or really, any anime grounded in some level of realism, will lean more into less exaggerated expressions. For these shows, most of the time, the jokes will end up relying more on the voice actor’s delivery of lines. This is where the exaggeration comes in. In tone of voice, rather than a character’s facial expressions.

Even anime shojo, which is known for being the biggest author of anime’s most infamous art style, has moved away from this look in recent years. Again, it’s mainly shojo anime aimed at young girls that still retain this style. Compare and contrast shows like Orange, my little monster, and My love story! to older shojo anime like ALice Academy, host club of Ouran High Schooland Special A. Characters in later shows have much larger eyes and leaner proportions than characters in earlier shows.

Even just comparing how the characters in the 2001 version of Fruit basket to the 2019 version would be like comparing day and night. Again, the characters from the 2001 version have much larger eyes and leaner proportions compared to how they appear in the reboot. This is also consistent with the manga’s art style, as older volumes also feature less realistic designs compared to later volumes.

It remains to be seen if these older expressions will ever return, but there are definitely some fans who miss them. Many of them have become almost anonymous in the anime medium, so much so that they are still used to this day, albeit in lower doses. Like most artistic mediums, anime is constantly evolving, and chances are it won’t stop changing and evolving anytime soon.