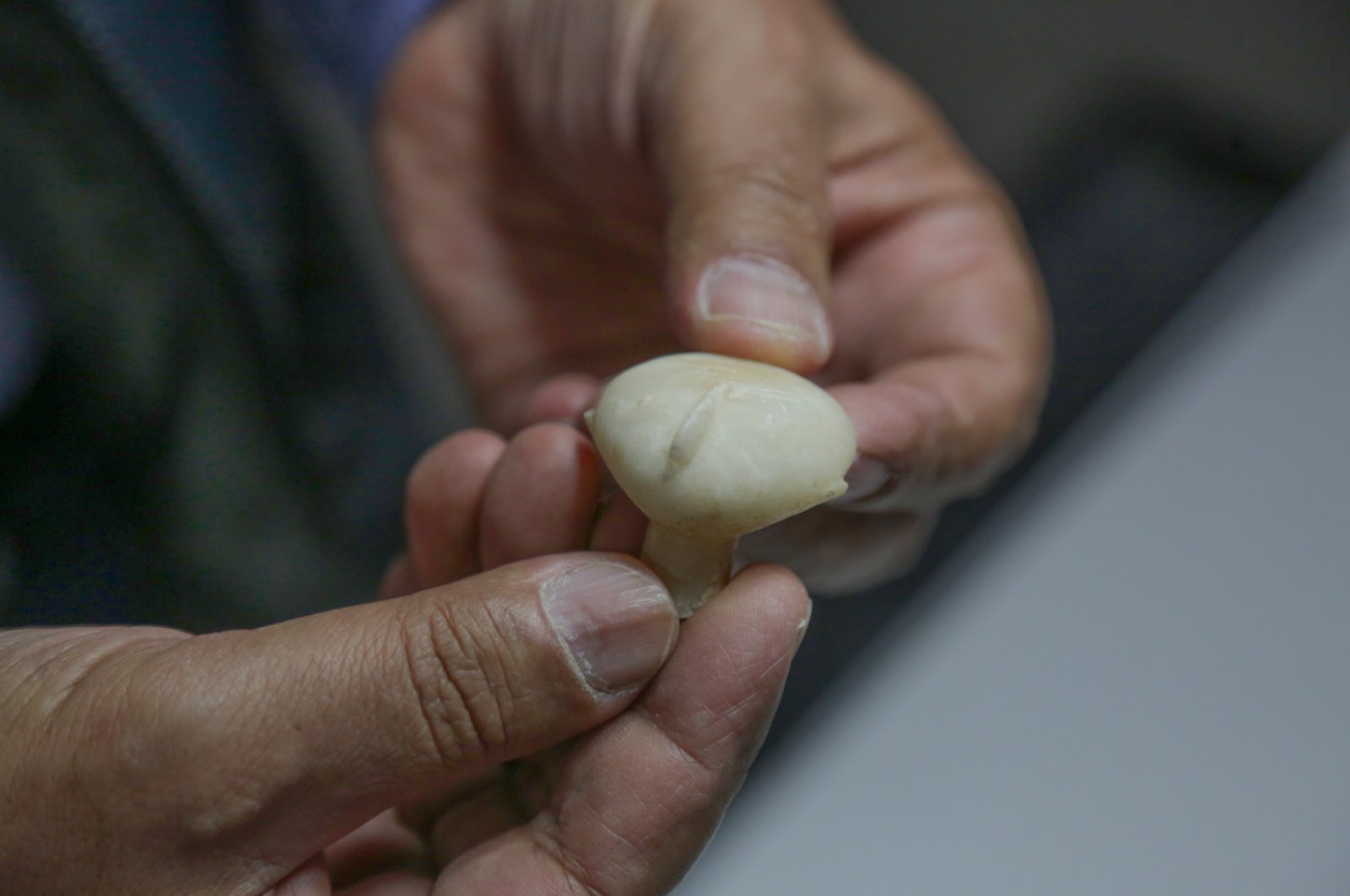 The head of a historic idol, considered one of the rarest examples of its kind, was discovered during archaeological excavations in the ancient town of Beçin, Milas district, Muğla, southwest from Turkey.

Professor Kadir Pektaş, senior lecturer in the art history department of the arts faculty of Istanbul Medeniyet University and leader of the ancient city excavation team, said they were very enthusiastic about the discoveries made in Beçin.

Pektaş said that this year a very rare artifact was unearthed during the meticulous excavations carried out in the ancient city which also served as a castle.

“Very beautiful ceramics and small finds were discovered in the work we carried out in the inner castle. One of them was the head piece of the Kiliya-type idol known as “Stargazer” or “Starwarrior,” Pektaş said.

Elaborating on the details of the female idol’s head in marble, Pektaş said, “This is a sample that dates back to 3000 or 3500 BC and is very rarely found in excavations. There are only 30 samples of the figurine – which would have been used for prayers and worship – known in the world, ”he told the Anadolu Agency (AA).

“The ‘Stargazer’ idol is found in the Aegean Islands and Western Anatolia. (This sample) is precious because it is the first unearthed in the ancient city (Beçin) and in the region. We know that none were found during excavations carried out near this site.

“In this regard, it gives us an important clue about the early periods of this region. “

The marble idol is called “Stargazer” – a colloquial title – because of the slightly tilted backward angle at which the large head rests on the slender neck, giving the fanciful impression of the figure looking up at the sky.

There are only about fifteen complete idols in the world, although other fragments, especially heads, have survived.

Most of the complete figurines found were broken at the neck, suggesting that the sculptures were ritually “killed” at the time of burial.

Excavations are carried out regularly in the ancient city, which has been on the UNESCO World Heritage Tentative List since 2012. Restoration efforts are also underway at the site to make the historic place a tourist attraction.

Pektaş noted that the pieces of ceramic pots brought to the excavation house after being removed from the ancient city have been carefully put back and restored for display and to encourage tourism.

Noting that there were Hellenistic and Mycenaean ceramics among the finds, Pektaş added that this provided very valuable information about the history of Beçin.

Keep up to date with what is happening in Turkey, its region and the world.

I am on disability and I am divorcing. How can I keep my house with a low income and a good credit rating?