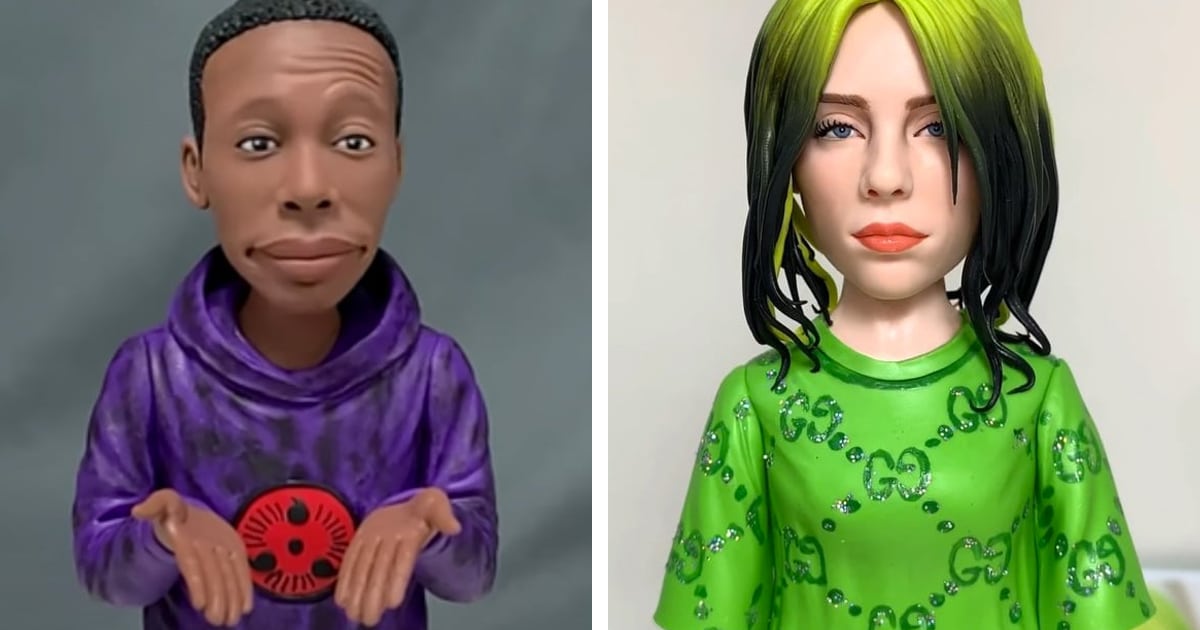 A sculptor known simply as Jay recreates some of the world’s biggest stars using polymer clay. Through his Artisan Store studio, he makes small figurines of celebrities such as Lionel Messi, Chris Hemsworth, Kim Kardashian, Ariana Grande and many more. Each piece contains an incredible level of detail rendered on a small scale; Jay conveys the fine facial features of these famous characters and gets so gritty that he sculpts strands of hair and seams of clothing.

Jay offers insight into his process through time-lapse videos. One popular piece is a sculpture by Khaby Lame, a Senegalese social media star known for his silent mockery of overly complex lifehack videos. To begin the artwork, Jay starts with a lump of clay, then uses sculpting tools to develop and articulate Lame’s features, including his signature smirk. After finishing Lame’s face, he then sculpts the body of the figure which includes another signature of the star: the way Lame holds his hands in his videos.

Scroll down to watch Jay work. If you want one of his figurines for yourself, custom sculpts are available in the Artisan Store.

A sculptor known simply as Jay recreates some of the world’s biggest stars using polymer clay.

Through his Artisan Store workshop, he makes small figurines of celebrities and pop culture characters.

He shares his process in fascinating videos.

…to social media stars like Kim Kardashian and Khaby Lame.

Crafter slices blocks of polymer clay to reveal vibrant designs that hide within.