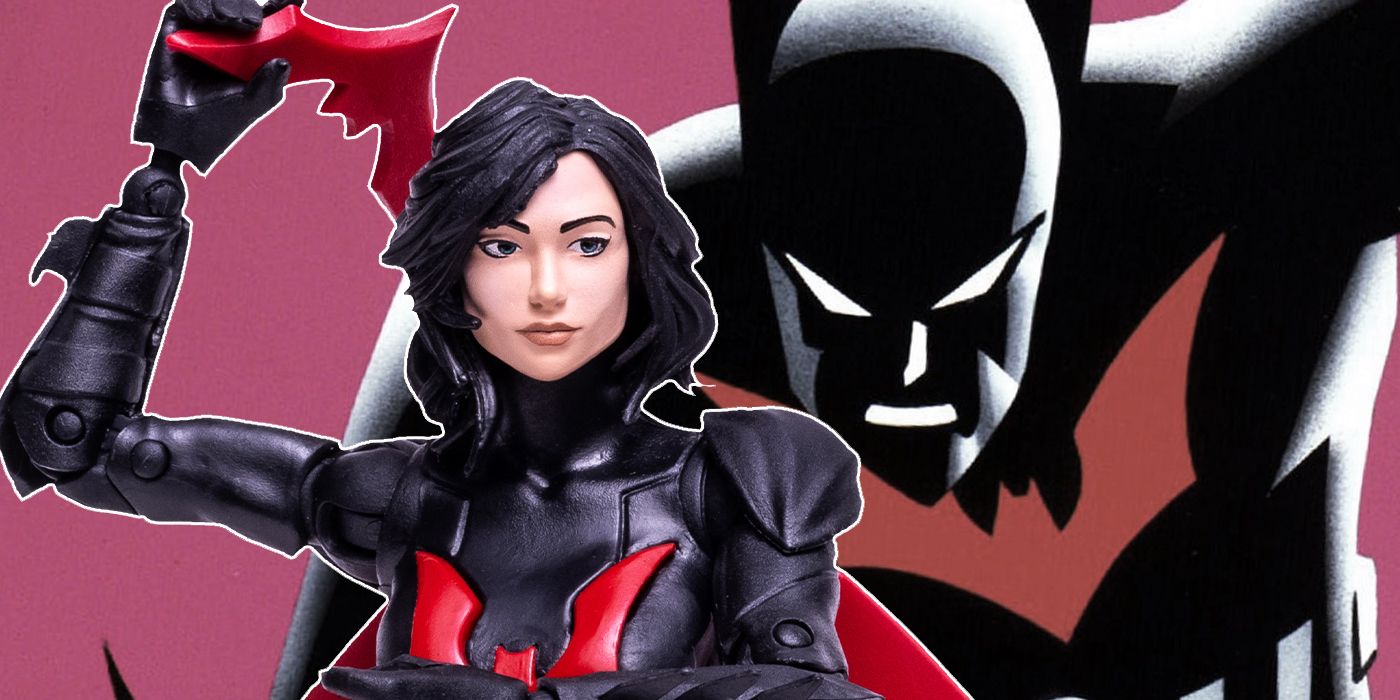 Batwoman Beyond debuts at McFarlane Toys with unmasked figure

The MacFarlane Toys Batwoman Unmasked Figure, which costs $ 19.99, is “designed with Ultra Articulation with up to 22 moving parts for a full range of poses and play” and includes alternate hands, two blasters, a batarang, a base and a collectible art card that features Elainna’s biography on the back.

RELATED: A Beloved DCAU Romance Was Key to Unlocking One of DC’s Most Powerful Elements

According to the description of the toy, “when Batman (Terry McGinnis) goes missing after losing his memory and having his identity stolen by False Face, Dick Grayson’s daughter, Elainna, tracks down the bat costume and takes it for herself. Against her father’s will, she goes on to become Neo-Gotham’s new superhero, but does her best to keep her identity a secret. Eventually her father finds out, but it’s too late for her. town has a new protector: Batwoman!

Elainna Grayson is the daughter of Dick Grayson, known as Batman’s former sidekick, Nightwing. She first appeared in 2018 Batman beyond # 25 (written by Dan Jurgens, illustrated by Cully Hamner, Marco Santucci and Val Staples) and became Batwoman after Terry McGinnis suffered amnesia and had his identity stolen by the villainous False Face.

MacFarlane Toys’ Batwoman Unmasked figure isn’t the only one Batman toy that promises to be to the delight of superhero fans. Sideshow Collectibles recently unveiled a 31.5-inch statue that recreates the iconic Frank Miller and Lynn Varley cover Batman: Return of the Dark Knight # 1 (1986), MacFarlane Toys releases Robin, Batgirl, Nightwing and Red Hood action figures for the next game Knights of Gotham and a dozen different Funko Pop! numbers for Matt Reeves The batman were recently disclosed online.

There have also been multiple developments in the Batman multimedia franchise beyond toys. Most notably, Reeves’ film is set to debut in theaters on March 4, and a new promo shows how Batman and Catwoman make “an infernal duo.” Additionally, screenwriter and comic artist Sean Gordon Murphy will continue his unique take on the Dark Knight world with Batman: Beyond the White Knight, scheduled for release this year. The story will resume after its previous one White knight intrigues and will see Terry McGinnis join in on the action.

Pre-orders for the Batwoman Unmasked figure are currently available through McFarlane Toys’ Store, GameStop, Target, and Entertainment Earth. The figures should be sent out sometime in March.

KEEP READING: The Batman: These Joker Theories Have Been Refuted – For Now