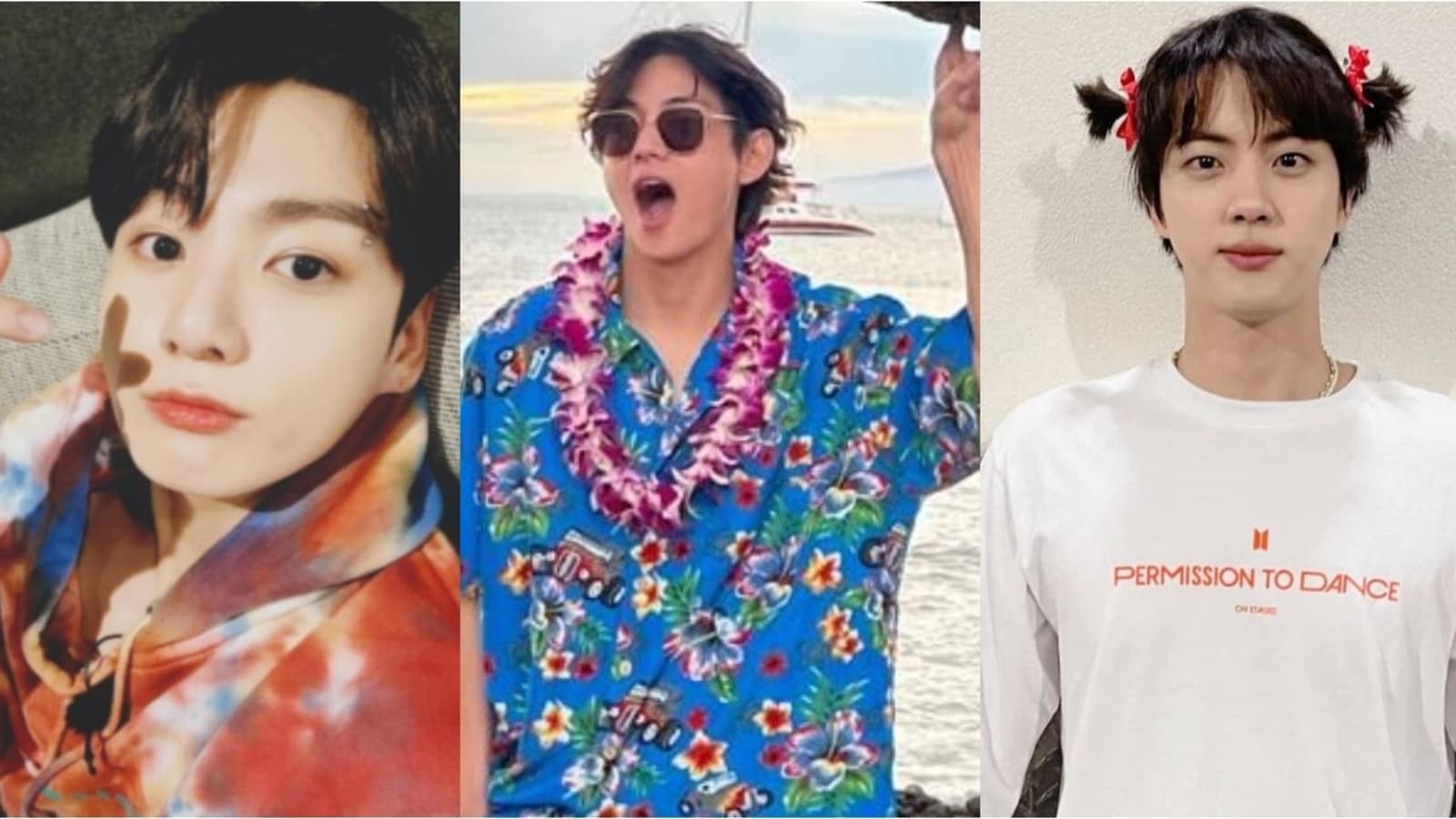 BTS members RM, Jin, Suga, J-Hope, Jimin, V and Jungkook are blowing up our phones with their many messages on various platforms. The members, who already had individual accounts on Weverse, opened their solo accounts on Instagram and shared posts on the platform.

BTS member Jungkook, who is currently in quarantine after BTS’s trip to the United States, took to his Instagram Stories and shared a video with his dog Bam on Friday. As he played with his pet in the room, fans noticed a number of Marvel figures in the background.

Fans noticed Captain America minifigures, Deadpool, merchandise from one of the Avengers movies, and a Stan Lee minifigure dressed as an astronaut, as seen in Guardians of the Galaxy Vol 2. An Aquaman minifigure has also seen in the room.

BTS has opened up about their love for Marvel, with Jimin’s song Friends also appearing in Eternals this year. Members were also asked about their favorite Marvel characters during an interview with Amp Radio in LA in 2019. While RM, Jimin and Suga chose Iron Man, J-Hope chose Thor, V chose Dr. Strange and Jin chose Spider-Man. However, Jungkook chose Marvel villain Thanos.

On the other hand, on Friday night, BTS V and Jin appeared to be having a long-distance drinking session. The members, who are also in quarantine, traveled to Weverse to reveal they were sharing a drink in different locations.

As translated by the @BTStranslation_ Twitter account, V informed fans, â€œI’m in quarantine, you know? So you gotta play with me for 10 days, okay? Jin replied to his message, “Let’s go have a drink.”

â€œSince Seokjin and Taehyung are in separate quarantine, have a drink (together) online hahaha please have a drink with Seokjin,â€ one fan wrote. V replied, “Just got a video call (from Seokjin) suggesting we have a drink online, I declined.”

When asked by a fan why he declined Jin’s offer, V revealed, â€œWe had a drink together earlier, but now hyung just said (his phone) has no battery. and hung up. ”

Jin, responding to one of V’s messages, said he plugged his phone in to charge because there was only four percent battery left. â€œI’m charging the battery (of my phone) right now, it’s 4%, wait for me,â€ he said. However, V replied, “I am drunk, (I stop) until today.” V also ended up sharing a video, giving a preview of his drink.

BTS members Jungkook, Jin, Jimin, and V returned to South Korea after their trip to the United States. While the members are in quarantine, RM, J-Hope, and Suga are still in the United States, spending their free time exploring and traveling.

You need to play the most underrated RPG of 2021 ASAP