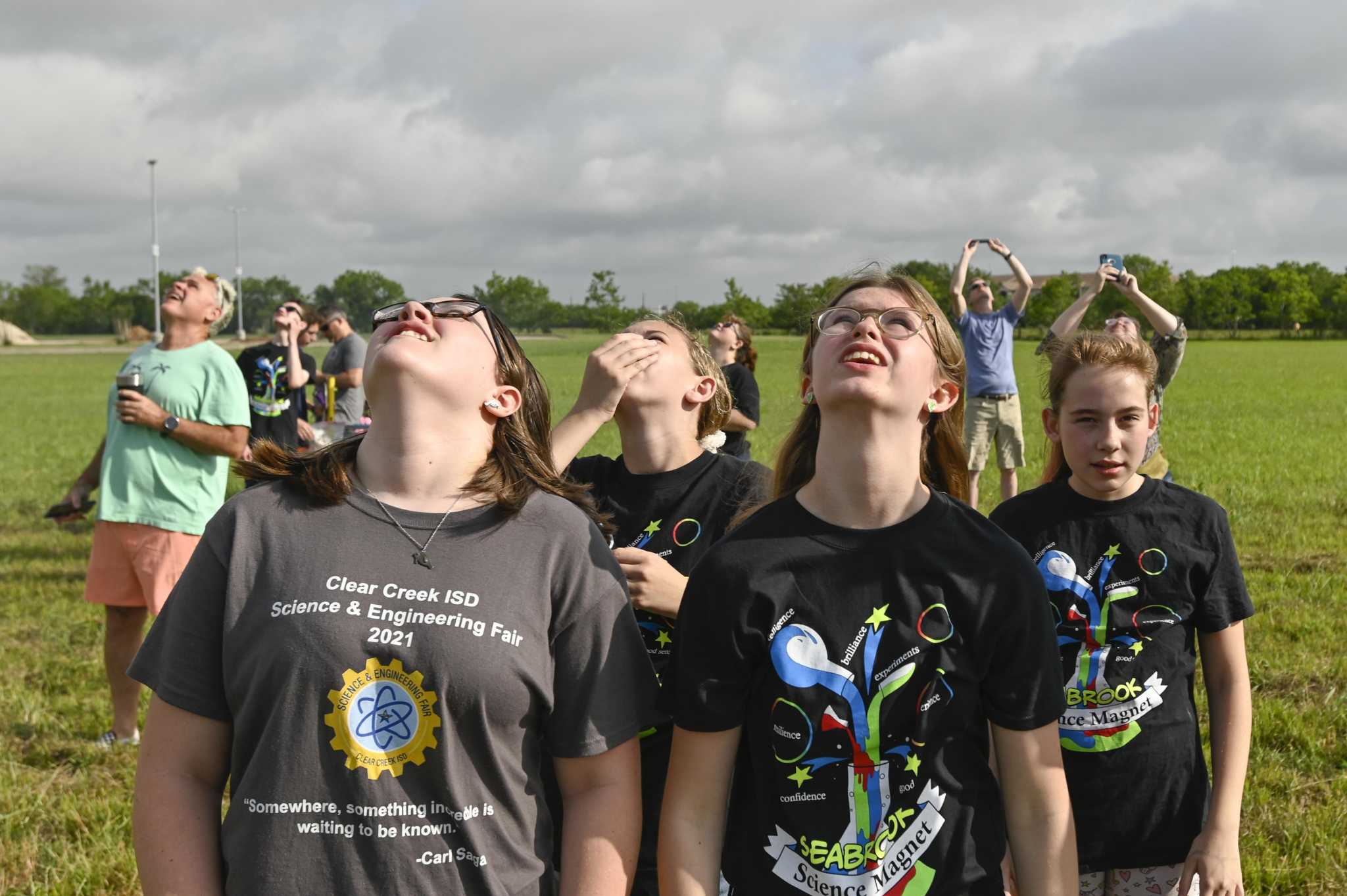 The girls fell silent as their model rocket began to beep.

The chirping altimeter told them how high their rocket was flying, but they had to count.

“I hope there is an eight. It would be pretty bad if there wasn’t,” 14-year-old Cara Anderson replied.

They wanted the rocket to reach 810 feet. So they waited for the altimeter to reset, then they counted. Eight beeps. Pause. 10 beeps. Pause. Six beeps.

This meant that their rocket was flying at 806 feet. And a stopwatch checked by National Association of Rocketry volunteer Harold Larson showed their vehicle was airborne for 41.6 seconds.

The Seabrook Intermediate School girls’ team, ironically named the Penguins for the flightless bird, is one of 101 U.S. teams that have qualified to compete in the 2022 American Rocketry Challenge National Finals. was selected from more than 720 teams and will travel to The Plains, Va. – just outside of Washington, DC – next weekend to compete.

An all-male team from Seabrook Middle School and an all-female team from César E. Chávez High School in Houston also qualified for the finals and will travel to the DC area.

These teams are vying for $100,000 in prize money and the title of national champion, which includes an all-expenses-paid trip to London for the international final. The top 25 teams will receive invitations to the NASA Student Launch Workshop.

Students from the three teams gathered in a field outside the Challenger Columbia Stadium at Clear Creek ISD on Saturday to refine rockets they had designed with computer software and built using cardboard tubes and nosepieces. in plastic.

The rockets are launched with two raw eggs that represent the passengers, and they are powered by ammonium perchlorate and powdered aluminum. An electric igniter is used to launch from a safe distance.

On competition day, officials will toss a coin to determine if the rocket should aim for 810 feet or 860 feet. It’s OK to go above or below these heights, but the goal is to get as close to them as possible. Rockets should also strive to be in the air for 41-44 seconds.

Students reach these different heights by adjusting the weight of their rockets. This is a delicate and time-consuming process where students add and remove modeling clay from inside their vehicles. Heavy rockets won’t fly as high and they will descend faster. Lighter rockets go higher and float longer.

Students can also adjust their parachutes to find the best deployment configuration in the air. They have to solve the problems by themselves because the adults cannot help during the final competition.

“I don’t want to tell them because I know they have to figure everything out on their own,” said Maqsuda Afroz, the Chávez high school team adviser.

The Chávez team, which created a hot pink rocket with a spider and named it Andrew Garfield for the actor who played Spider-Man, opted to go heavy for the first launch. The 455 gram rocket stayed in the air for 34.8 seconds and reached an altitude of 732 feet.

They removed the clay before the second launch. The 430 gram rocket reached an altitude of 890 feet and remained aloft for 47.2 seconds.

“We could just add a bit of mass, and it would work,” said 18-year-old Judith Tovar.

For its final launch, the rocket weighed 447 grams, reached an altitude of 838 feet and remained in the air for 42.09 seconds.

And “41 to 44 (seconds) is perfect,” said Larson, the National Association of Rocketry volunteer.

This is trial and error as each launch generates new data for students to consider. It’s also fun.

For some students, this competition will be the first time they have flown in an airplane and visited the United States Capitol.

Afroz, the advisor to Chávez’s team, thinks extracurricular activities like this can inspire students to dream big and pursue their education.

“Clubs can become the reason kids graduate,” she said.