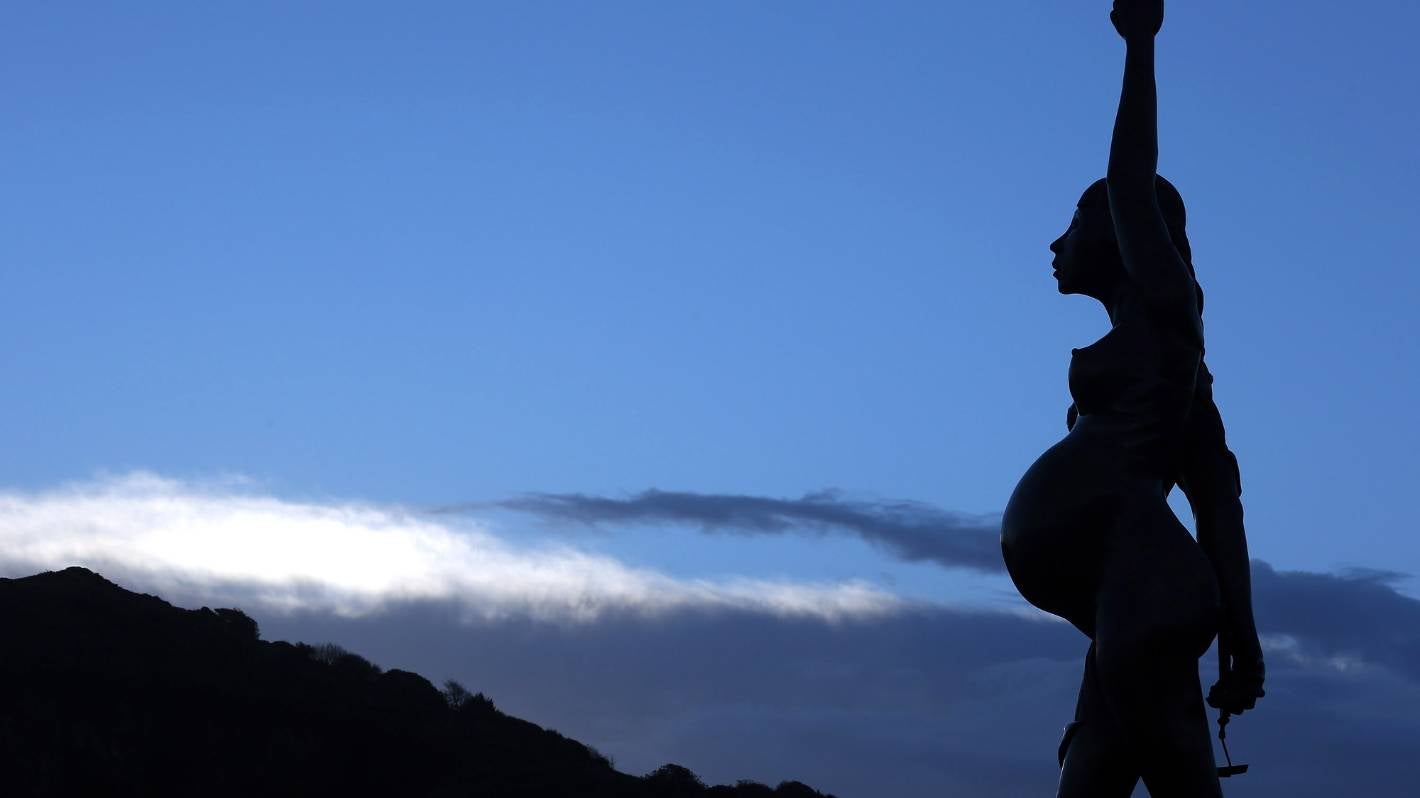 OPINION: Seven months ago, when I found out I was pregnant, I felt like I was going to get pregnant with my eyes wide open. I longed for a chubby little baby, yes, but I had no illusions about a child who would make my life suddenly complete and useful, or who would offer the opportunity to remake my own catalog of impairments and disabilities. chess.

I knew my kid would be his own person, not a carbon copy of me or my fiancé, and I even recognized the faint but horrible possibility that he would grow up to be a moderator on an alt-right subreddit. I knew newborns defecate, urinate and cry out bits of humans who can’t even smile until they are six weeks old. I felt prepared.

Of course, I now know that I was not and am not prepared at all. Not only for the actual part of delivering and raising the baby, but more surprisingly, I was terribly and hopelessly naive about the reality of just existing in a pregnant body.

Basically it is an absolute spirit ….

Back in the days before, I thought that pregnancy would be the one time in my life where the relentless pressure to conform to a particular body ideal – to be thin – would go away. I happily and guilt-free envisioned myself “eating for two,” growing up happily and bouncy a week, staying active, and generally relishing nine months of complete freedom from the tyranny of diet culture. It was a beautiful fantasy. Unfortunately, it was crushed a few days after the pregnancy test ink dried.

I made an appointment with my GP, who casually blew me off the scales. It was a bad start: after spending my busy formative years doing unnecessary and strenuous daily weigh-ins these days I don’t keep scales at home anymore, mainly because they are one of the few items inanimate capable of completely ruining my day. . Other weighings followed every fortnight. I started making appointments in the morning only, to make sure my weight was not swelled by a gut full of food and water, and I made a point of wearing only my clothes. lighter and take off my shoes.

READ MORE:
* Pregnancy pillows: do they really help?
* Seven reasons not to compliment someone on weight loss
* Pregnant woman tells body detractors to back off: “My uterus is growing upside down”

I have read books and brochures on pregnancy from the Department of Health. As it turns out, far from pregnancy being a period of satisfied fattening, there are strict guidelines for weight gain and diet. No extra calories are required in the first trimester, 200 extra calories in the second trimester and 300 in the third (“the equivalent of a whole cheese and tomato sandwich!”). The books offered inane advice like “craving ice cream?” Try sipping a strawberry smoothie instead! Threatened gestational diabetes and a giant-headed mutant baby if weight gain goals were exceeded, and recommended “thinning” vertical stripes and contouring makeup to give the impression of cheekbones. My rational brain was appalled at the condescending tone of it all. My irrational and emotional lizard brain made me download MyFitnessPal, start logging my daily calories, and feel unable to consume much more than I strictly needed.

I went on social networks. It turned out that pregnant bodies are far from devoid of bodily ideals. The perfect pregnant woman’s body has toned and slender limbs, a finely shaped jaw, a perfectly round, naughty and perky belly, and does not look pregnant from the back. Being told that you are “all belly” is considered the ultimate compliment in pregnancy circles. Oh, and there are two types of bump: the “D” shaped bump, which is the smooth, round, smuggled type of a beach ball, and the lower “B” shaped bump, which hangs low, and presents an unsightly roll of fat between the bump and the breasts. Pregnancy forums are full of women asking if they should wear underwear to smooth out their “B” bump, and hopefully wondering if that could turn into a “D” bump down the line.

By the time the second trimester arrived and I started looking noticeably pregnant, all of these had combined to make me more aware of my body than I had been in years. My legs and arms were bigger, my face was bigger, my butt was flatter, any muscle tone I once had seemed to have been replaced by cellulite. I had a “B” bump.

I was certainly not ‘all over the stomach’ and was already approaching my heaviest weight ever, last reached in 2010 after a long period of frenzy of whole loaves of bread and jars of hummus. family size alone in my room at University.

I even exceeded my third trimester calorie intake every day, but I didn’t know how to stop eating because it was the only thing that calmed my constant nausea. And not only did I barely recognize my body in the mirror – hello, incredibly huge areolas, sweaty resting on the grease of my ribs – but I found a new way to fail – in a functional sense – on a quasi-basis. daily.

First of all, the nausea and vomiting, which never go away. Then I had acid reflux, which made it difficult for me to sleep at night and choke on my own stomach acid. Then I had something called pubic symphysis dysfunction, where your pelvic ligaments are so loose that when you walk you feel like your vagina is torn in half. I felt so exhausted, sick and sore all the time that my visions of a “healthy pregnancy” quickly evaporated. My workouts, which before pregnancy consisted of rock climbing and pull-ups, turned into lying on the floor watching classic episodes of The Simpsons with a mini band around my knees, sometimes performing a glute bridge without enthusiasm.

Then, just as my relationship to the appearance and functionality of my body reached a deeply unpleasant nadir, the stares, comments, pricks, punches, punches and touches from everyone, strangers to colleagues passing by vague acquaintances, began.

“Wow, your form has really changed this week! “

And that’s when I realized that pregnant women’s bodies were public property, there to be ogled, commented on, touched, and asked intrusive questions. And apparently we’re supposed to either casually laugh at it or just learn to tolerate it as part of the course of gestation.

On the one hand, I understand a little. In a society that has almost entirely sequestered the filthy and vile reality of the human being – of birth and death – in the public eye, a baby’s full womb is so blatantly primitive that it has a way of attracting attention. But why is it so difficult to keep this fascination for the openly fruitful to yourself? We are in 2021. #MeToo has arrived. Most of us have successfully adjusted to a world where random, non-consensual touching and commenting on a person’s body is prohibited. But apparently by the time that person is pregnant, it all goes out the window. I mean, in what other situation is it okay to say to another person “My God you are huge”, other than maybe when greedily revealing a penis to a new lover? In what other situation is it okay to push a colleague or acquaintance in the stomach?

I can only conclude that all of the advancements feminism has made over the past 50 years become irrelevant when it comes to a pregnant body. It’s bad enough that the tone of the medical establishment’s news is infantilizing, demeaning the body, and resembles an insidious hangover from the days when female body policing was in order. It’s even worse than making intrusive and critical comments about a pregnant person’s body, and touching it without asking, is apparently okay – no matter how embarrassed the pregnant person might be, feeling like 10 different types of s …, and desperately struggling to adapt to a body that feels alien in form and function.

Obviously, we need some sort of #MeToo style math for pregnant people. Because treating ourselves this way – at a time when our bodies are and will continue to change, in bewildering ways – has a way of confusing our heads.