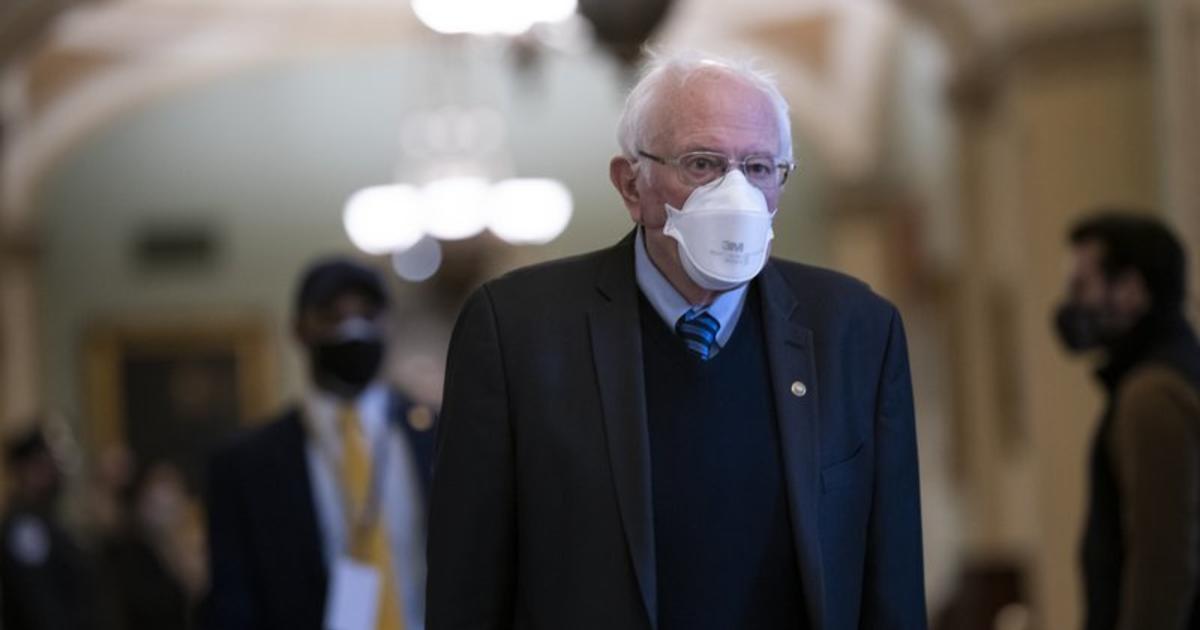 As President Biden weighs executive action to cancel up to $ 50,000 in student loans for each borrower, Senator Bernie Sanders of Vermont and Congresswoman Pramila Jayapal of Washington on Wednesday introduce new legislation they say would help cope with soaring costs of Higher Education.

“If we are to have the standard of living that the American people deserve, we must have the best educated workforce in the world,” said Sanders, an independent who caucuses with Democrats, in a statement. “It is absolutely unacceptable that hundreds of thousands of bright young Americans do not go to college every year, not because they are unqualified, but because their families do not have enough money.”

The proposal comes as some Democratic lawmakers have urged the president, who initially backed $ 10,000 in student loan relief, to cancel up to $ 50,000 in student loan debt. Over 44 million Americans are burdened with student loan debt and total debt topped $ 1.7 trillion last year. Supporters argue the move would relieve millions of Americans in debt and spur economic growth. Critics question the fairness of the move and claim it does not address the underlying high costs of the university.

The new proposal would double the maximum federal Pell grant to $ 12,990, from $ 6,495 currently, and allow students to use the money to cover other college-related costs, such as accommodation and books. The amount of the grant would also be linked to inflation and extended to Eligible Dreamers, people who were brought to the United States illegally as children.

Their proposal would also triple federal funding for programs that help identify and provide services to students from disadvantaged backgrounds – low-income students, first-generation students, or people with disabilities. That would double the money for Gear UP, the grant program that helps prepare low-income students for college.

In an effort to pay for the proposal, Sanders will also reintroduce legislation on Wednesday that imposes a tax on transactions in 0.5% stocks, 0.1% bonds and 0.005% derivatives. According to the senator, the plan would raise up to $ 2.4 trillion over 10 years. Democratic Congresswoman Barbara Lee of California is set to reintroduce tax legislation in the House.

The College for All law has been approved by at least eight unions and more than two dozen national organizations, including progressive organizations such as Justice Democrats and MoveOn.

“A successful transition to adulthood is an essential measure of the well-being of children and youth,” said Reverend Starsky Wilson, President and CEO of the Children’s Defense Fund, in a statement supporting the initiative. “With 6 in 10 American jobs requiring education beyond high school, our children will not thrive without these doors being wide open.”

The legislation mirrors part of Mr. Biden’s educational platform during the election campaign. During the election, he called for two years of community college and other trade schools to be free, as well as to make public colleges and universities free for families earning less than $ 125,000. Its platform also included the doubling of Pell grants. But the plan still faces a tough climb in Congress, including how it will be paid, as Democrats hold a slim majority in the House and the Senate is split 50-50.

Meanwhile, on Tuesday, Senators Elizabeth Warren, of Massachusetts, and Rev. Raphael Warnock, of Georgia, sent a letter to Secretary Miguel Cardona urging the Department of Education to remove federal student loan borrowers from default. after COVID relief measures halted payments and interest amid the pandemic.