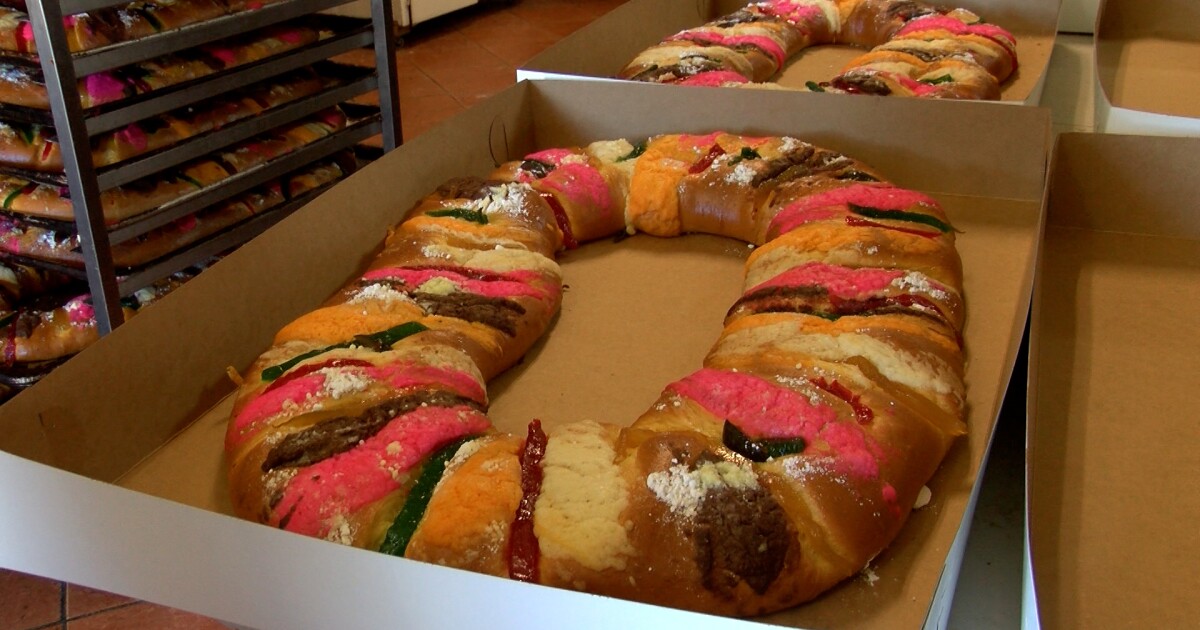 the Rosca de Reyes is a unique bread.

“We just make hot chocolate and we eat our Rosca with our children. We try to pass our traditions on to our children, â€said Eunice MacÃ­as, who participates in this tradition every year.

Reyes Day is known as the Day of the Three Kings or the Day of the Epiphany, a Christian holiday during which the three wise men brought gifts to the baby Jesus.

“We put a shoe under the tree or a stocking and instead of filling the Christmas stocking, we fill the stocking with Rosca de Reyes”, recalls Patricia OrtÃ­z, who bought a Rosca de Reyes at PanaderIa Mana in Santa Maria on Thursday.

This is why there are baby Jesus figurines hidden inside the bread.

â€œI just keep them and have them as a collection,â€ said Juan Vargas, who went with his mother and brother for a traditional bread.

There are consequences for whoever obtains the figurine.

â€œYou’re supposed to be making tamales on February 2, so that’s tradition,â€ MacÃ­as added.

Mana has existed for 25 years in Santa Maria. Every January 6, the bakers arrive at 6 a.m.

A giant mixer runs nonstop to make the fluffy dough.

Oziel MartÃ­nez is a baker in Mana. He explained that they mix milk, water, eggs, sugar and other spices.

Then it’s time to weigh each batch to make this oval shaped loaf.

MartÃ­nez explained that they add sugar paste and dried fruits on top to decorate the bread, then they are ready to go in the oven.

After the Roscas cool, the workers hide the figurines of the baby Jesus.

Rosa LeÃ³n, the manager of Mana, has said that January 6 is the busiest day of the year for them, so they are preparing a month in advance. They assemble boxes and place orders to make sure they have enough ingredients.

Although it was hard work, the bakers said they were proud to carry on this Hispanic tradition for the community of Santa Maria.

â€œI did this with my traditionally growing family as well as with my husband and his family,â€ OrtÃ­z said.

10 mecha anime everyone seems to love or hate

Should you co-sign on a credit card?