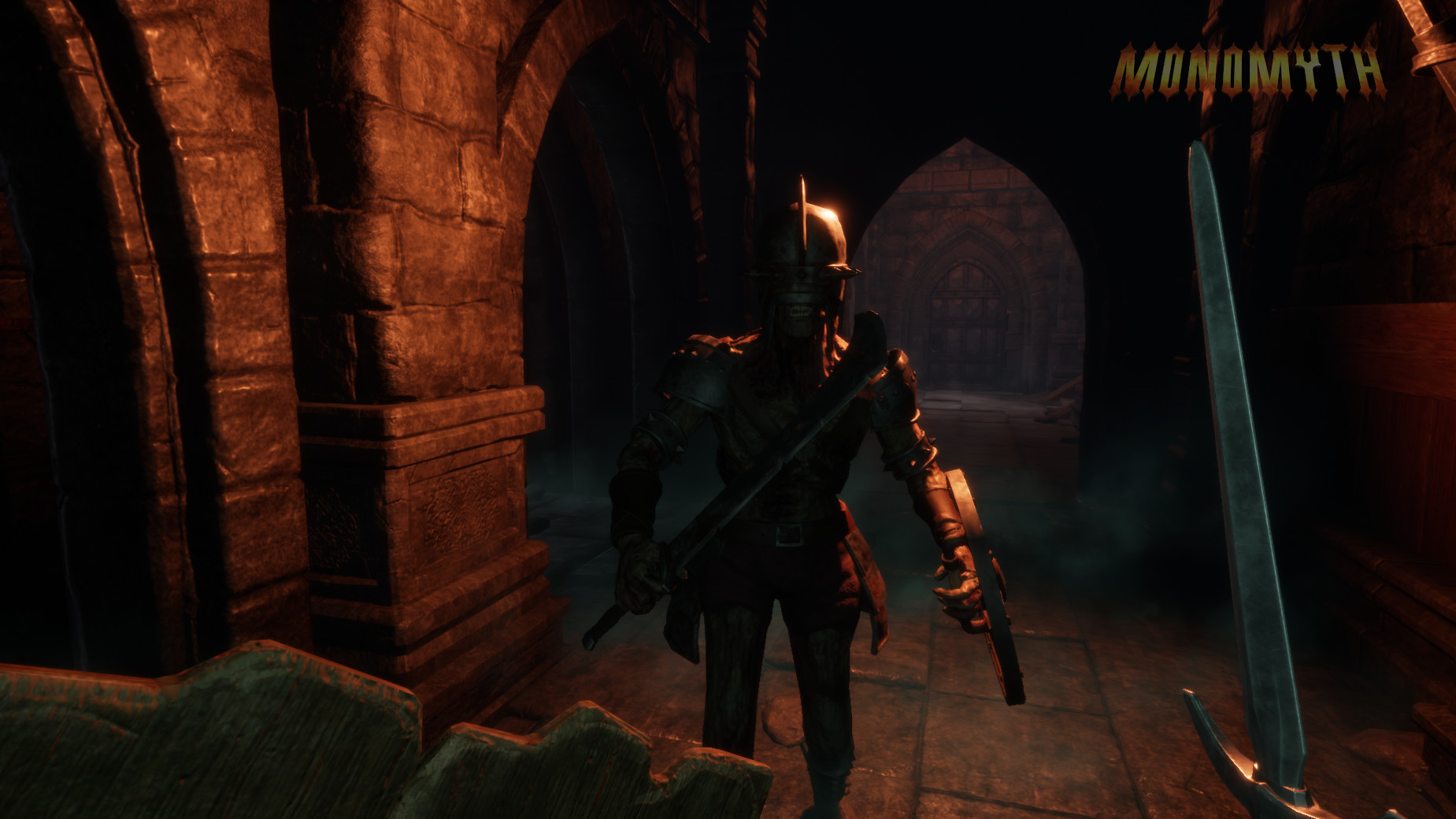 Dungeon-Crawling RPG Monomyth Gets Gameplay Trailer Ahead Of Kickstarter Debut

The trailer was released to announce the upcoming debut on Kickstarter. The game has been in development for a while by a solo developer, but the developers see the crowdfunding platform as a way to raise funds to recoup the growing development costs as release nears.

The game is slated to launch in Q2 2022 and it already has a Steam page for you to enjoy.

You can check out the trailer below and read an official description.

As the sun sets over the empires of mankind and civilization crumbles under great storms ravaging the surface of the world, the people of Ariath retreat underground.

Amid the chaos of this dying world, your father, King Ferodin III, has sent an expedition to the fallen walled city of Lysandria.

It is said that within the ruins of the fortress is the primordial seed – a divine gift that can calm the wrath of the gods and put an end to the thunder roaring in the sky.

Led by your own brother, the expedition hoped to recover the sacred object, but it was never heard of again.

Against your father’s wishes, you decide to go to Lysandria yourself.

Find your brother and collect the divine gift, but beware: the old fortress is not as deserted as it seems …

An action-packed first-person RPG
Swing your sword, cast spells, dodge, parry and block. In MONOMYTH, you move freely around the battlefield, using a rich arsenal of deadly weapons and powerful magic.

A living and breathing world
Within the ruins of Lysandria you’ll find a highly interactive environment filled with objects, puzzles, monsters, and a variety of peaceful inhabitants. Talk to characters using a detailed keyword-based dialogue system and combine items to interact with your surroundings in interesting and exploratory ways. Trade, pick locks, smash doors, disarm traps or throw items! You can even bake bread!

Free character development
In MONOMYTH, you are free to develop your character as you wish. Invest in eight different character attributes to unlock dozens of different play styles. Will you be an agile assassin, a formidable combat mage, or maybe something completely different? The choice is yours!

Unique frame
Set in an apocalyptic fantasy world, MONOMYTH combines magic and technology in a unique new setting. Open the gates of a dark and mysterious kingdom beset by horrific monstrosities and uncover the secrets of the fortress city of Lysandria.