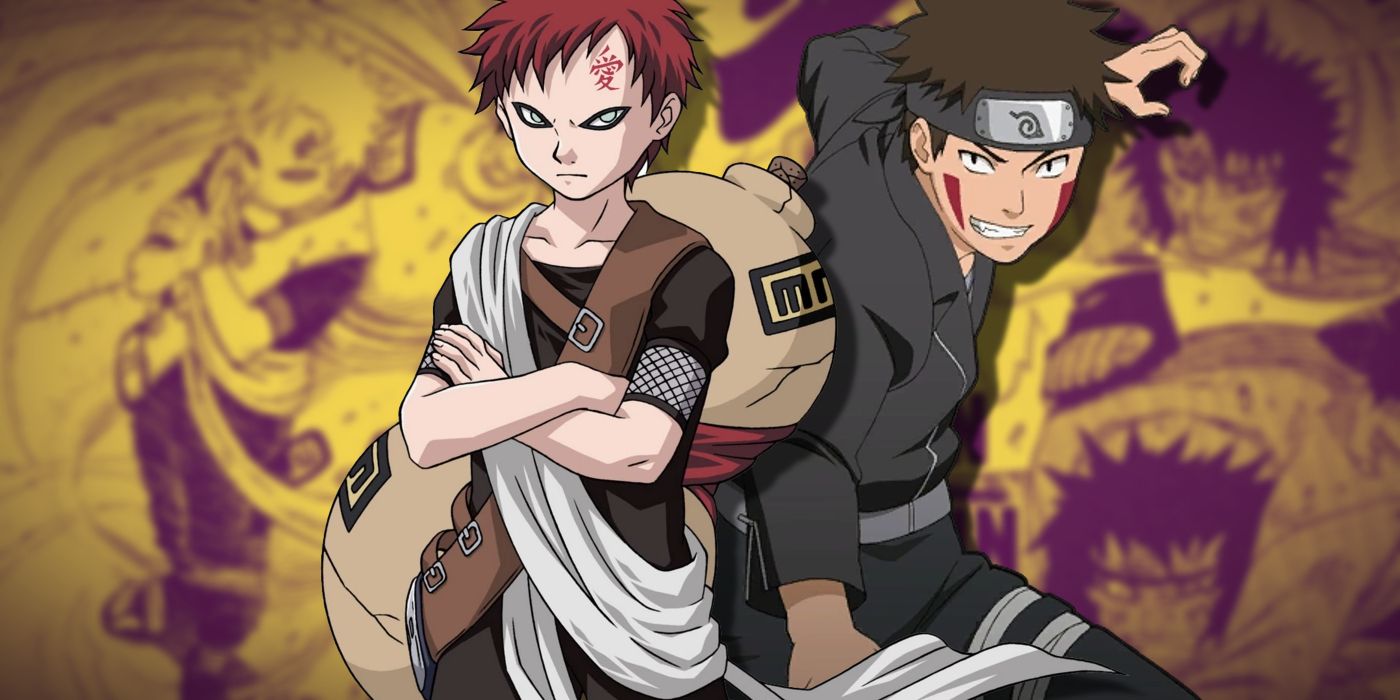 Gaara’s original design combined him with a very different ninja

The world of naruto is filled with many iconic ninja designs and notable characters, and one of the most memorable was Gaara. Upon his introduction to the series, Gaara of the Sand completely captivated readers around the world. His stoic expression that belied a sadistic spirit on the verge of breakdown was an instant fan favorite. Despite the immense emotional upheaval and changes he faced, Gaara remained, to this day, one of the most popular characters ever introduced in Naruto, but his original design actually combined him with one of Konoha 11.

In naruto, Gaara is an important character who plays a vital role not only in the plot, but also in the themes. His introduction in the Chunin Exam arc was instantly iconic, setting him up as a dangerous and mentally unstable threat who was ready to kill at a moment’s notice. His bloodlust was so extreme, that by Naruto the anime cut some of Gaara’s most violent scenes to be too much. However, after a fight and a conversation with Naruto, Gaara was able to turn around and become a true hero. It’s no exaggeration to say that Gaara is one of the most recognizable parts of narutobut he almost looked very different.

Related: A One Piece Hero Just Saved The Straw Hats With A Powerful Naruto Jutsu

In Naruto Secret: Scroll of Formation Character Official Databook, series creator Masashi Kishimoto has revealed many original designs for characters such as Itachi and Gaara. The sand ninja, whose original name can be translated as “Black Circle”, was originally created to be a foil to Naruto. This character can also be seen accompanied by an early version of the One-Tailed Beast. This beast could also be seen as a point of divergence for the characters of Gaara and Kiba. This version of Gaara’s concept art clearly split into both Gaara and Kiba at some point in the concept process. The canine partner is a dead giveaway, not to mention the name Kumomaru being quite similar to Akamaru. This design of Gaara also shares similar elements to Shinki from Boruto. The long, jagged cloak bears a strong resemblance to Shinki’s cloak of metal shards which he telekinetically controls. The connection between these two characters is also apparent given that Gaara is meant to be an adoptive father figure to Shinki in the Boruto series.

Today’s Gaara is unrecognizable by its concept art. Her prior art also had a few jagged lines, mostly in her hair. Given that the character was originally created purely as a foil for Naruto, it’s possible that these jagged opening lines are more reminiscent of the kind of character Gaara was meant to be. Gaara has always been a character who embodied struggle and inner conflict, and Kishimoto’s first thought may have been to illustrate that with a much wilder character. The one-tailed beast is also much more different, sporting the Buddhist Manji symbol on its forehead, not to be confused with a swastika. The Manji is believed to be a sign of good luck and prosperity, and the One-Tailed Beast’s mark may have been the earliest version of Gaara’s iconic “Love” mark carved into his forehead. Many of the earlier designs for the series were quite different, with Team 7, in particular, looking quite offbeat, but this initial design for Gaara would have made him a very different character.

It’s safe to say that Gaara’s current design is much better than that initial sketch because it’s much less one-dimensional. Although fans often criticize Gaara’s adult design for its simple look, his child character design is fairly universally hailed as an exceptional character. At Gaara’s the original design may have been cool, but design fans ended up with a much better fit for the landscape of the naruto series.