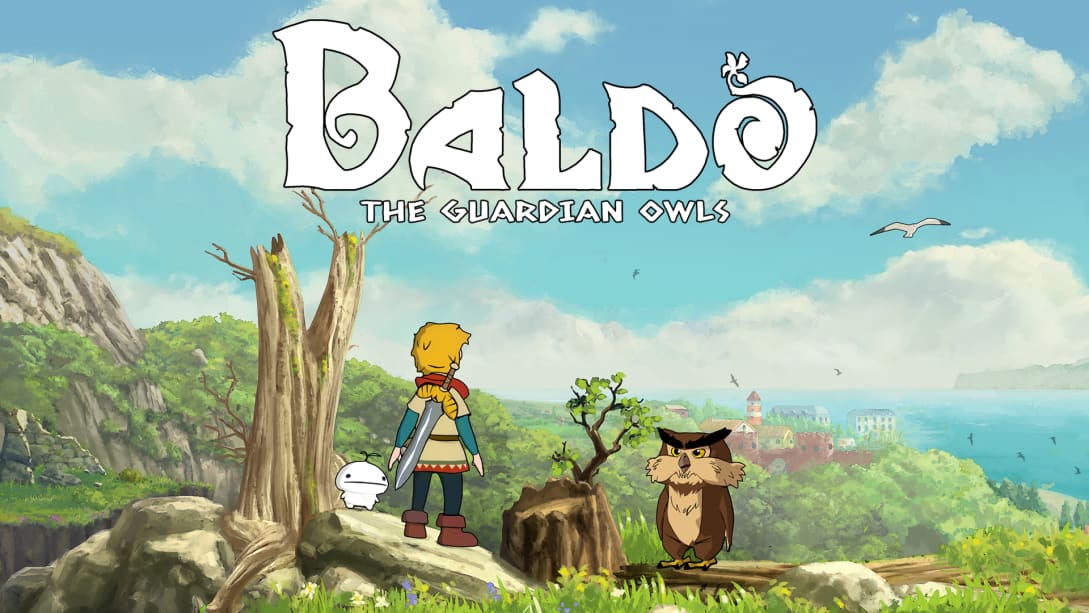 A few weeks ago when I learned that I was examining Baldo: the guardian owls, I wrote down a simple and fun lede that I thought would be a good introduction to what I was sure would be a pleasant review. After all, this is the long-standing development Zelda-by-way-of-Studio-Ghibli title that has garnered a lot of attention since it was first revealed. As ledes are often the hardest part of a review to write, I was happy to go with something as simple as “Don’t write.” Balto, do not write Balto, do not write Balto. “

You know, some real laid back benchmark humor that would elicit a sane laughter gif in the comments below. But to justify such a leader, I should actually feel good about the game. And I don’t feel good. Balto Baldo.

Baldo makes a pretty decent impression in its first moments. The world is bright and colorful, its characters are charming; it’s the type of game I would describe as quaint, and I say that as a compliment. It has the same vibe as something like CafÃ© des Petits Dragons, where there is a bit of tedious work at the start that you have to go through if you want to explore what will sure be a big and expansive world. But a few hours later Baldo, I began to realize that the painfulness of the gameplay never eases. If anything, that boredom grew, and all the little glitches that I thought were ignored at the start of my quest began to define the gaming experience.

On paper, Baldo is a fantasy action-adventure game featuring a young boy with a pure heart on a quest to reach the owl village. In practice, this feels more like a test of players’ patience and willingness to keep playing a massive game riddled with questionable design choices and very little rewards. There’s no real sense of accomplishment in Baldo. On the contrary, completing almost everything in this game just gives a feeling of “thank goodness it’s behind me” relief.

Looking back, it is easy to see that there would be problems early on. One of the first things you are asked to do in Baldo is to grab turnips. I’m sorry, that should read “slowly get turnips â€, because when he holds an object, Baldo walks quickly like an octogenarian fresh out of a hip replacement. Now, it wouldn’t be a problem if you didn’t have to carry so many items throughout your adventure, but oh lord, that’s not the case here.

Carrying items is honestly one of the main activities you will be doing throughout your trip as a Baldo is above all a puzzle game. There is combat to consider, but most of all you will be spending the majority of your time solving puzzles wherever you go. In dungeons, mini dungeons, and the overworld, there really isn’t a place you venture into that doesn’t have some sort of puzzle element.

And they’re not very good at puzzles either. Most involve either slowly transporting an object from one location to another, or pushing blocks and boxes that can be pushed into a room to reveal a secret passage. There are visual cues that should be able to guide players through each puzzle solution, but they can be quite easy to miss or confuse with elements of the landscape that look like visual cues but are definitely not.

Granted, not all puzzles are that bad. Some, I would say, are smart. However, those who get past the fray are often hampered by unpredictable game mechanics. One of the most boring aspects of Baldo is how easy it is for anything and anyone to kill you in this game. Drop a ledge a little too high? It could be a game over. Accidentally step into a spider web ball you thought you had stepped into? Good luck figuring out how to free yourself before it kills you. Getting hit by an enemy while you are in full health? They could take two hearts, they could take everything; you won’t know until you get hit.

I am dead a lot very early to learn all this because the game does not give you any direction. There is no tutorial, and when you talk to NPCs they throw up a paragraph and a half of text at you, often telling you to go to a certain place without telling you how to get there. It’s really an experience you have to experience for yourself, and while I love it when games cut off my hand to give me a challenge, the developers have to meet you halfway through. They can give you the freedom to figure things out on your own through trial and error, but they must allow you to discover what you can and cannot do in the world they have created. A game should encourage you to explore and experiment, and that’s something Baldo DOES NOT. On the contrary, it actively discourages exploration. 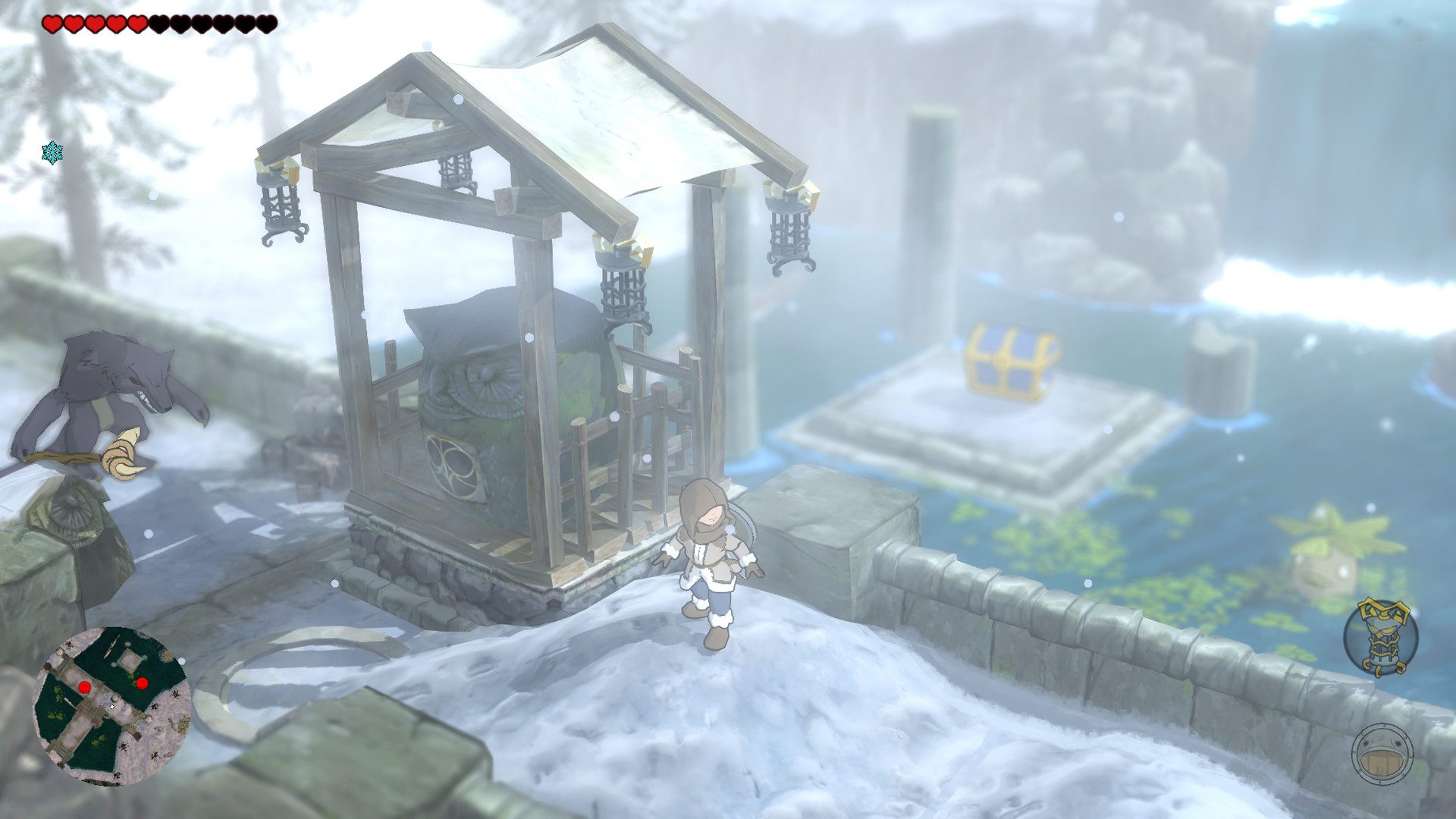 There is nothing I enjoy more about great open world games and MMOs than filling the map. When a game gives me the chance to embrace my inner cartographer and map out these worlds and the secrets in them, it’s essentially digital nirvana for me. But the structure of the overworld in Baldo is much closer to digital purgatory. It’s mind-boggling how many dead ends I’ve encountered just trying to get from point to point. I don’t need every path to be a straight line, but leave your audience a little slack. Too much of my time with Baldo was spent trying to figure out how the heck to get to the point I needed to get to continue the story. Or to find a place I needed to complete a side quest.

There are a few mapping tools available to the player that, in theory, should help you navigate this world. This includes a mini-map in the lower left corner of the screen and a full map in the pause menu that you slowly fill out as you travel. However, both are almost useless in helping the player, not even showing you the different elevations in your surroundings or a usable path you can take to guide you. There are signs all over the world that point you to different locations, and it’s clear that the game expects players to rely solely on these to get around.

Dungeon maps are no better, and just like the overworld, dungeons can be confusing in design. According to a Facebook post From the developer, the dungeons are designed as they are so players can find their own way through them rather than following a set path. It’s not a bad idea, but the layout and execution of these dungeons, along with the lack of help from mapping tools, can make players go around in circles. And that’s before he asks you to go back to complete the puzzles. 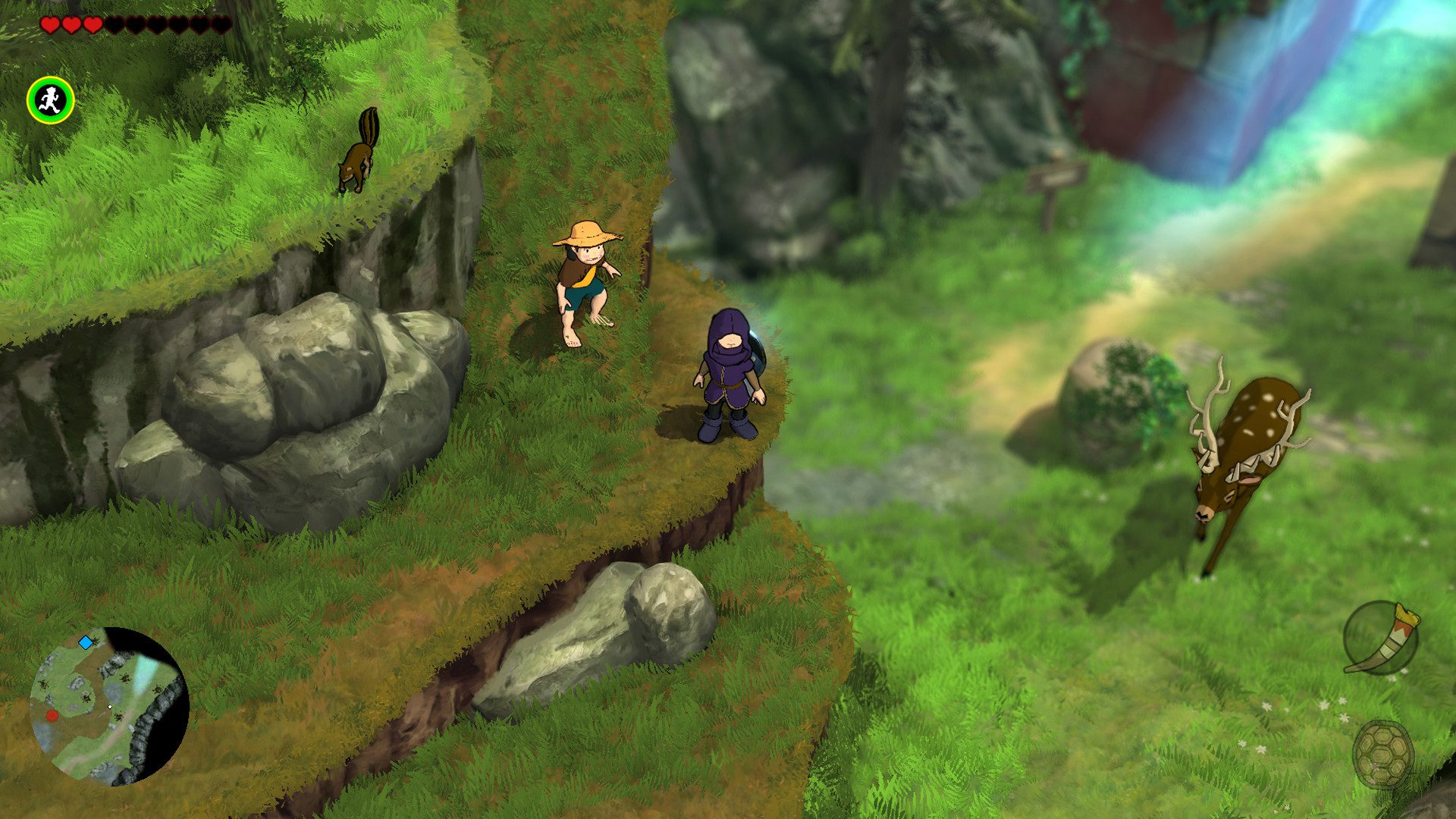 Due to the frustration of just making my way through this game, I had an absolutely miserable time playing through Baldo. But even when I look beyond the layout of this world, I really don’t see anything worth writing home.

The combat is very basic and Baldo is not as agile as he should be. Enemies can attack you offscreen or as you walk into a room, they’ll kill you in one fell swoop if you don’t have enough Heart Pieces – which are harder to find early in your adventure than you do. don’t think so – and their AI is unpredictable in a way that can make them very aggressive or just walk away as if they’re distracted by a shiny object on the ground. While your sword will never break, your shield will, and unlike Breath of the wild, there isn’t a stack of shields you can loot from the moblins you just killed. The best thing I can say about combat in this game is that it’s not a big part of the experience as most of the outside world is somewhat sparse on enemy encounters.

There’s more I could dig in here, including the terrible control system and forgettable boss battles, but what’s most disappointing about Baldo is the lack of reward. There are a lot of main and side quests to complete in this game, a lot of coins that will lock you in until you defeat all the enemies, and more often than not, no matter how difficult the activity is, your reward is a pitiful amount of coins. The further I got into this game, the more annoyed I became with how little he thought about the time and effort I was putting into taking on the challenges he offered me.

If you’re wondering why this review took so long to appear on Destructoid, I’ll tell you: I dreaded playing Baldo. Every night for the past three weeks, I have looked at my Xbox controller uncomfortably, fearing that the next two or three hours of my life will be nerve-racking. And every night that intuition turned out to be correct.

[This review is based on a retail build of the game provided by the publisher.]