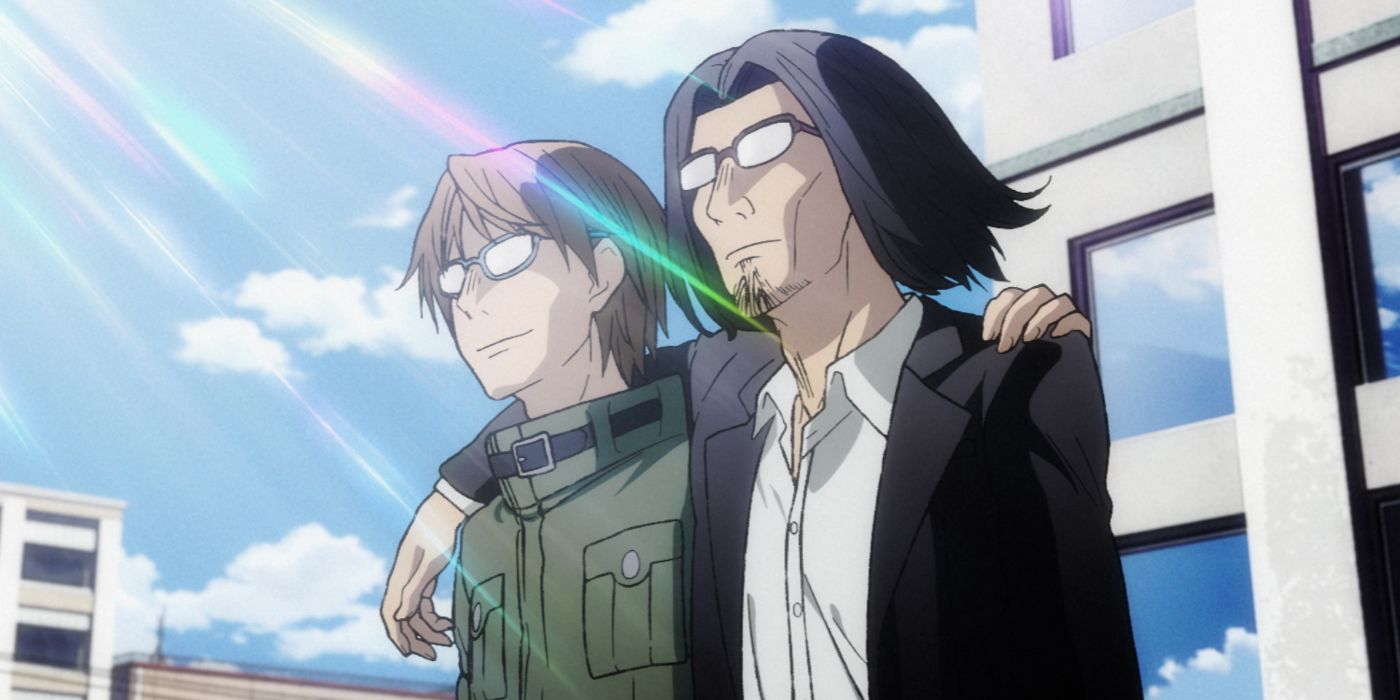 Isekai Ojisan reminds us why we need Fantasy IRL

Ever since the introduction of the isekai genre, which is said to have taken place in the 1980s, anime fans have been entertained by the genre’s essential escapist thrill. Not every series has been able to keep isekai’s plot device fresh, but the Netflix series Uncle from another world perfectly executes the found plot of what happens to the wayward hero after he returns home.

The anime follows the story of 35-year-old Yousuke as he regains consciousness from a 17-year-old coma, which was actually him stuck in a magical, unknown realm. After surviving his adventures in the world of Gran Bahamal, Yousuke’s nephew Takafumi takes his uncle home and helps him adjust to everyday life. Recounting his days as an adventurer and finding the greatest joy in his beloved video games, Yousuke strikes the perfect balance between the wonderful and the mundane.

After returning, Yousuke is able to prove that his fantastical adventures happened through the use of his magical powers and a spell that allows others to see his memories. As exciting as it can be to have such incredible abilities, it doesn’t take long for the cruel reality to rear its head for Yousuke and his nephew. They quickly come to terms with the fact that the mortal realm has no use for such abilities, or at the very least, is unprepared for them. Either way, the bills have to be paid, so without any other skills, the uncle-nephew duo hops on YouTube to show off Yousuke’s wonderful ad-earning skills.

Survive the mundane, miss the adventure

In the real adult world, Yousuke must endure the technological changes of his youth, the excruciating pain of internet trolls, and the reality that his favorite games and TV shows are no more. All of these mundane details are played out to comedic effect, though for Yousuke they are big problems. While Yousuke is reeling from the decline of the SEGA console, Takafumi is captivated by the incredible stories his uncle shares. The older otaku may struggle to be part of respectable society in the real world, but in Gran Bahamal he is one of the strongest fighters.

Each episode of Uncle from another world has a unique twist between the drama and excitement of the fantasy genre and the simple yet wholesome aspects of the slice-of-life genre. When life gets too boring or tiring for these characters, Yousuke reveals a memory from his adventure to lift his spirits, or he runs to his SEGA console for a distraction. This balance and blending of genres is more than just novelty – there’s a deep meaning that many fans of fantasy, and escapism in general, can relate to.

Each of the main characters has their own bland issues throughout the show’s current events, but nothing too dramatic happens. While this is typical of slice-of-life series, it takes on a special charm when set against Yousuke’s extraordinary fantasy adventure story. It is an interesting experience for the viewer who can also appreciate the philosophical side of this anime.

The importance of escape

Certainly, while the creators pull out the fantasy elements of this anime, there’s still a story to tell in Yousuke’s challenge with change, Takafumi’s struggle to help his uncle – as well as what happened to the rest of the family – and supporting character Fujimiya and her unrequited love. Not only have fans seen these conflicts before, but there’s also one thing that the slice-of-life genre hasn’t addressed, and that’s the much-needed distraction of escapism.

More than presenting itself as a unique form of storytelling, anime’s bouncing between genres dictates the philosophy that entertainment and escapism are what save the day. There are definitely a number of anime characters who dive deep into entertainment to escape their daily lives. Sailor of My darling dressing obsessed with anime and video games, and even Kakashi from naruto will rush from a meeting with the Hokage just to read the latest episode of his favorite book series. What Uncle from another world done differently from these anime and others is to highlight entertaining entertainment as central to the story and a necessary part of the main characters’ lives.

RELATED: Uncle From Another World Introduces an Intriguing New Character

When Yousuke shares the story of how he defeated a fiery dragon or struggles with his ignorance of his elf friend tsundere, it briefly picks up on the characters’ boring lives. In the same way, anime and entertainment in general also give fans a brief respite in real life, which makes the characters in this anime relatable. Even though the anime is comedic with the positive effects of this reprieve, it’s a subtle way of emphasizing the power of escapism, though there’s special significance in the addition of fantasy elements.

While there are many subgenres that help viewers get away from it all, such as sci-fi, westerns, and mysteries, no other genre is as rich in possibilities as fantasy. With the excuse that magic is an unlimited rule for any potential power or conflict, there’s a wide variety of themes, storytelling, and overall vibe when it comes to this genre. Fantasy doesn’t always mean a wizard taking on a dragon, nor is it always about good versus evil. Sometimes, all it takes is the addition of a character to qualify a series as fantastic.

With fantasy, there is a much wider range of content possibilities. For example, despite being on completely opposite sides of the spectrum, both anime tokyo ghoul and Miss Kobayashi’s Dragon Maid are fantasy anime. The former is a constant focus on fear and existential crises, while the latter is a wholesome reminder of friendship and the joy of everyday life – it’s the versatile power of fantasy and also why it’s so effective in Uncle from another world.

RELATED: Uncle From Another World: Yosuke Learns the Cruel Reality of Being a Vlogger

A balance of opposing genres

With so many potential and limitless rules, the fantasy elements of Netflix anime are the perfect contrast to the boring and frustrating limitations of real life, which are contrasted perfectly in the series. Viewers of this series basically watch anime characters practice escapism using the fantasy genre. This mutual feeling between viewers and the cast of Uncle from another world adds to the series’ relatability, which is crucial in storytelling. It also adds another rewarding layer to watching this wholesome and uplifting series.

Granted, there’s nothing more boring than dealing with “adult,” and Yousuke, Takafumi, and Fujimiya learn that the hard way in every episode of this series. They’re able to pull through thanks to the break afforded by Yousuke’s fantasy stories, which isn’t far from how true fantasy fans choose to live their lives today. There’s a lot to be thankful for when it comes to storytelling and the fantasy genre in particular. With him, there’s a little more joy in getting everyone on any journey ahead, and Uncle from another world emphasizes this in a very special way.

New Vankleek Hill Event for ‘Little Ones’ and Ancient Treasures