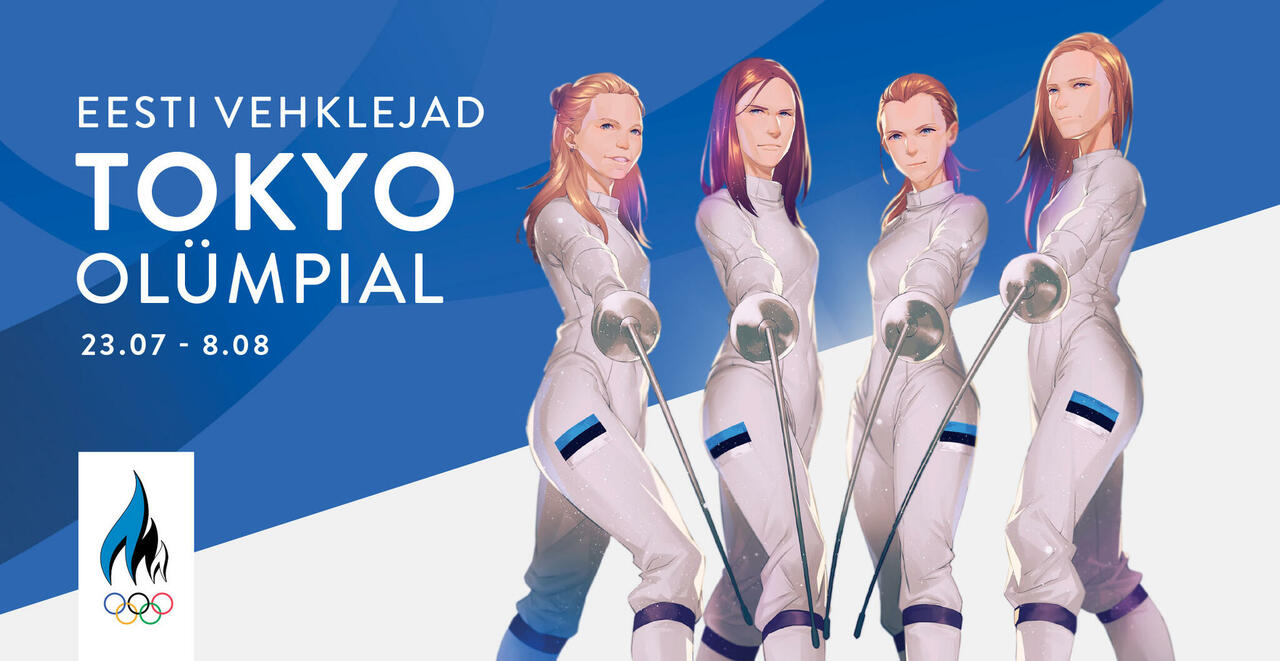 Japanese artist MONQ has portrayed the athletes who represent Estonia at the Tokyo Olympics as anime characters.

The idea came from the Estonian Olympic Committee, which contacted the Japanese illustrator via social media.

â€œThe idea of â€‹â€‹a campaign that celebrates Japanese culture was born a few years ago. The main task was to find the right artist, â€the committee’s communications officer, Merili Luuk, said in a statement.

The organization was able to contact manga artist MONQ. â€œHe sent us a sketch and we were extremely impressed,â€ said Luuk.

Mauno Meesit, the artistic director of the Estonian Olympic Committee, said that the manga’s artistic techniques do not make it possible to achieve a portrait likeness of a real person. Therefore, it was not even sure that Estonian athletes could be portrayed in the anime style.

â€œIn Estonia and Europe, in general, we couldn’t find an illustrator who would be equally masterful in anime style and portraits. Japanese artists, however, generally do not exhibit their work on well-known European sites and rarely accompany works with their contact details. When we finally managed to get in touch with MONQ via Twitter and saw their first sketches, it became clear that the idea was indeed workable and the right fit was finally found, â€he said in a statement.

Communication with the artist was possible exclusively in Japanese. â€œI don’t know Japanese, so I had to communicate with the help of an online translator. The artist, however, managed to deliver all wishes – the work went surprisingly smoothly, â€Meesit added.

MONQ said in a statement that the draw for Estonian athletes was not easy, but â€œthey like challengesâ€, and therefore accepted the proposal without hesitation.

â€œI rarely receive offers from abroad and thought that participating in such a campaign would provide valuable experience. It was quite difficult to portray athletes on the move in a believable way. Although I am interested in sports, I do not know certain disciplines. I had to learn more about those I didn’t know, watch a lot of videos and photos to properly represent certain details, â€noted the artist.

The artist added that this work piqued his interest in Estonia and Estonian athletes. â€œI once saw a photo of Tallinn’s silhouette in a magazine and wanted to visit Estonia one day. Thanks to this project, the desire has become even stronger.

At the Tokyo Olympic Games, Estonia is represented by 34 athletes from 14 sports. The games started on July 23 and will last until August 8.

Credit card balance transfers: how they work and if they are worth it

What is the release date? Who are all the characters? check details