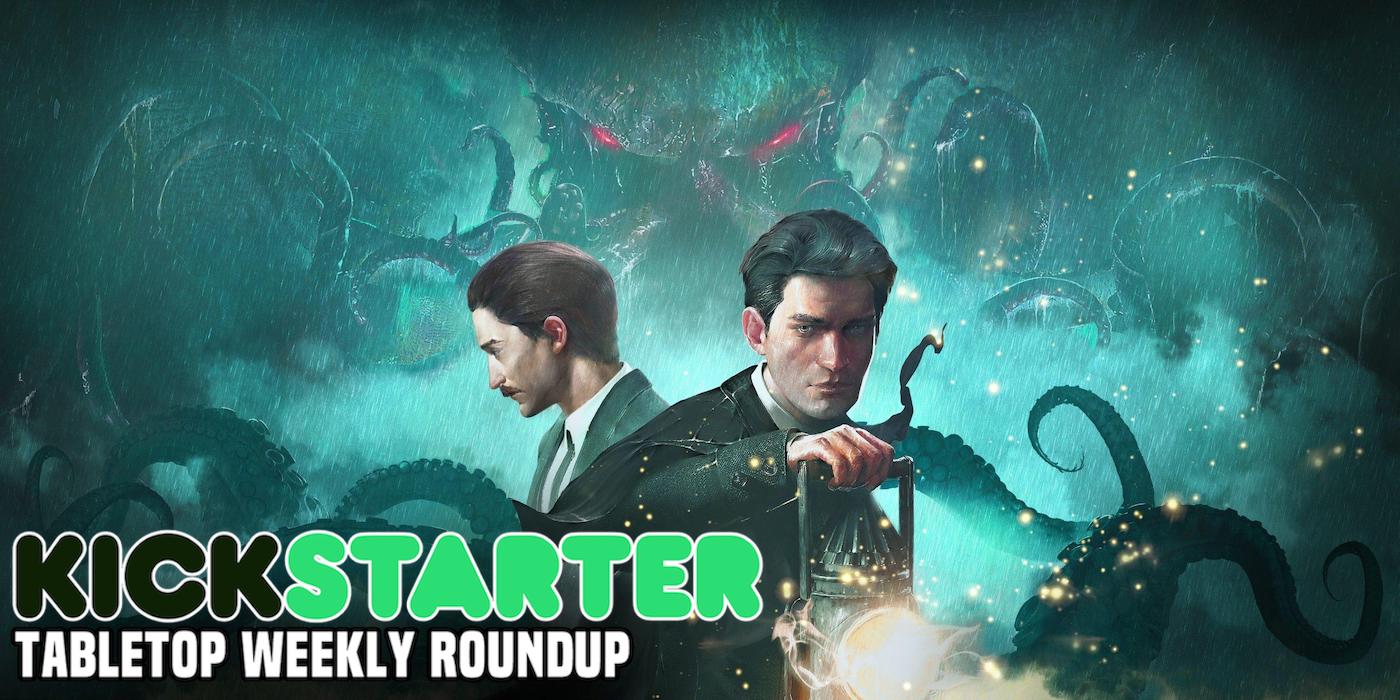 Come check out this week’s bundle of Kickstarter crowdfunding and highlights – including board games, TTRPGs, and dice!

Knives out is a zine designed by Greyson Yandt for MORK BORG which features way too many knives, a side of rapiers and fencing rulers, a seedy tavern (called the Red Rogue) that houses an underground enclave of thieves. Plus a handful of jobs that should be done with discretion, a detective class that doesn’t believe in luck or fate, and a massive heist (written by Tessa Lyne of Sailing Fox Press) to steal the crown of a Mad King lost in time! And more.

Contributions start at $5 for a PDF.

Do you have a 3d printer? Love printing badass thumbnails but hate the process of removing supports? Look no further! Here’s your chance to get a full set of easy-to-print epic quality miniatures, specially designed to be printable without supports, whether you use resin or fdm printing!

The Ork Horde is a Kickstarter project for epic, high quality models – ready to 3D print as miniatures for your gaming table or large printed collectibles.

Pledges start at $28 for a basic set.

Famous is a science fiction role-playing game for one player.

Play to tell stories of Nomads; notorious bounty hunters who strike fear among the scum and villainy of the universe and follow the dubious code of Nomads Guild. In the midst of an intergalactic war, you will accept a lucrative contract with one of six factions. The job is simple: bring the target back, dead or alive, without decay.

Contributions start at $7 for a PDF.

Before the birth of time itself, great divine beings called Primordials held court in the great void. Take your place among this eldritch pantheon as they dance, plot, create and devour. The universe to be born will be yours alone to shape.

Secret action selection, simultaneous play, big reveals, and multiple paths to victory elevate this interactive deck-building game into something more… cosmic. Fans of classic deck-building games will be at home with this new entry in the genre, but Primordial Secrets is so much more than that.

Pledges start at $39 for the base game.

This week’s header image is from this game.

A harrowing Lovecraftian adventure. JHe woke up is a Lovecraft-Conan Doyle crossover detective adventure game it puts you in the skin of a young Sherlock who is standing against a sinister sect who worships an ancient monstrous deity – cthulhu.

Get Tabletop, RPG, and Pop Culture news delivered straight to your inbox.

Developed in Ukraine during the Russian invasion.

Pop culture staff writer who has been on the BoLS team since 2010. Contributor to the One of Us. Marvel, Vertigo podcast and fan of dystopian sci-fi. Loves bad movies, amazing stunts and the internet. Hate romantic comedies. (she they)