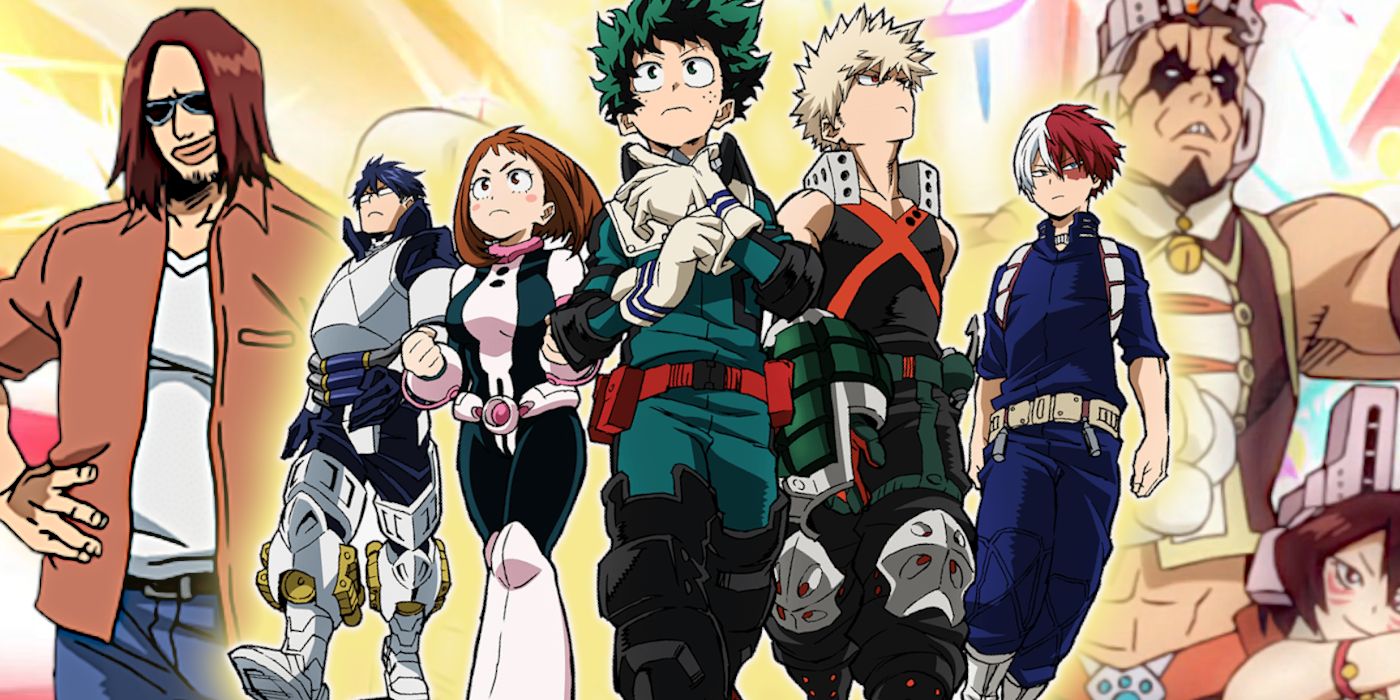 A member of Class 1-A may have gone LGBTQ + in the manga, but he wouldn’t be the first in My Hero Academia history.

WARNING: The following contains spoilers for My Hero Academia # 321 â€œFrom Class A to One for Allâ€ by Kohei Horikoshi, Caleb Cook and John Hunt, available now in English from Viz Media.

The jury is still out on whether Minoru Mineta was indeed confirmed as LGBTQ in My hero university Chapter # 321. Although he is a very unpopular character, Mineta’s possible bisexuality as a canon would be a big step for him and for the series, but it would hardly be the first. MHA has already featured a few LGBTQ characters that you might have missed – the first being Tiger of the Wild Wild Pussycats.

RELATED: My Hero Academia Live-Action Movie Gets Its Director

Tiger’s real name is Yawara Chotaro and he was a member of the team responsible for training UA’s early years over the summer. A lesser known fact about Tiger is that he is a transgender male. While it hasn’t been mentioned in the anime yet, Kohei Horikoshi, MHA‘s mangaka, made sure to include this fact in Tiger’s character profile in the manga. Since Tiger was introduced in chapter # 72 of the manga, manner ahead of Mineta’s controversial confession, that would make him the show’s first confirmed LGBTQ character.

Tiger’s alter is Pliabody. He can stretch and contort his body in a way that would be impossible for someone else. It is not only very convenient for catching and detaining bad guys, but also for rescuing civilians in tight spaces. While Tiger isn’t on par with heroes who have traditional strength Quirks, he’s still quite strong physically. By training with Deku, for example, who was using One For All at five percent, Tiger was able to easily fend him off.

RELATED: My Hero Academia: Deku Confronts His Worst Enemy Yet In … Civilians ?!

According to Horikoshi, Tiger was assigned to a female at birth and transitioned after a visit to Thailand, as pictured above. There hasn’t been any further expansion on this topic, but her gender identity so unequivocally confirmed is better than she’s endlessly teased and suggested but never really confirmed.

The tiger is not MHAis the only transgender character. He finds company in Kenji Hishiki of the League of Villains, better known as Magne. Unlike Tiger, Magne’s gender identity is never downright confirmed but it’s pretty obvious from the clues left in the series.

Magne presents men, regularly dressed in traditionally masculine clothes. Despite this, his teammates called him “Big Sis Mag”. League members also made a point of correcting anyone who cheated on her. While correcting Overhaul, Toga asked him not to repeat this mistake again, implying that Magne may be wrong as a regular occurrence.

Magne also had a gender-based Quirk. Her magnetism affected opponents differently depending on their gender, causing men to become south magnetic poles and women to become north poles. Magne had a lot of potential as she played a very important role in every battle she participated in. Sadly, she was prematurely killed by Overhaul in a move that can only be described as “Bury Your Gays” lifting her head again. Hopefully, since Mineta is a hero, that could mean he’s not destined to meet the same ending.

Kelvin doesn’t do much other than watch / read animanga. He would love to talk about it too but people are scary so he’s talking about it here! When he’s not watching or writing about anime, he’s doing his best to get that political science degree while navigating the new idea of â€‹â€‹becoming an adult AND keeping his sanity at the same time. (hint: it’s not going very well) You can find him on Twitter (although he’d rather you didn’t) @keIvin__k, where he talks about little other than all the untold wonders of Taylor Swift , My Hero Academia and gob3. He really hopes you have a good day.

10 Fujoshi anime that are obsessed with BL