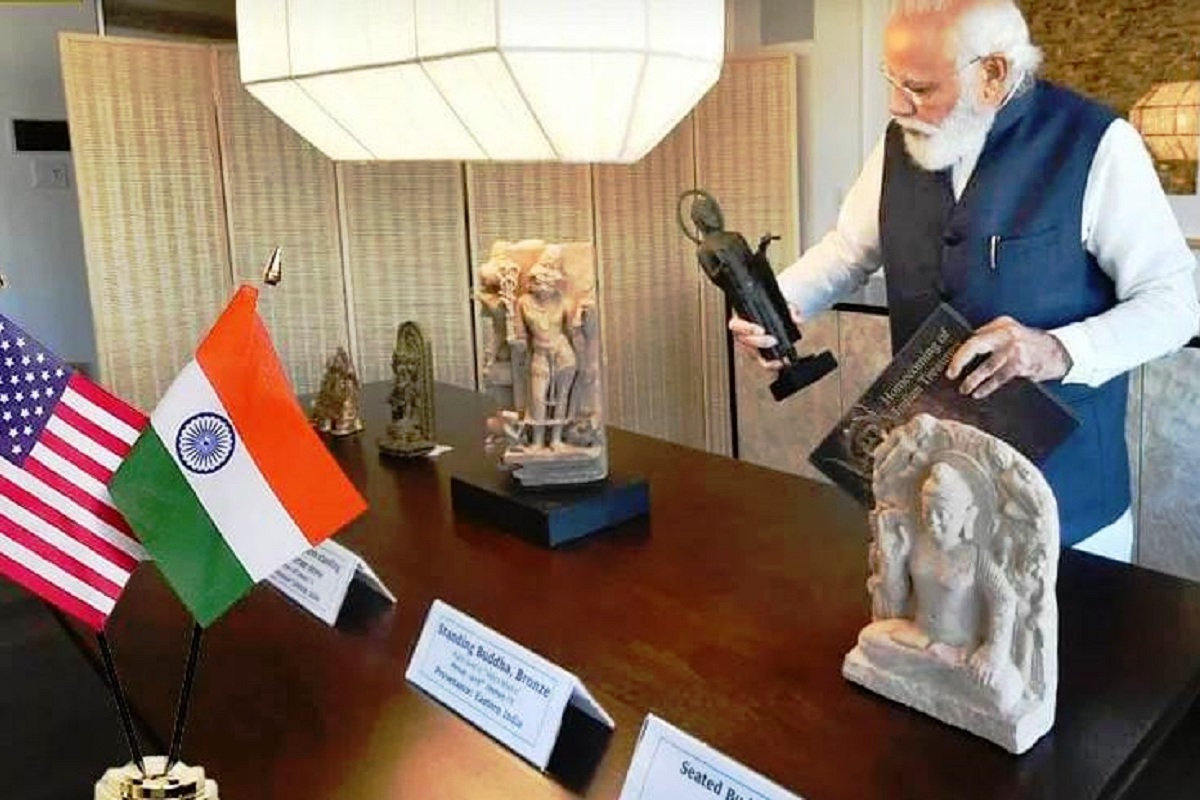 Prime Minister Narendra Modi returned to India on Sunday with around 157 artifacts and antiques stolen and smuggled out of the country after his “successful” three-day visit to the United States.

The artefacts and antiques were handed over to Prime Minister Modi by US President Joe Biden following a lengthy identification and authentication process conducted by the Indian Archaeological Survey of India (ASI) before their final delivery.

The artifacts and antiques that were mostly stolen in Tamil Nadu and Madhya Pradesh date back to the 11th and 14th centuries, 2000 BC. the Prime Minister’s Office at ASI.

Previously, while in the United States after the artefacts and antiques were handed over, Prime Minister Narendra Modi and US President Joe Biden expressed their determination to tackle the threat of trafficking in culturally significant objects. , theft and illicit trade.

The artefacts and antiquities brought back by the Prime Minister are of immense historical and archaeological significance for India. According to the initial details of the 157 artifacts and antiquities, around 71 are of cultural significance, 60 are related to Hinduism, 16 to Buddhism, and 9 are related to Jainism. The majority of these precious objects date from the 11th and 14th centuries.

The list of artifacts and antiques includes a 1.5 meter bas-relief of sandstone Revanta made in the 10th century, an 8.5cm high bronze figure of Nataraj from the 12th century, 56 terracotta pieces, several bronze figurines and copper objects in addition to other important items.

Besides Lakshmi Narayana, Buddha, Vishnu, Siva Parvathi, Kankalamurti, Brahmi and Nandikesa figurines, etc., the list of artifacts and antiques also includes unnamed deities figurines. These artifacts are made up of various types of metal, stone, and terracotta.

Instant App-Based Loans Could Lead You To Debt Traps