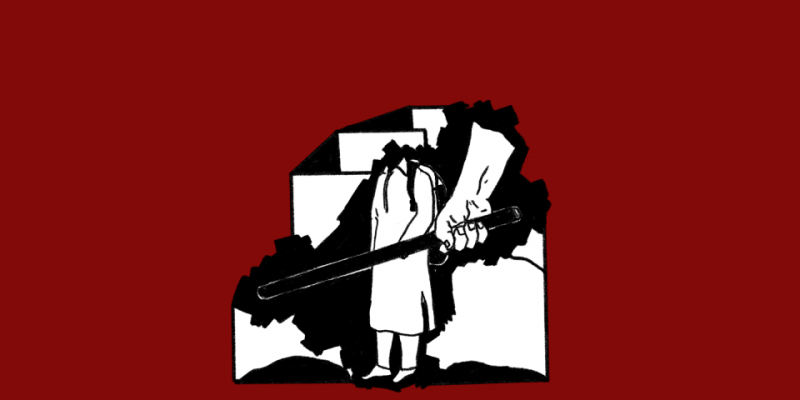 Modi’s government fears culture and the free spirit it spreads

On June 30, a series of questions were posed to me by a freelance journalist, Sheikh Ayaz, on behalf of the magazine India today. These questions relate to two exhibitions that I currently have in Venice, Italy. One of them is at Galleria del Academia and the other is in a foundation building, the Palazzo Manfrin.

I have answered these questions in good faith, confident that India today would honor its mission to bring news and opinion – cultural and political – to its readers. However, the India today the editor let me know that the magazine would not publish the interview unless I deleted or drastically toned down my answer to the last question (asked by their reporter) which asked for my perspective on society and Indian politics today. I declined to mitigate or delete my answer.

I am horrified and saddened that an overwhelming culture of fear silences even our press in India. If our important newspapers are afraid, if we have to censor ourselves out of fear, we are lost. This is the way of fascism and we allow ourselves to be manipulated by fear and unlawful terror perpetrated on journalists, editors and commentators by the morons who act in the name of the so-called government.

I am grateful to Thread for having the courage to publish what should be perfectly ordinary and uncontroversial viewpoints in healthy discourse on culture and politics.

At first glance, your double exhibition in Venice (Gallerie dell’Accademia and the historic Palazzo Manfrin) is typical of Anish Kapoor – strange, ambitious, beautiful, courageous, challenging and above all the whole premise of art as illusion. What to expect from these two shows?

I am deeply concerned that art should always push the possibility of meaning. Good art does not convey meaning directly, it testifies to the interaction between itself and the viewer. In this interaction, meaning arises – often slowly, and after reflection. Beauty is all around us, we just have to see it. Pain and violence are constantly around us, we push them away and pretend they don’t exist. Like the ever-present invisible.

I have nothing to say as an artist – I let meaning emerge from my practice. What I know doesn’t matter. I work to seek out what I don’t know or only half know – what we might call the invisible known or the unrecognized known.

Your Vantablack obsession continues. Why did you decide to produce the “blackest” black of all time and what is the use of this in your art?

I’ve leaned for many decades on the idea of ​​non-object. Objects full and not full, present and absent at the same time. I worked very dark blues with polished stainless steel and now with this blackest black – blacker than a black hole. The darkest material in the universe. It absorbs 99.8% of all light. My argument is that it takes the physical object and pushes it into a fourth dimension. That of the strange entity that we call the spiritual. We live in a world full of objects all named, all known. Only in art and perhaps out there in the cosmos are there truly mysterious objects. Those of which one might wonder what is it? Is it art? It seems to me worth spending a lifetime in pursuit of such a thing.

Anish Kapoor unveils his first works in Vantablack, the darkest color in the world, in Venice: https://t.co/rBiUoBB58h pic.twitter.com/4UjE9dgS0I

Colors have always had a cultural association for you. Can you explain your relationship to pigment and color (you show the beloved White Sand Red Millet Many Flowers on this show).

Color is essential. It is direct language that is non-verbal, experiential truth. I’ve always been interested in using color not as a material to cover the surface of an object but as the substance of the object itself. In this way he does something really mysterious, he transcends his materiality, he becomes a material which is also immaterial. The pieces of pigments are emphatic objects which interfere in space, one has the feeling that the object is not entirely revealed. The pigment is also disordered and shapeless, the fragility of these works is also part of their condition, they scatter and bleed into the space around them, but their objectivity seems to be made by themselves, it is also part of the illusion, fantasy. Color is an illusory thing.

“The artist is in a way, at a high level, the cosmic madman, at a lower level, just a madman.” Funny statement, can you explain?

The artist is a fool. Sometimes a wise fool but a fool nonetheless. Art is essentially useless. However, as Picasso wisely said, “art is not the decoration of your living room”. Art is war. For me, this war is about confusing expectations, turning the world upside down, undoing what societal norms demand, undoing what I expect of myself. Who but a fool would do that and then spend their whole life doing it? Sadly, too many of my fellow artists have turned into makers of luxury goods for the rich. They are playing the capitalist game. Sad for art and sad for the poetic spirit in all of us.

By stepping away from art, you have been a vocal critic of the right wing, especially the Modi government of India. What is your view of Indian society and politics today?

India is in a desperate place. My beloved country has been seduced by what I call the Hindu Taliban. Modi’s vile far-right politics are a patriarchal monoculture of hatred and disregard the very things that were once the essence of our Indian spirit – tolerance and respect for all, regardless of origin, race or ethnicity. belief. Our utter disregard for the millions living in concentration camp poverty among us is a crime of shameful arrogance. We will be damned for it.

Like all right-wing patriarchal governments, these parochial idiots have a great fear of culture and the free spirit it conveys. If politics is lost, culture must advance its possibilities for innovation. It’s not allowed by the right-wing government, and they make sure we’re scared. I say to my colleagues: to censor oneself is to yield to their hegemony. Crying injustice. Make it clear that corrupt fanaticism is not our way. Not the Indian way. Only we, the citizens, can change that.

My friends tell me to beware and be careful not to criticize the fascists for fear of my personal freedom. To hell with that. I tell you that violent ethnonationalism of the kind that Modi and his minions are perpetuating on our beloved people, on our culture, on our psyche, will bring generations of depravity in its wake.

We must learn to shed the weight of our colonial past. I see that our culture is in crisis, our once dynamic and inventive cinema, regional and national, is in crisis. Artists have gone astray, our classical music is in trouble because of its Muslim origins etc, etc. We need to drop the Sanskrit hierarchy we have learned and find ways for all Indians to have a cultural voice. With these fanatics in power, it’s impossible. Let’s take them out.

Anish Kapoor is a Bombay-born artist and sculptor who lives and works in London.

The featured image is an illustration by Pariplab Chakraborty. To see more illustrations of this type, Click here