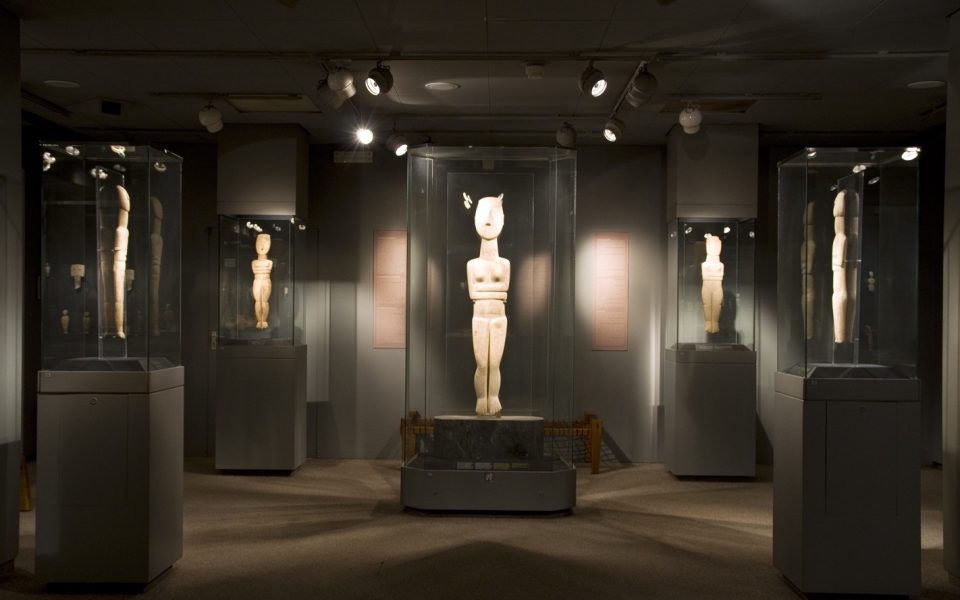 An agreement between Greece and the United States for the loan of a private collection of 161 Cycladic figurines was ratified on Monday in committee in Parliament.

The Standing Committee on Cultural and Educational Affairs has approved the ruling New Democracy Vote Strength Bill. The main opposition SYRIZA, the Communist Party of Greece (KKE) and MeRA25 voted against ratification, while PASOK-Movement for Change and the Greek Solution said they would take a position at the plenary level.

Once the agreement is ratified, a selection of 15 Cycladic figurines – dated between 3300 and 1100 BC – which are not already represented in Greek museums will arrive in Greece by October 15, expenses paid by the Met, and will be exhibited at the Cyclades Museum for a year, Culture Minister Lina Mendoni told the committee. The 161 figurines will then be loaned to the Met in January 2024 for 10 years, after which (in January 2034) they will begin to be sent back to Greece in batches of 15 every five years. The loan deal with the Met will close in January 2049, and the Greek state reserves the right to extend it.

The terms raised objection from SYRIZA, which called for the draft agreement to be revoked. (Opposition parties argue that the deal legitimizes possession of Greek antiquities that were illegally taken from the country.) Mendoni criticized the opposition’s stance, saying “the bill will bring back to Greece 161 antiquities including we were unaware of the existence, were not recorded in any ministerial department, and therefore we would never have acquired or claimed.

Responding to comments that the government may have launched proceedings for their repatriation, Mendoni said “why should Greece claim in court a collection handed over to it”. She said the agreement does not prevent Greece from demanding other antiquities that can be found in other countries. Under Greek law, the state is the sole legal owner of Greek antiquities. According to Mendoni, however, “the law does not state that the Greek state is the sole owner, as ownership can also be granted to others”.

The rare figurines were donated to the Institute of Ancient Greek Culture in Delaware, on the condition that they be displayed at the Metropolitan Museum before returning to Greece. Mendoni said the institute will promote Greece’s cultural heritage and includes statutes that oblige it to abide by Greek archaeological law and that any action must be approved by the Greek Ministry of Culture. The ministry did not sign an agreement with a donor, but with the legal entity that received the donation, Mendoni insisted.

Any disagreements will be resolved by the Greek courts, she said. [AMNA]