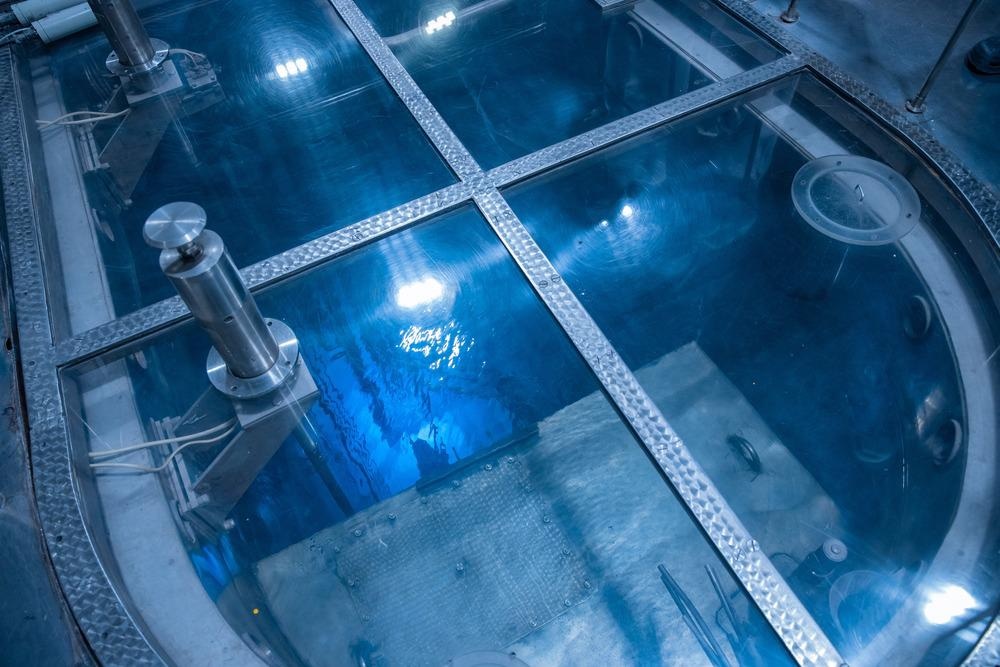 Nuclear power plants (CNP) are used today to produce electricity in all major industrial countries. However, the Fukushima Daiichi disaster halted the revival of nuclear power and safety measures have been improved since then.

Since the mechanical properties of the reactor pressure vessel (RPV) wall are affected during operation, regular examination of nuclear power plants is essential. Magnetic methods are suitable for this inspection since the material of the RPV is ferromagnetic steel. Furthermore, these methods are useful because they are inexpensive, technically simple and can be used in a wide range of materials.

The implementation of these methodologies resulted in a reasonable correlation between the parameters measured destructively and the magnetic properties measured nondestructively. This opens up the possibility of using magnetic technologies to inspect the structural integrity of RPVs in the future.

A non-destructive vessel wall embrittlement assessment tool should be developed for future inspection of nuclear reactors. The final system must be able to inspect the degradation of the microstructure as it passes through the coating.

In the present study, the authors investigated the potential of non-destructive magnetic measurements for base material and cladding inspection separately. An austenitic (extremely weakly ferromagnetic) coating covered the ferromagnetic steel wall of a nuclear reactor pressure vessel. The coating material was mostly austenitic; however, it contained a small amount of ferrite (magnetic) phase (2-8%).

The influence of the yoke size was studied using a numerical simulation of the magnetic flux injected into the material during magnetic measurements. Measurements were taken using two different sizes of yokes on the base material under the liner, the pure base material, and on the liner itself. Experiments were conducted to validate the simulation results.

The coated RPV blocks were evaluated after being heat treated using a step cooling process, which resulted in material embrittlement. Magnetic measurements were used to demonstrate the tracking of the degradation of the underlying material through the coating.

The correct size of magnetization yoke was determined because different sizes of yokes could be used for base metal and sheath characterization. The effect of yoke size was calculated by numerical simulation of the magnetic flux distribution in the sample to produce a qualitative interpretation of the experimental results. The two types of extremely magnetically distinct components (ferromagnetic base metal and almost austenitic sheath) were studied individually using two magnetizing yokes of different diameters.

Photograph of the revetment itself (cut from the top of another revered block). Image credit: Vertesy, G et al., Materials

The researchers observed that by selecting the correct magnetizing yoke, the base material and the sheath could be measured separately from each other. Moreover, the magnetic characteristics and the ductile to brittle transition temperature have been shown to have a stable, almost linear relationship.

This research investigated whether magnetic measurements could be used to study the base material and the coating separately. It was observed that the ferromagnetic base metal could be measured using a large yoke. Since the signal from the ferromagnetic component suppressed the signal corresponding to the weakly magnetic clad, this yoke was not found to be suitable for studying the clad above the base material. In the existence of highly ferromagnetic steel, the coating itself was measured using a tiny yoke.

The magnetic flux was contained within the sheath and could not pass through the base material. Based on the simulation of the magnetic flux distribution in the given geometry, the influence of different yoke dimensions was established.

The measurement results were found to be in good agreement with the modeling studies. The results also demonstrated the viability of a simple, non-destructive magnetic method to verify the potential degradation of the austenitic liner material on the pressure vessel due to various influences such as neutron irradiation, heat treatment, etc.

In conclusion, this study elucidates a non-destructive approach to characterize the clad blocks of a nuclear pressure vessel using magnetic technology. It was also concluded that this research method has the potential to monitor the integrity of multiple reactor layers. The authors believe that the current findings may aid the future practical implementation of magnetic technologies in nuclear power plant inspections.

Overall, this work demonstrated that this method of testing a bilayer material with two distinct yoke sizes can be used in other situations where a weakly ferromagnetic layer is placed on top of a highly ferromagnetic material.

This would make the effort bigger than if it was tied to just trying a single wall. The authors pointed out that the material degradation of the coating caused by any event such as thermal shock, neutron irradiation, elastic or plastic deformation could be studied in the future using magnetic hysteresis measurements, mainly adaptive magnetic tests.

Disclaimer: The views expressed herein are those of the author expressed privately and do not necessarily represent the views of AZoM.com Limited T/A AZoNetwork, the owner and operator of this website. This disclaimer forms part of the terms of use of this website.