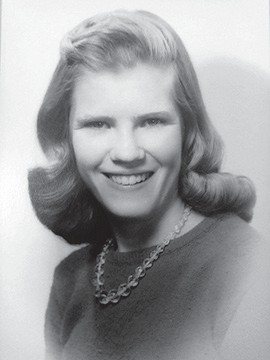 Paulette Suzanne Lockwood Paquette died in eternity on December 3, 2021, after experiencing many years of dementia and recent colon surgery.

She was born in Los Angles, California on July 15, 1937. Paulette was the first child of her parents who were Paul A. Lockwood and Evelyn M. Lockwood and resided in Huntington Park in Los Angeles.

Sunday walks to the beach, mountains and deserts of Southern California offered quick family getaways, with annual vacation trips to Central California, Yosemite National Park and National Park of Kings Canyon/Sequoia before WWII. Just days after the end of World War II, her brother Paul was born, with whom she remained close for the next 76 years.

After years of searching for rural property on both sides of the Sierra Mountains, our parents purchased a 39-acre parcel of land in Midpines adjacent to old Highway 140. Dad quit his job as a toolmaker and of dies and tool room. supervisor and moved her family to their undeveloped property in the summer of 1952 so that Paulette could begin her high school career in Mariposa.

Paulette majored in clerical and booking skills and graduated from Mariposa High School in 1956. For many years, she helped the family business with clerical work, simple machine operations, and general labor. around the house. In 1966, Dad convinced Paulette to apply for a summer job at Yosemite National Park. The first two weeks were very difficult for her because of homesickness; but she came back, had the spirit, decided to stay and go to work full time and worked in various capacities for the Curry Company for 30 years.

She met Claude Paquette, they hit it off and they were married in the Yosemite Valley Chapel on May 4, 1968. Paulette and Claude bought a trailer in the government trailer park in El Portal where they lived until their retirement on December 31. 1996. The Merced River flood came two days later and Paulette and Claude moved into their trailer they had purchased at the Idlewheels seniors’ mobile home park.

The retirement provided more time for vacation trips across the country and to Claude’s home state of Massachusetts to visit relatives. 2004 was a very difficult year for Paulette as Claude succumbed to his long battle with diabetes; Paulette entered a state of depression that accompanied her for years.

Then, two years later, his closest companion, his mother, died. In November 2008, Paulette had a kitchen fire that went through her small house. With what little she had left, she moved with her brother Paul to the family estate of Midpines.

Paulette never learned to drive, so much of her life was somewhat isolated and her communication skills declined due to the dementia that bound her. However, she never lost her ability to be kind and thousands of times she expressed herself by saying “thank you”.

Paulette was predeceased by her father, Paul A. Lockwood (1995), her husband, Claude JB Paquette (2004) and her mother Evelyn M. Lockwood (2006). She is survived only by her brother, Paul Lockwood, and friends.

A memorial service to celebrate Paulette’s life will be held Saturday, March 5 at 11 a.m. at Grace Community Church of the Sierra at 3367 Woodland Drive, just past Woodland Elementary School.

A luncheon will be held in the fellowship room after the service.

Is CoverGirl cruelty-free, vegan and sustainable?