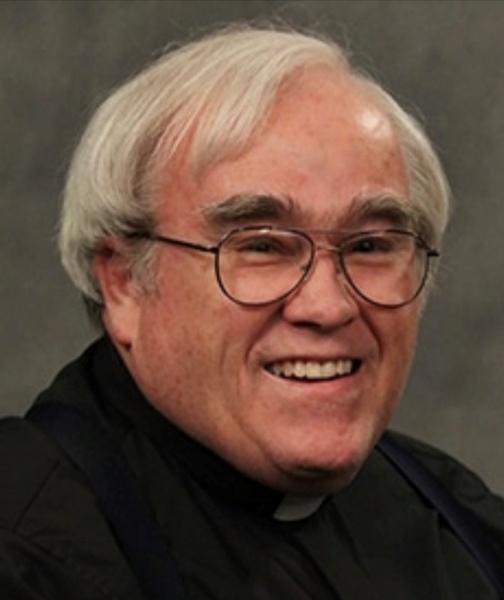 Reverend Riney served in several parishes in the Diocese of Owensboro. Among his assignments as pastor or associate pastor were St. Stephen’s Cathedral, Immaculate Parish of Owensboro, St. Michael of Sebree, St. Paul of Leitchfield, St. Elizabeth in Clarkson, St. Rose in Cloverport, St. Sebastian in Calhoun, St. Charles in Livermore, St. Mary of the Woods in Whitesville, St. Pius X in Owensboro and St. Martin in Rome. He has also served as chaplain at Carmel Home in Owensboro and in pastoral ministry at the Owensboro Regional Health Hospital. Reverend Riney has served many other parish communities in the Diocese of Owensboro in his role of providing substitute help in the absence of a pastor. His last assignment was at Holy Name Parish in Henderson where he lived until his recent move to Carmel Home in Owensboro.

Pr. Maury collected unique rocks, which he polished and transformed into works of art, coins and Fontanini figurines, from which he created a beautiful display for the enjoyment of others. Reverend Riney also enjoyed drawing, traveling and was very fond of animals.

He is survived by his sisters, Ann Petrie (Gerald) of Indianapolis, IN and Cynthia Rumage (Michael) of Florence, KY; two nieces; two nephews; and many dear friends.

Funeral mass will be held at noon on Tuesday, September 20 at Holy Name Catholic Church in Henderson. Visiting hours will be from 9:00 a.m. to 12:00 p.m. at the church. Burial service will be held at 3:00 p.m. Tuesday at the Resurrection Catholic Cemetery.

Remembrances and condolences can be offered online at www.glenncares.com.