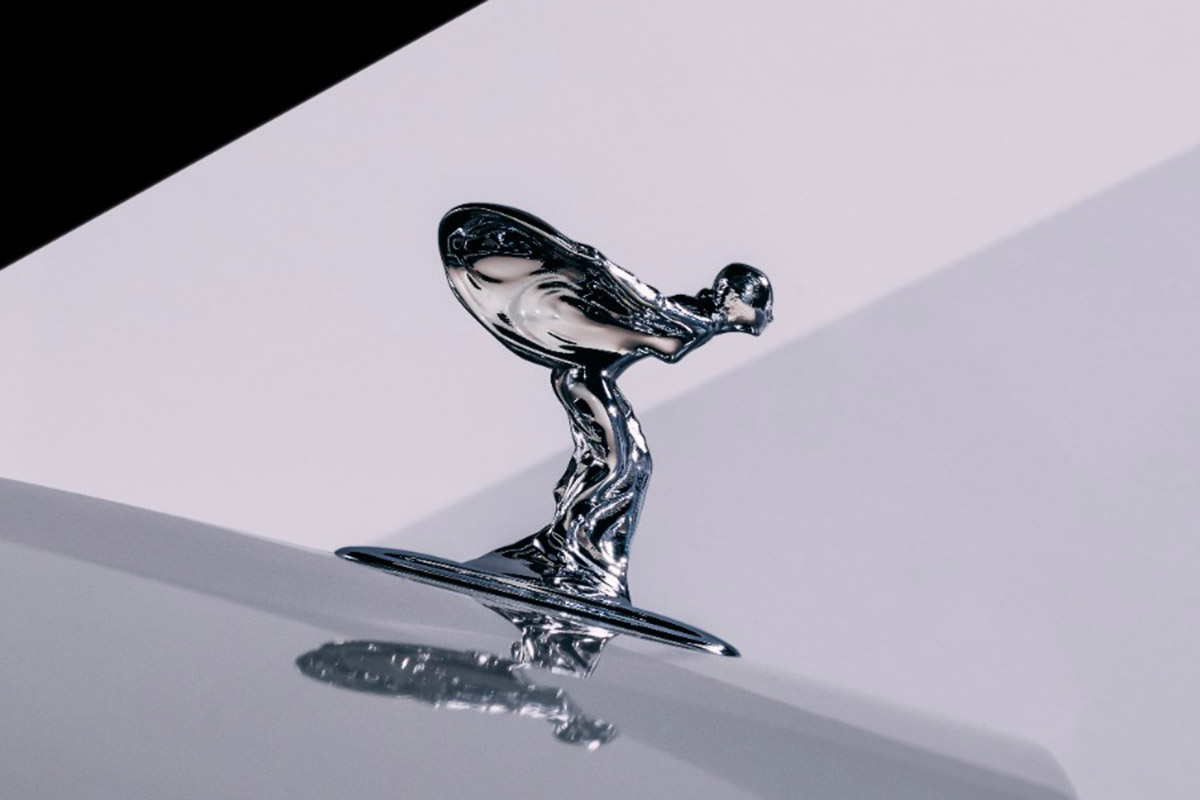 Legendary automaker Rolls-Royce recently unveiled the reimagined version of its iconic ‘Spirit of Ecstasy’ figurine, which will grace the hood of the brand’s new all-electric car, Spectre.

It was ‘electrifying’ news when Rolls-Royce recently announced that its iconic hood ornament – better known as the Spirit of Ecstasy – had been revamped for the upcoming all-electric Specter model, the most aerodynamic automobile ever. the brand to this day. Fittingly, this new Spirit of Ecstasy figure has also received a more streamlined reimagining, making it more streamlined and graceful than ever.

The 2022 iteration of this elegant statuette has been recreated with a lower, more energetic stance, bringing it much closer to the early 20th century designs made by its original creator, illustrator and sculptor Charles Sykes. The new version stands just 82.73mm tall, compared to its predecessor’s 100.01mm, while her robes, which flow behind her in the wake – often, but incorrectly, referred to as “wings” – have been subtly reshaped to make them more aerodynamic and realistic. .

Its position has also undergone a considerable transformation. She used to stand with her feet together, her legs straight and angled at the waist, but now she’s been reshaped as a true goddess of speed – prepared for the wind with one leg forward, her body tucked and her eyes fixed eagerly. before. These changes have both practical and stylistic benefits, contributing to Spectre’s remarkable aerodynamic properties.

This entirely new form was digitally sculpted by computer modelers, whose experience in this area was also invaluable in developing the figure’s realistic facial features and expression of focus and serenity. The designers also consulted with Goodwood’s stylists for their take on her hair, clothing, posture and expression, adding an authentically contemporary aura to her vibrancy and commanding presence.

While all Rolls-Royce figurines are made using one of the oldest known casting techniques – ‘Lost Wax Casting’ or lost wax technique – each is then individually finished by hand, so as to be painstakingly different from each other. This adherence to tradition is part of what solidifies the brand’s heritage and mystique, but that doesn’t mean the spirit of innovation takes a back seat, so to speak. Progressive thinking is evident not only in the computer-enhanced design of the new Spirit of Ecstasy, but also in the automobile it will eventually adorn… the all-electric Spectre. The new sculpt created for Specter will appear on all future models, but the current design will still be used on Phantom, Ghost, Wraith, Dawn, and Cullinan and their Black Badge alter egos (where applicable).

Throughout its history, Rolls-Royce has given its vehicles ethereal, otherworldly names: nicknames like the aforementioned Ghost, Phantom, Wraith, Shadow and Spirit. The new all-electric Specter follows in these formidable footsteps, with the promise of a soon-to-be-released EV that – like a true specter – will pass silently before our disbelieving eyes, fleeting in its appearances and gone… like an apparition in a thunderbolt. time.

“The Spirit of Ecstasy is the world‘s most famous and desirable automotive mascot,” said Torsten Müller-Ötvös, CEO of Rolls-Royce Motor Cars at the official unveiling of the figure. “More than just a symbol, she is the embodiment of our brand, and a constant source of inspiration and pride for the brand and its customers. Like our brand, it has always evolved with the times while remaining true to its nature and character. In its new form, it’s more streamlined and graceful than ever – the perfect emblem for the most aerodynamic Rolls-Royce ever, and to adorn the bow of our bold electric future.