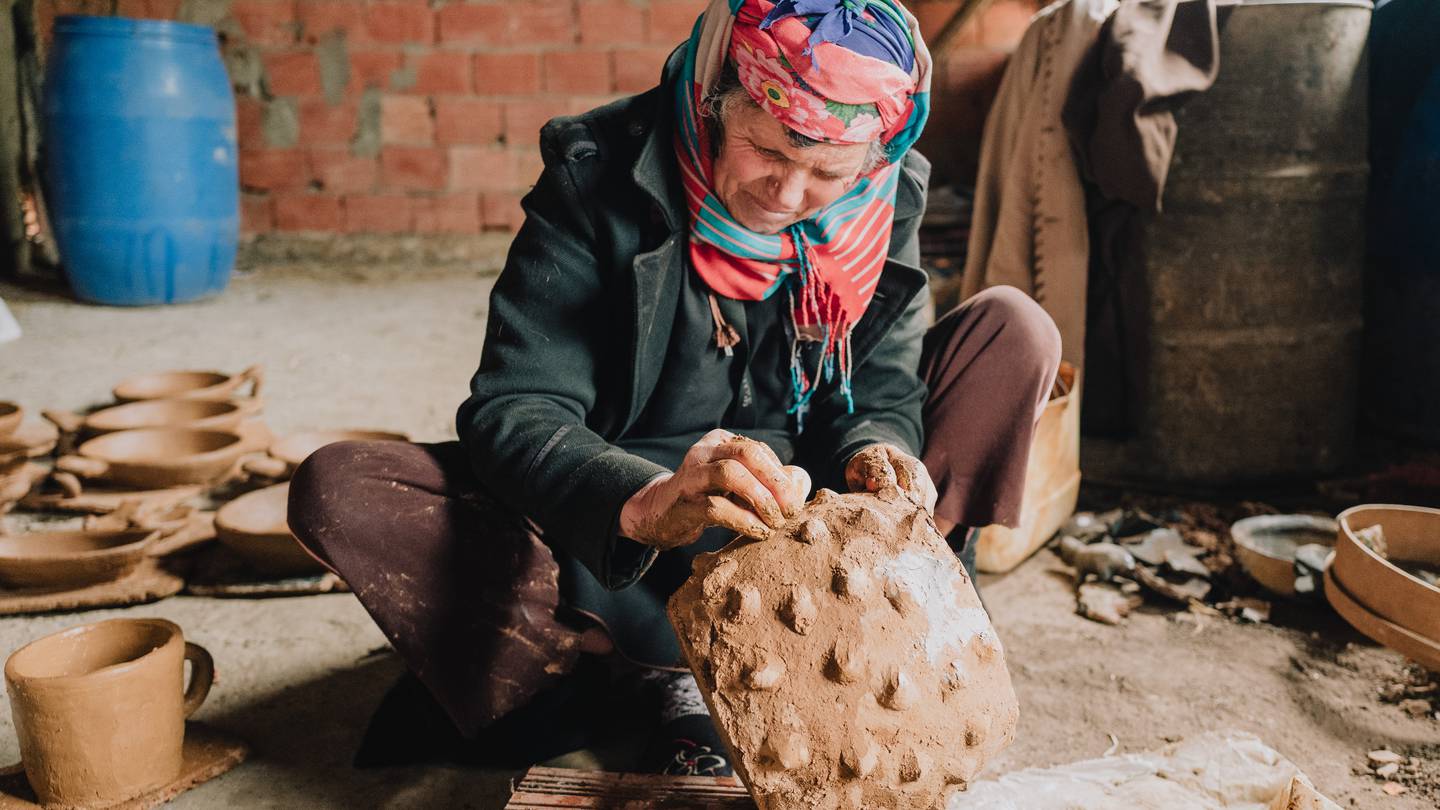 “What am I going to do to you?” asked Eljia Ayari, as she turned the crushed pottery into a mass of sticky red clay. She was perched on an overturned brick on the floor of her studio, an unfinished outbuilding next to her house in the town of Sejnane, in northern Tunisia.

Before I could make a request, his hands were already busy sculpting a small turtle, smoothing its shell with a moistened finger, almost distractedly, in some sort of warm-up routine.

A real ball of turtles – or rather turtle-shaped serving bowls – was drying behind her. Later in the afternoon, they would be slid into an open fire primed with cow dung and hay, turning a deep, melted black, one of the signature finishes of Sejnane pottery.

Ms. Ayari and dozens of other women in the lush, rolling hills of Sejnane preserve the region’s 3,000-year-old heritage of pottery – a UNESCO Intangible Cultural Heritage craft – in their daily practice and maintain their families afloat as they do.

Tunisia has long been a Mediterranean center for pottery. The Phoenicians and Romans used the abundant clay in seasonal riverbeds to make everything from earthenware pipes used to cool the underground houses of Bulla Regia, to exquisite decorative pieces of what is now known as tableware. African red, prized by archaeologists. In modern times, ceramic tiles and highly decorative hand-painted household items have become a signature of Tunisian craftsmanship.

While the ceramics industry, based in the coastal town of Nabeul, is largely the domain of men, in Sejnane it is women who are the guardians of the unique, handmade terracotta pottery of the region.

“I learned the art from my grandmother, who was one of the most skilled potters of her time,” said Lemia El Saiedeni, who maintains her pottery practice while raising her six young children in their farm on the outskirts of the village.

His grandmother taught him every step of the process: showing him where in the nearby hills to harvest the clay, and teaching him how to dry, sift and refine it, how to form, finish and fire the pieces.

After the shapes are formed and dried, the women polish them with seashells before adding a thin layer of lighter, finer clay, to give the pieces a creamy, rosy tint when fired, or a rich black patina. if the fire is fueled by smoke hay.

Many pieces are painted with traditional Amazigh designs, using natural pigments extracted from local plants and other forms of clay. Ms. Ayari harvests the plants around her land and extracts the oils in a mortar and pestle before heating them to create a rich, dark umber.

“Everything we use comes from nature,” she said. “All our materials and tools come from the earth.”

For generations, pottery was only used locally, in utilitarian and domestic functions. But from the 1970s, tourists stopping to visit nearby ruins began buying pieces from local families, shaping what the women made and sold. Now, with plates and bowls, they create whimsical vases, figurines, beads and abstract dolls that have a wonderful, naïve quality.

Ms. El Saiedeni shapes her clay into practical pieces, but often includes a touch of creative or whimsical wabi-sabi: a goat with outstretched hooves hugging the edge of a serving dish, a polka-dotted lamb figurine with a casual stance and unbalanced. Her children play with the clay alongside her as she works, creating their own figurines. Even his sons participate.

“It’s usually a women’s art, but my husband and my sons all love working with clay,” she said. One of his middle sons proudly held a clay dog ​​he had made as we spoke. Ms. El Saiedeni beamed.

Ms. El Saiedeni and Ms. Ayari sell their wares from their homes as well as at craft fairs in major cities. The money supports their families in an area where unemployment is high.

Despite a new reverence for their work, with Unesco recognizing its importance in 2018, the women of Sejnane sell their pieces at such low prices that many visitors ask if they forgot a zero in the bill. Vases and plates cost between 10 and 20 dinars (about $3 to 7), and more ornate pieces, such as Ms. Ayari’s signature carved dolls, cost just 40 dinars.

“The earth gives us everything we need to make them,” she said. “The price is enough.”