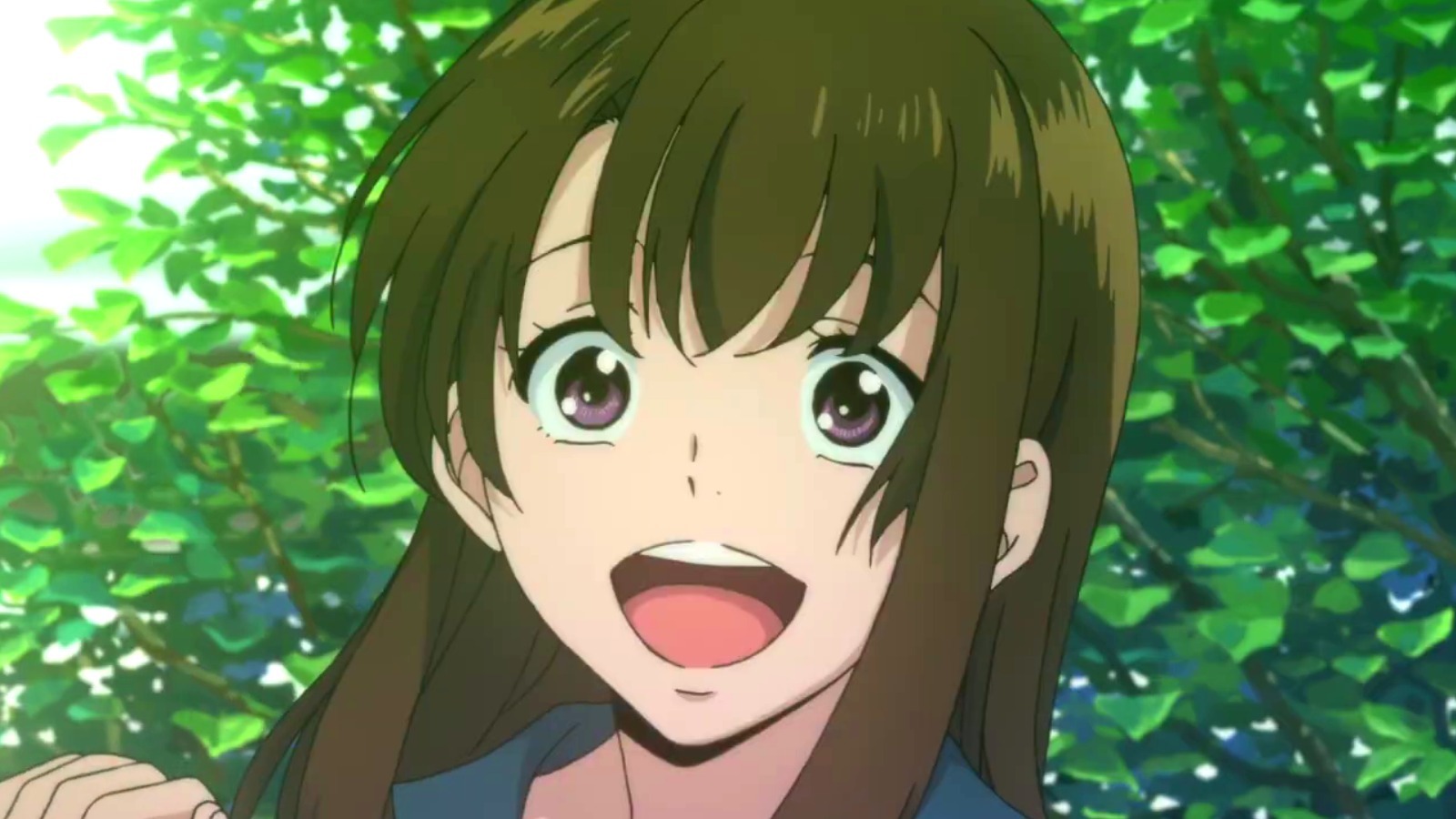 The first two trailers for “Sing a Bit of Harmony” focused more on the dynamic of the weird couples between the protagonists and the hijinks that ensue as Shion valiantly tries to “make Satomi happy” by serenating her in the middle of class as well as “missions” Shion continues to help everyone around her with their problems. The original one-sentence plot summary only spoke of “a new transfer student interested in her surroundings and a song that makes her and her classmates happy.”

It wasn’t until the latest trailer and full synopsis unveiled by Funimation that it became clear that â€œSing a Bit of Harmonyâ€ could also be a dramatic barn burner in addition to its previously posted comedic fantasy. Beneath her bubbly facade, Shion has a secret she can’t tell any of her new friends, and the trailer hints at some dramatic and high-stakes developments in her relationship with the company that developed her. There even seems to be a motley action-adventure element, as the kids band together to â€œsaveâ€ Shion, presumably from the business. As the synopsis says, “What Shion does for Satomi’s sake ends up involving them all in a serious pandemonium.”

The contrast between the first two bouncy trailers and the intense third did not go unnoticed by YouTube viewers, with a commentator by the name of toto gamer summing it up thus: “First two trailers: realistic dramatic comedy in high school / This trailer: It just got unreal. “Many others have also noted, with some surprise, that what once seemed like cute escape fun now seems to have all the makings of seriousness. Weeping. Regardless of the type of “Sing a Bit of Harmony” movie, we couldn’t be more excited for it.