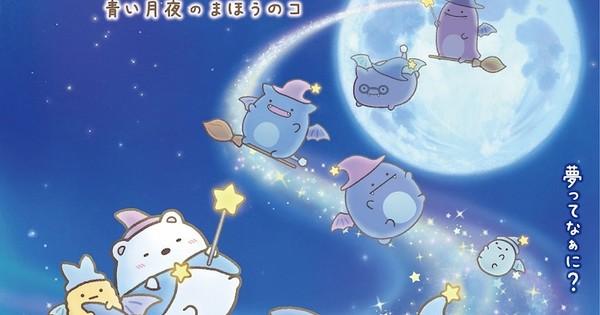 Movies Still announced on Sunday that its screening of the Sumikkogurashi: The Little Wizard in the Blue Moonlight (Eiga Sumikko Gurashi: Aoi Tsukiyo no Mahō no Ko) animated film in Singapore will open on March 10.

In the film’s story, the main characters go camping one autumn day, and that night they remember a legend: that once every five years, on the night of a great full moon blue, magical creatures will visit the city. The characters look up, only to see a large blue moon above their heads.