Clay figurines, embroidery, dumplings… the Wuxi Tourism Week launched this weekend has brought its folk arts and cuisine to Shanghai.

Folk artists dress up hanfu at the Wuxi Tourism Week to promote its culture.

The city in neighboring Jiangsu Province is nicknamed “Little Shanghai” because of its developed trade and industry, but it also has rich tourism resources.

Turtle Head Isle, or Yuantouzhu, has one of the largest cherry blossom orchards in the country; the century-old Liyuan Garden is a fine example of traditional Jiangnan-style gardens; while Donglin Academy is an example of ancient Chinese education history. 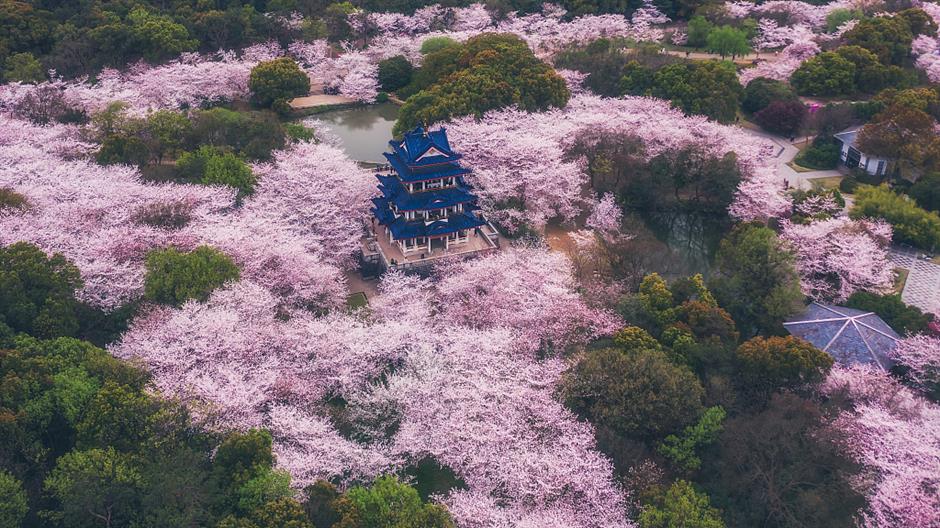 Wuxi’s Turtle Head Island is a major destination in the country for viewing cherry blossoms. 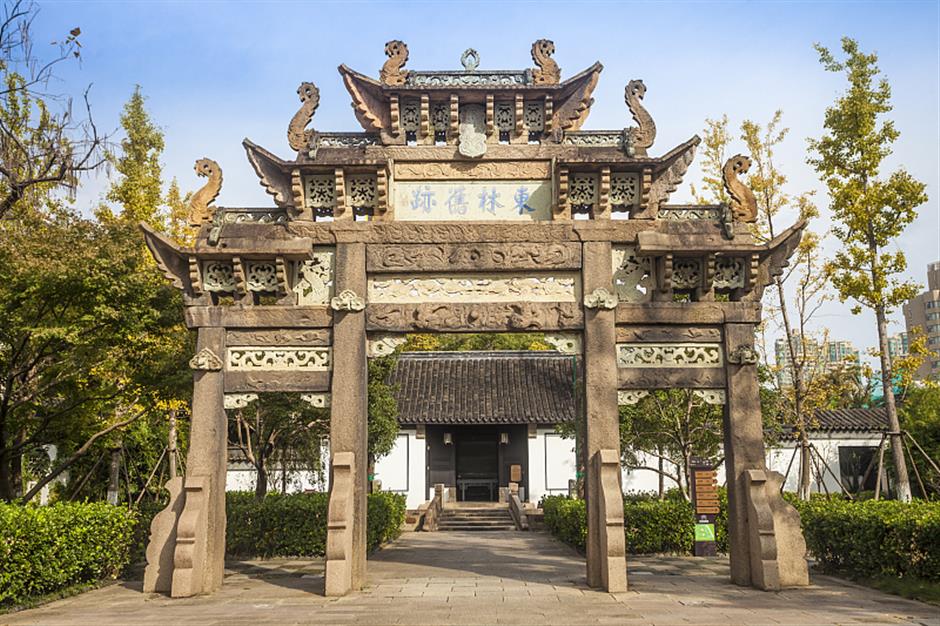 The thousand-year-old Donglin Academy was once a center of enlightenment in China.

During the festival, folk artists showed their skills and exhibited souvenirs that tourists can buy in Wuxi.

Probably the best known souvenir is the “Da Ah Fu”, clay figurines that are usually made in the likeness of children and represent happiness and auspiciousness. 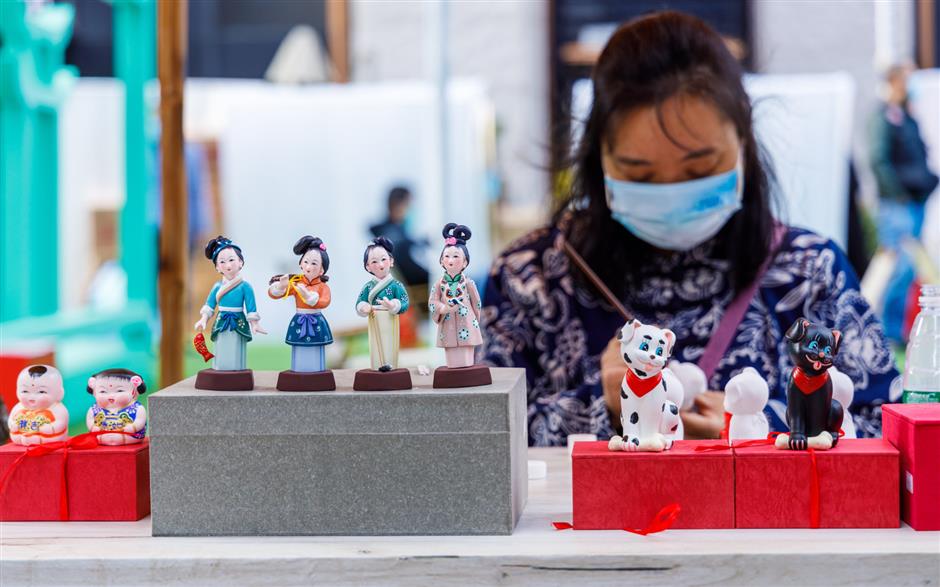 An artist makes “Da Ah Fu” figurines during Wuxi Tourism Week. Besides the traditional images of children, other types, such as spotted dogs, have been developed over the years.

Meanwhile, an exhibition titled “Jiangnan Picturesque” is now open at Momingxuan Art Space in Huangpu District to showcase oil, traditional Chinese and print paintings by nine artists from Wuxi. The exhibition will last until next Friday. 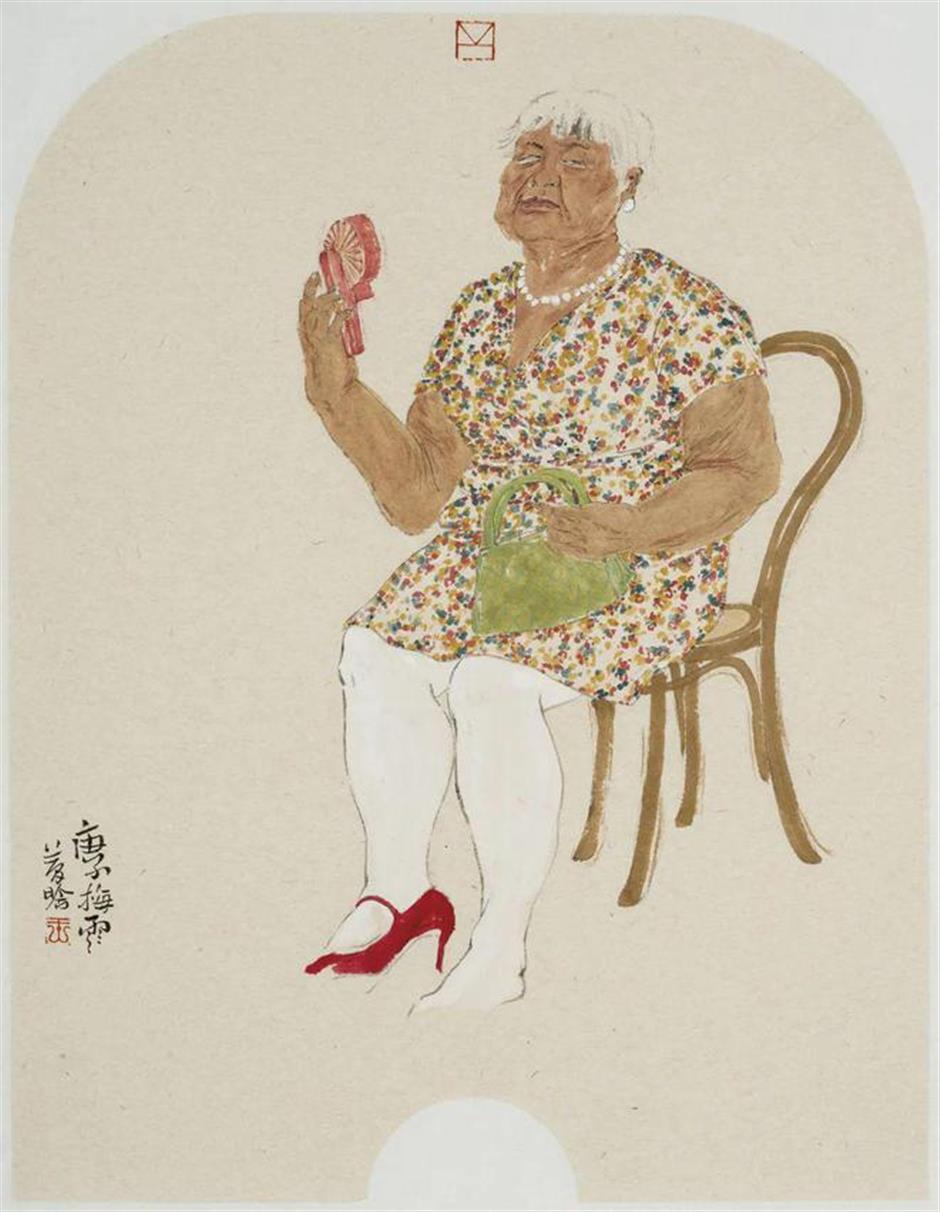 “A Red Shoe” by Wang Menghan, one of the works featured in the “Picturesque Jiangnan” exhibition.