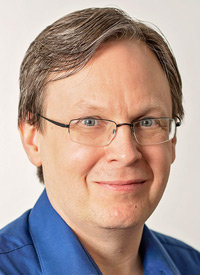 The national debt is a real source of concern

Those $ 1,400 stimulus checks sent out by the federal government made people smile. The checks accounted for about $ 410 billion of the entire $ 1.9 billion stimulus, according to the Wall Street Journal. After all this federal generosity, our national debt stands at approximately $ 28 trillion.

Many political agendas are exaggeratedly pushed to generate fear and support. I often challenge these fear-mongering stories. They regularly crumble under scrutiny, and when combined with fear, misinformation leads to ineffective responses.

With regard to the national debt, however, we are not alarmed enough. I say this without the slightest hyperbole – the national debt is literally an existential threat to this nation and has the potential to trigger a global economic crisis.

Many people think that there will just come a time when the United States can no longer borrow any more money, and we will be forced to live within our means. An era of fiscal responsibility may emerge from the coming crisis, but what precedes this point is quite troubling.

The main mechanism by which the US government borrows money is by auctioning bonds. Until recently, demand was quite high for these investments, which makes perfect sense given that our country has the world‘s largest economy, a historically stable government, and unmatched military might. It was a good bet that we would honor our obligations.

No matter how much power you wield, however, no one borrows for free. For a long time the United States borrowed money at very low interest rates, and there was rational thinking behind the federal government borrowing money on the cheap to invest it in an economy that produced at a higher rate of return. The problem is, these low rates won’t last forever.

We are starting to see the tide turn. The government recently held a few auctions for billions of new debt. According to market experts quoted in the Financial Times, the characterization of the weak demand observed during these auctions ranged from “lukewarm” to “catastrophic”. This disturbing event won’t make the headlines, but as the most indebted organization in human history, it’s a signal that things are about to get really bad for us.

When investor demand for US debt collapses, the Federal Reserve prints money. Basically, we are creating money out of thin air, which means that the money that circulates around the country is rapidly losing value. As inflation rises and investors refuse to buy bonds at the low rates we take for granted, the pressure to print more money increases. This dangerous cycle could presumably create a situation where the $ 1,400 you just received won’t buy you a loaf of bread. Hyperinflation is the worst case scenario and usually occurs in volatile, command and control markets, but it is not impossible.

President Joe Biden’s $ 1.9 trillion stimulus package comes on top of a $ 900 billion package passed in December, a $ 953 billion allocation for the paycheck protection program in July, and to the $ 2.2 trillion CARES Act – all after Barack Obama’s revival era. Biden is now offering a $ 2.2 trillion infrastructure package.

Authorities expect to collect around $ 3.8 trillion in taxes this year. Medicare and social security will consume about $ 2 trillion. Add to that our huge military budget, and there isn’t much left.

The United States ran large deficits every year, even before a global pandemic shut down much of our economy. Currently, at the low rates we enjoy, we have been able to juggle our deficits and interest on our debt, which represents about 11% of all federal spending. If these interest rates rose to their historical averages, we would add new spending obligations to our federal budget that would equal about half of all federal tax revenues. It is conceivable that the rates could go up so high that they swallow up all federal tax revenues, which would be absolutely catastrophic.

At this point, we couldn’t just consider removing some farm subsidies, shutting down military bases in foreign countries, or cutting funding for studies on a flea’s mating habits in Arkansas. We would have to discuss whether the elderly get their social security benefits or let national security expire. Paying interest on the national debt is not really optional. If we default, the entire US economy would collapse, triggering a global economic crisis.

What really worries me about this scenario is what happened during the pandemic. Many people could face the crisis by ordering take out food and watching Netflix. Despite this equally tolerable situation, America’s political climate descended into chaos and radicalized crowds roamed the streets of major cities. What if millions of people were faced with the desperation of not having enough to eat or having nowhere to live? Imagine how attractive the voices of extremism would be, especially to young people, who would be facing true poverty for the first time in their lives.

In order to avoid hyperbole, it should be noted that we might be going through this crisis. Canada faced a debt crisis in the 1990s, from which it emerged, and Argentina is facing it now. Neither nation collapsed in unstable war zones. Nonetheless, these crises can be seen years before they occur using simple calculations, and failing that, there is great difficulty in returning to financial stability. It doesn’t look like America will avoid what is completely preventable. I only hope that we deal more wisely with what comes next.