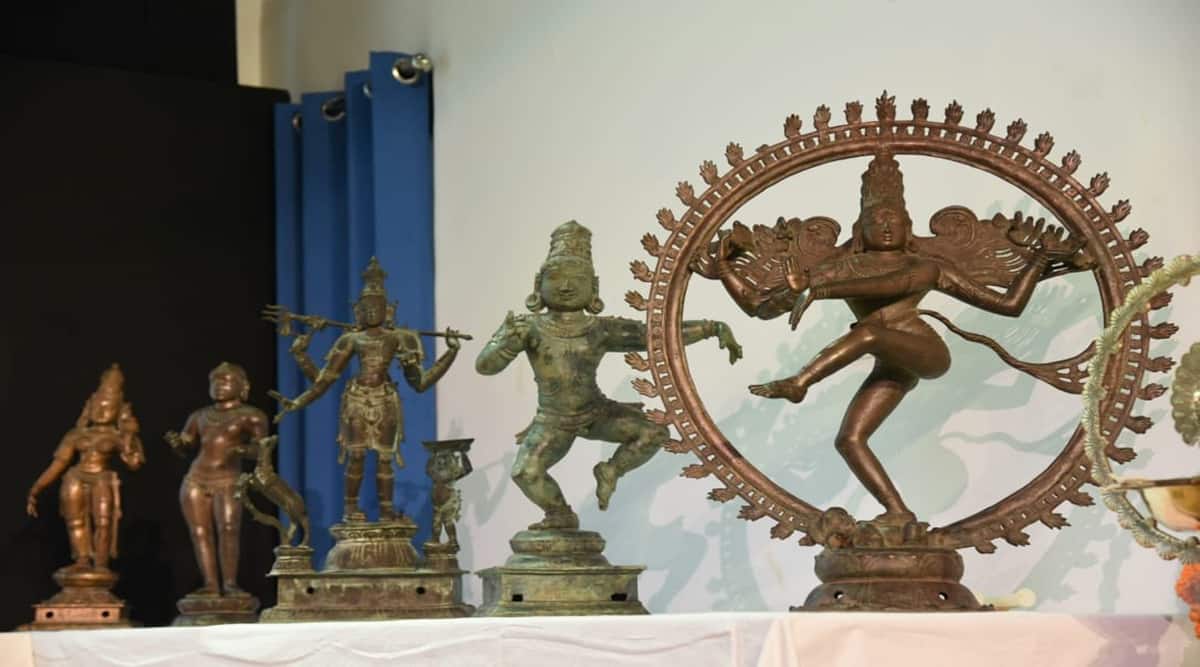 A collection of antiquities, including Dwarapala, Kankalamurti Kadayam and Nataraja figurines, will find pride of place after their return to the state.

The Union Ministry of Culture has returned 10 antique figurines, recovered from the United States and Australia, to the government of Tamil Nadu. Union Culture and Tourism Minister G Kishan Reddy said at the event that the Center would endeavor to recover Indian antiquities smuggled overseas and return them to the states of where the items were stolen.

During the event at the Indira Gandhi National Center for the Arts, Reddy said the Center has taken several steps to preserve the country’s ancient civilizational ethos over the past eight years.

“Bringing Our Gods Home is one such initiative that is rooted in the preservation, promotion and propagation of our heritage,” he said. He hailed Prime Minister Narendra Modi’s personal relationship with world leaders for prompt identification of stolen antiquities and cooperation for their return.

“Therefore, all credit goes to Prime Minister Modi. He not only made efforts to help recover these antiquities, but also personally brought them back with him on his official overseas tours,” Reddy added.

Reddy also highlighted the increase in the number of repatriated idols since Modi took over. During the Prime Minister’s visit to the United States, 157 antiquities were returned to India, Reddy said.

“As you know, over the past eight years, the government has brought back 228 heritage objects. Only 13 antiquities were brought back to India between Independence and 2013. …the numbers speak for themselves and reflect the importance this government attaches to our heritage. Thanks to the sustained efforts of the government and with 228 antiques brought back since 2014, the total number is now 241.”

“As India enters 25 years of Amrit Kaal, this is an opportunity to take the lead as the global protector of indigenous culture, traditions and heritage. This event and the process of repatriating our stolen heritage will allow for an open and honest conversation about decolonization,” the Minister said.

Bright Witches will start on July 3, key visual will be released

Biden is willing to forgive $10,000 in student loans per borrower — what it means for your budget, credit score and tax bill