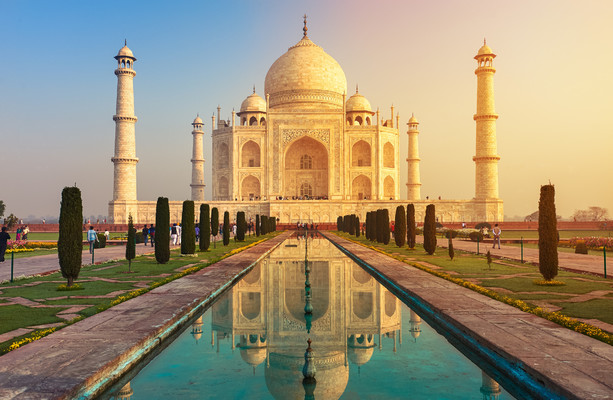 IT’S A DAY off, and you might want a quiet spot and a comfy chair.

We have selected for you the best readings of the week.

How tourists experience “Indian Syndrome” after spending an extended time in the country.

(The Guardian, about 10 minutes playing time)

In India, Airault will be dispatched to examine travelers who have lost their bearings, become disoriented and confused, or find themselves in manic and psychotic states. The contrast was shocking. “I saw them perfect when they arrived and after a month I saw them totally unstable,” he recalls. Initially, what Airault observed was solely blamed on drug use, but many travelers also exhibited symptoms such as depression and isolation, resulting from feeling disoriented in an unfamiliar country or culture.

2. We dreamed of peace

Roy Cohen writes of his childhood in Israel and how his dreams of hope were cut short when his friend was shot.

Aseel and a fellow Palestinian citizen of Israel refused to sing the Israeli anthem. As Aseel told a friend, he could not identify with a hymn that began with the phrase: “While in the heart within, the Jewish soul yearns…our hope is not not lost yet. I was amazed by Aseel’s audacity. Being queer, I always tried not to draw attention to the ways I was different. And here’s this kid from my delegation, who’s only a year older than me, who acted the way he felt, who steered clear of the pack. Not without jealousy, I began to admire him.

A fascinating look at the medieval dress of the “two sleeps”.

Over the next few months, Ekirch scoured the archives and found many more references to this mysterious phenomenon of double sleep, or “biphasic sleep” as he later called it. Some were quite mundane, like the mention of weaver Jon Cokburne, who simply dropped it in his testimony in passing. But others were darker, like that of Luke Atkinson from the East Riding of Yorkshire. He managed to sneak in an early morning murder between his sleeps one night – and according to his wife, he often used the time to frequent other people’s homes for sinister deeds.

4. How bad are plastics really?

A look at how plastics are made, their history and where we are now with them.

In the 1960s, when my dad was making plastics, the military was buying polystyrene again, this time to make the incendiary napalm-B, but single-use packaging and applications were becoming the biggest markets for the plastics. Production rates went up and up,’ wrote one analyst whose sentiments were written into the 1971 Congressional filing. At the grocery store, plastics were stripped from paper item by item: the box eggs, the bread bag, the meat tray and, possibly but not easily, the grocery bag, says science writer Susan Freinkel in her book. Plastic: a toxic love story.

5. The Celtic conquest of Caitríona Balfe

An interview and profile with Irish actor Caitríona Balfe, star of Outlander and the new film Belfast.

The fourth of seven children, Balfe and her family moved from Dublin to this village near the border when she was very young, for her father’s work. (Balfe was raised Catholic but has since quit.) She’s wanted to act for as long as she can remember, but she’s not sure where the impetus came from. She thinks the fact that her father – a sergeant for An Garda Síochána, the Irish National Police Service – was in a comedy troupe probably has something to do with it. But her plans took a detour when a model scout spotted her while she was studying acting at the Dublin Institute of Technology. A few months later, she signed with Ford Models and was offered the opportunity to settle in Paris. “I’ve always wanted to travel,” she says. “Growing up, we never did that – there were too many of us. We had no money.

How the country created its own vision of jazz.

In the late 1960s, the example of Akiyoshi, eclectic saxophonist Sadao Watanabe, and others prompted young artists to move away from Blue Note mimicry toward free jazz, funk fusion, witty, modal and bebop. These daring virtuosos implanted rock and electronic elements, or took influences from afrobeat and flamenco music. The shift from mannered playing to freewheeling individualism meant a move away from sharp suits for a more slovenly look, and collaboration became important: Take pianist Masabumi Kikuchi, who has written and recorded with other artists to the point of being almost a guru. figure in the scene.

…AND AN ARCHIVE CLASSIC…

One day, astronaut Bruce McCandless floated free above the earth. Here he talks about how he did it.

When I was growing up, we didn’t have astronauts. But we had comics – Flash Gordon, Buck Rogers, people like that. When I mentioned to my parents that I wanted to fly like Buck Rogers, they said, “Well, man might eventually fly in space, but surely not until the year 2000. So why don’t you come down on Earth and would you do something? practical, like learning to drive a battleship, or something like that.

More: The best reads from each previous sitting Sunday >