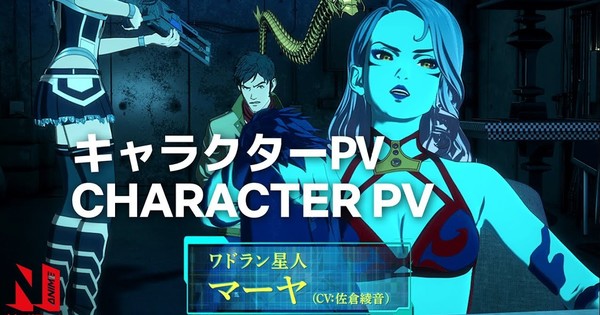 netflix began streaming a new character video on Sunday for the second anime season based on Eichi Shimizu and Tomohiro Shimoguchiit’s Ultraman manga. The video reveals that Ayane Sakura will voice the character Maya, a Wadoran alien.

The anime will debut on netflix worldwide on April 14. The first episode of the new season will premiere at “Ultraman World premiere and orchestra concert” on April 10.

Several years have passed since the events of Ultraman, with the legendary “Giant of Light” (光の巨人 Hikari no Kyojin) now a memory, as he is believed to have returned home after battling the many giant aliens that invaded Earth. Shin Hayata’s son, Shinjiro, appears to possess a strange ability, and it is this ability, along with his father’s revelation that he was Ultraman, that leads Shinjiro to battle the new aliens invading Earth as the new Ultraman. .

Tatsuhisa Suzuki was to play new Ultraman character Kōtarō Higashi / Ultraman Taro in the second season, but he offered to step down from the role, due to his recent hiatus from “all entertainment industry activities” last year . Tomoaki Maeno will voice the character instead. Suzuki performed the opening theme songs for the first season as a member of OLDCODEX.

Glassware, furniture and art: Tarentum’s new Vintage Owl has a bit of everything