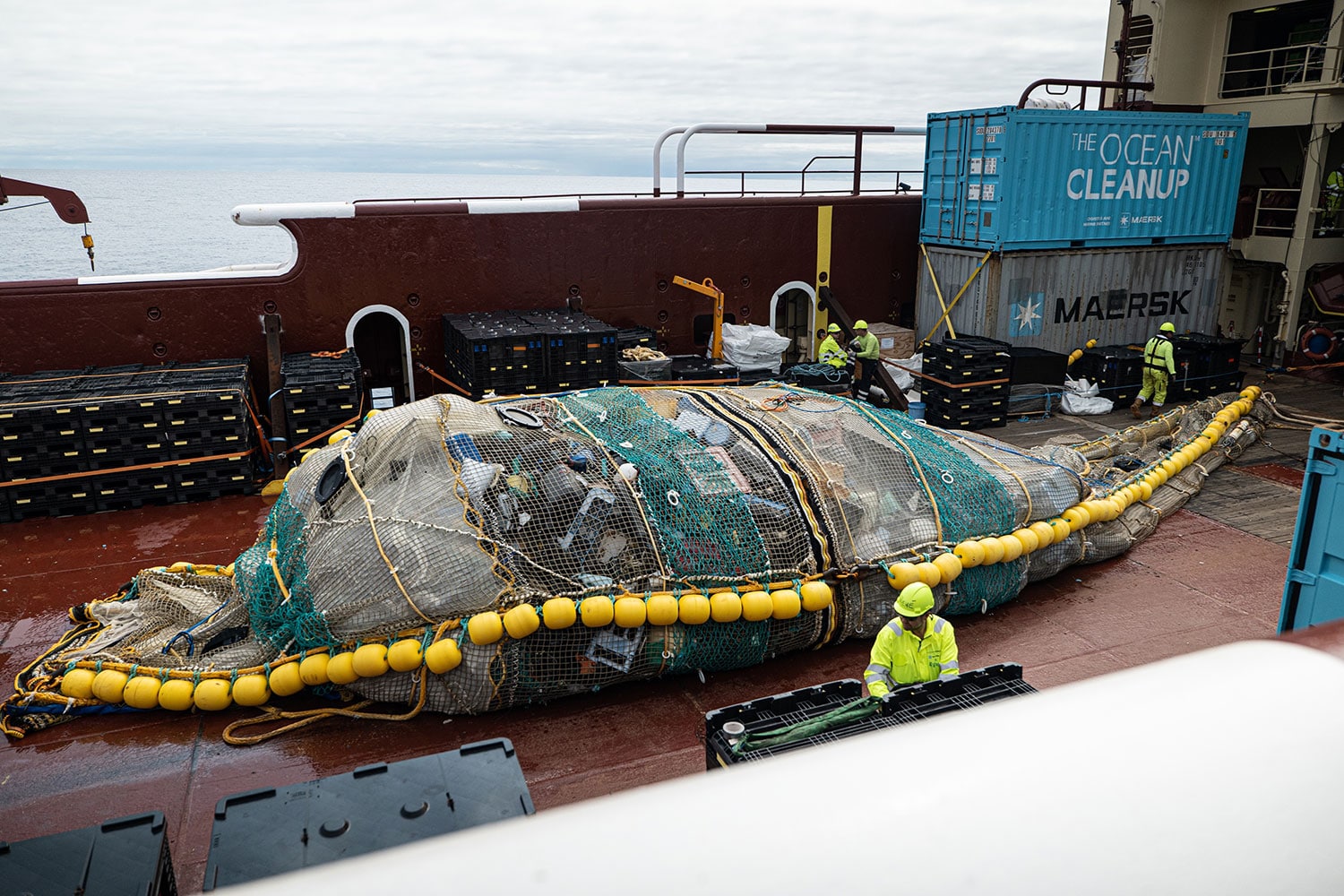 In August 2021, the Ocean Cleanup Project launched System002 or “Jenny” in the Great Pacific Garbage Patch, an oceanic buildup of garbage so large it’s often called a garbage island. The landfill is considered the largest accumulation of ocean plastic in the world, comprising more than 1.8 trillion pieces, according to estimates by Ocean Cleanup.

After years of research and millions of dollars invested, Ocean Cleanup launched its first attempt at a plastic capture device in 2018, but the prototype broke in the water. The latest version, released in 2019, did a better job of collecting plastic, but the organization estimated it would need hundreds of these devices to clean up the world’s oceans.

The team therefore upgraded the system and returned to the Pacific Ocean in early August. The system is essentially a man-made floating shoreline that catches the plastic in its fold like a giant arm, then funnels the waste into a funnel-shaped woven net. Rather than relying on a floating system that moved with the wind and the movement of the ocean, the horseshoe-shaped Jenny would be towed by ships with crews at either end.

The idea is to move the Jenny through a large area of ​​Pacific waste at a constant speed of 1.5 knots, directing the plastic waste to a dedicated storage area. The waste collection system is up to 800 meters long, making it the largest system deployed in Ocean Cleanup projects.

The team has already tested the system in more than 70 separate tests. The final test of the system was completed over the weekend and, according to experts, was a great success.

“Everything worked !!! Massive load. We will try to get the images to land as soon as possible to share them ”, tweeted Boyan Slat, CEO of Ocean Cleanup.

The Ocean Cleanup said the device carried 9,000 kilograms (20,000 lbs) of trash out of the Pacific Ocean in 12 days – evidence that the trash area could eventually be cleaned up.

“It’s crazy how much the density of the patch differs from place to place. During the full duration test, we collected 9000 kg in 12 days. We have just extracted an additional 4,500 kg, of which approximately 2,000 kg were collected in a single day. Really emphasizes the importance of hot spot modeling ”, Slat tweeted today.

He is valued that the team would need around 10 Jennys to clean up 50% of the Great Pacific Garbage Patch in five years. A single device can hold 10,000 to 15,000 kilograms of plastic.

Millions of tons of plastic waste are sent to the ocean each year, all of which raise questions about the ability of such barriers to deal effectively with waste. However, at this time, this is the only way available to deal with this problem.

The company aims to remove 90% of plastic from the oceans by 2040. Once brought ashore, plastic is recycled to make durable products like pairs of sunglasses.

The Easiest Way To Get A Car Loan With Bad Credit

Nina Agdal talks about being away from her family for the holidays: “It’s…

Two MoDOT employees killed, one injured by a vehicle