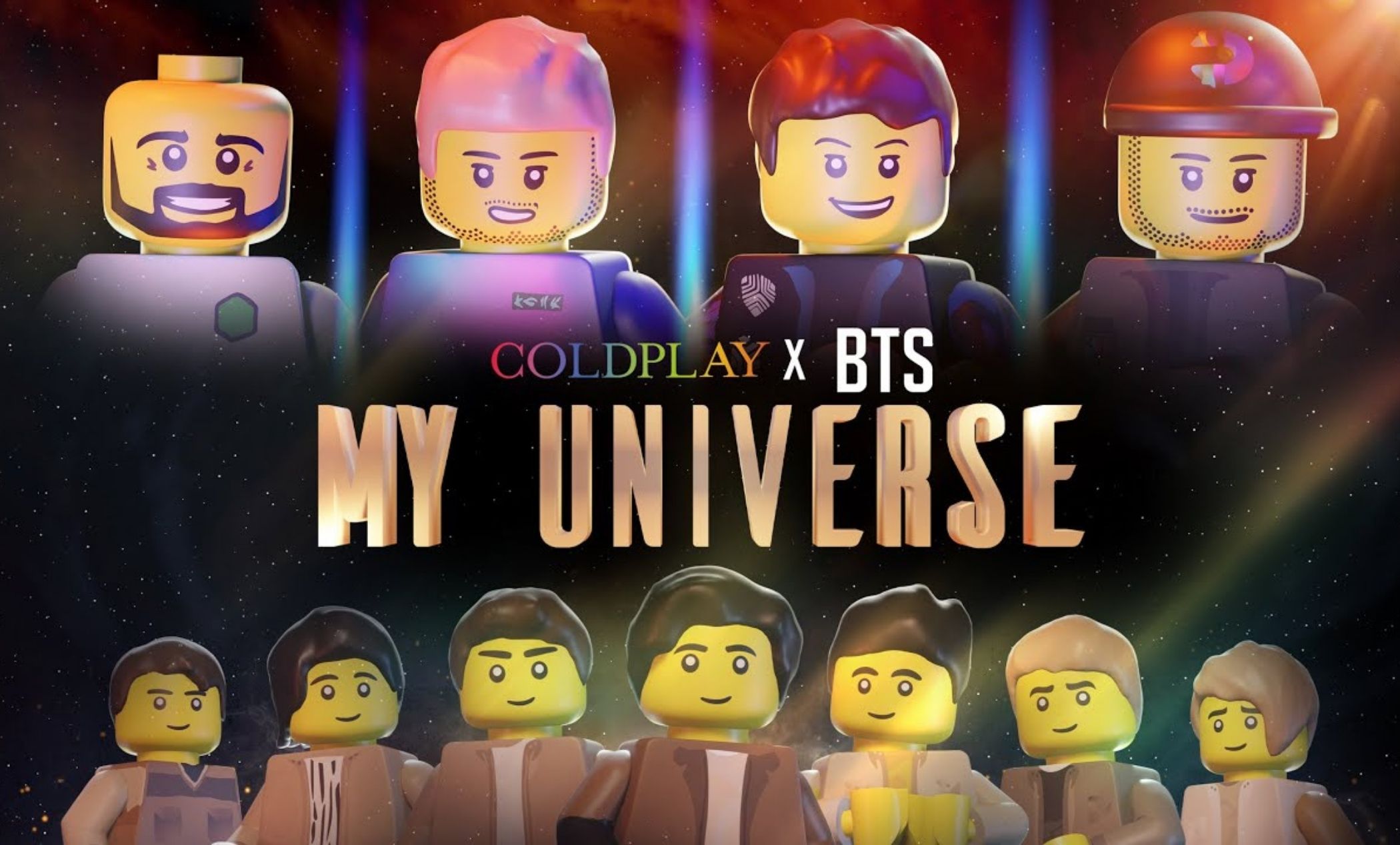 If you thought the Coldplay X BTS collaboration couldn’t be cooler, think again! Because a LEGO version of My Universe exists and it’s everything you’d expect to be and more. As if it wasn’t enough for K-pop and British rock icons to come together via holograms, in a sci-fi setting of an intergalactic escapade that began with: “Once upon a time, in many years … Music is banned through the spheres. On three different planets, three different groups defy the ban. DJ Lafrique, on his alien radio ship, unites them via Holoband. All the while they are being chased by the Silencers. We now have toy figures from Chris Martin and Co. and the septet led by RM. And that’s super impressive.

SEE ALSO: ‘My Universe’ Video: BTS X Coldplay Are New Guardians Of The Galaxy Proving Music Has No Borders

The fan-made LEGO version of My Universe has 78,708 views on YouTube. So much so that even Coldplay shared the video on social media and wrote, “It blows my mind” with a stunning emoji. Now that says something.

It amazes me PH https://t.co/g5DlUhcLxM

Needless to say, Coldplay and BTS ARMY fans are thrilled with the new release, which is adorable to say the least.

Even the lego bts flirts with those alien legos https://t.co/SOXCe0z81w

Are you telling me that we seriously have a Lego version of My Universe?

It’s so cool now we have Hobi flirting with a Lego girl too ðŸ˜‚ðŸ˜‚ðŸ˜‚ pic.twitter.com/Kkwv5MnKEm

OMG, I had no idea I would need a LEGO MY UNIVERSE right now. pic.twitter.com/jEU0edwRSD

Previously, RM had discussed the exchange of ideas with Chris Martin who revealed that he was frustrated at not being able to perform in concert. He also spoke about the creation of My Universe and said, â€œI’ve been thinking about how to make this relevant to BTS. Since the lyrics say “You are my universe”, this song should definitely be dedicated to ARMY. I wrote the lyrics imagining the day we found ARMY, â€said RM.

Even Martin spoke of their collaboration and added, â€œIt’s very special to me that the most popular artists in the world speak Korean and are like a bunch of brothers, not Westerners. It gives me a lot of hope, in terms of thinking of the world as one family. So of course when you see who they are and their songs, it really is a message of oneness and being yourself.

Meanwhile, BTS is gearing up for their first in-person concert in Los Angeles with Permission to Dance on Stage. Apparently they will be giving four shows at Sofi Stadium on November 27-28 and December 1-2. Find more details on the same below.

SEE ALSO: BTS gets ‘permission to dance on stage’ for first in-person concert in 2 years