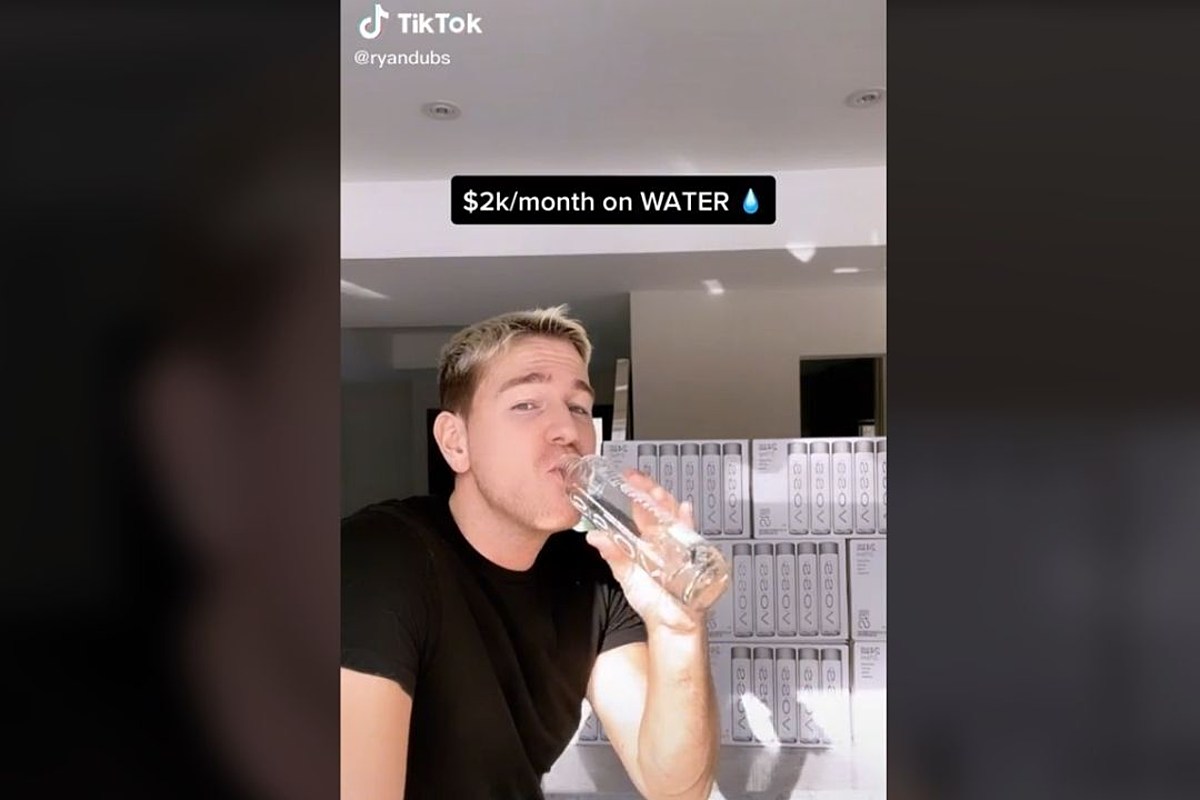 Can you imagine paying $2,000 a month for such a basic necessity as water? A man supposedly does it – and he gets roasted for it.

TikTok user @ryandubs has gone viral for posting a video about his eye-watering monthly spending on fancy bottled water.

In @ryandubs’ TikTok video, which has so far been viewed 1.4 million times, the self-proclaimed ‘water snob’ reveals he gets VOSS-branded bottled water delivered to his home every month.

He keeps his VOSS bottles chilled in not one, not two, not three… but four refrigerators.

In the clip, he says he hates the taste of tap water and once bought Fiji-branded bottled water until “the amount of plastic waste it creates weighs on him. “.

As if dripping from a broken faucet, other TikTok users flooded @ryabdubs’ comments shortly after he posted the video.

“Pov: you get Voss water from your sink because you live in Norway,” one person wrote, while others added, “This is humiliating” and “We need a reset of the world“.

Some users have noted that many people in developing countries still don’t have access to clean water, which makes his video sound like a slap in the face: “People don’t have clean water or no water at all and this guy here ‘I hate the taste of tap water, I can’t have it in me.'”

Some have even claimed that packaging and shipping can be as harmful to the environment as plastic water bottles.

See tweets about the fancy water habit from @ryandubs, below:

The strangest first jobs of celebrities

Turned down for a credit card? Here’s what you need to do to get one