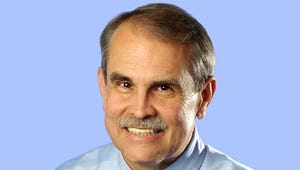 What will replace the family lounge?

Last year when we moved my parents out of their longtime home and into safer neighborhoods, we had to get rid of a lot of furniture.

We discovered surprises, of course, and the biggest one was that no one wanted the living room pieces. They generated less interest than a CSPAN afternoon.

We were surprised I guess as it was clearly the best stuff in the house.

Immaculate. To clean. Expensive. Not a stain to be found.

The last time Mom remembered this was when a preacher visited several years ago during Building Fund Pledge Week.

It contained the finest furniture, the finest rugs, the prettiest (and most artistically tasteful) pictures. It was there that pastors were welcomed; and the youngster was expected to cool his heels while a prom date upstairs added the perfect finishing touch.

Children were forbidden; pets were prohibited; pests have been eradicated.

My parents had a coffee table in theirs, but I never saw any coffee, cupped or otherwise, on it. Instead, there were small porcelain figurines and a candy dish, which was rarely filled.

There were maple end tables that held heavy lamps with heavier shades that showed off the versatility of three-way bulbs.

These rooms don’t exist in newer homes, I believe, because home is no longer the place where we welcome others, but where we hide from them, or at least seek protection – the fort family.

The room where we make our “living” is now the den with its large television, framed family photos and gigantic comfy sofa, whose cushions hide long-lost action figures, spare change and Forgotten Halloween M&Ms.

The people in the den are happy, smiling, relaxed. It’s like a TV commercial.

To be invited is to be accepted – even if only for a few hours – into the family.

Bill Kirby: How cold was it? Readers will tell you

And you know what I think?

I don’t think it will last.

In the years to come, I suspect we’ll have moved on and den furniture will be just as difficult to dispose of as its formal ancestors.

I say this because I noticed that the young people sitting around the square often seem to be focused on their phones. They may be there physically, but their attention is elsewhere with someone else.

You have to interrupt their daydreams to ask them if they want more pizza.

I have no idea how this will play out in the years to come as the future is not always an updated version of the present.

In fact, this is rarely the case.

Bill Kirby has reported, photographed and commented on life in Augusta and Georgia for 45 years.