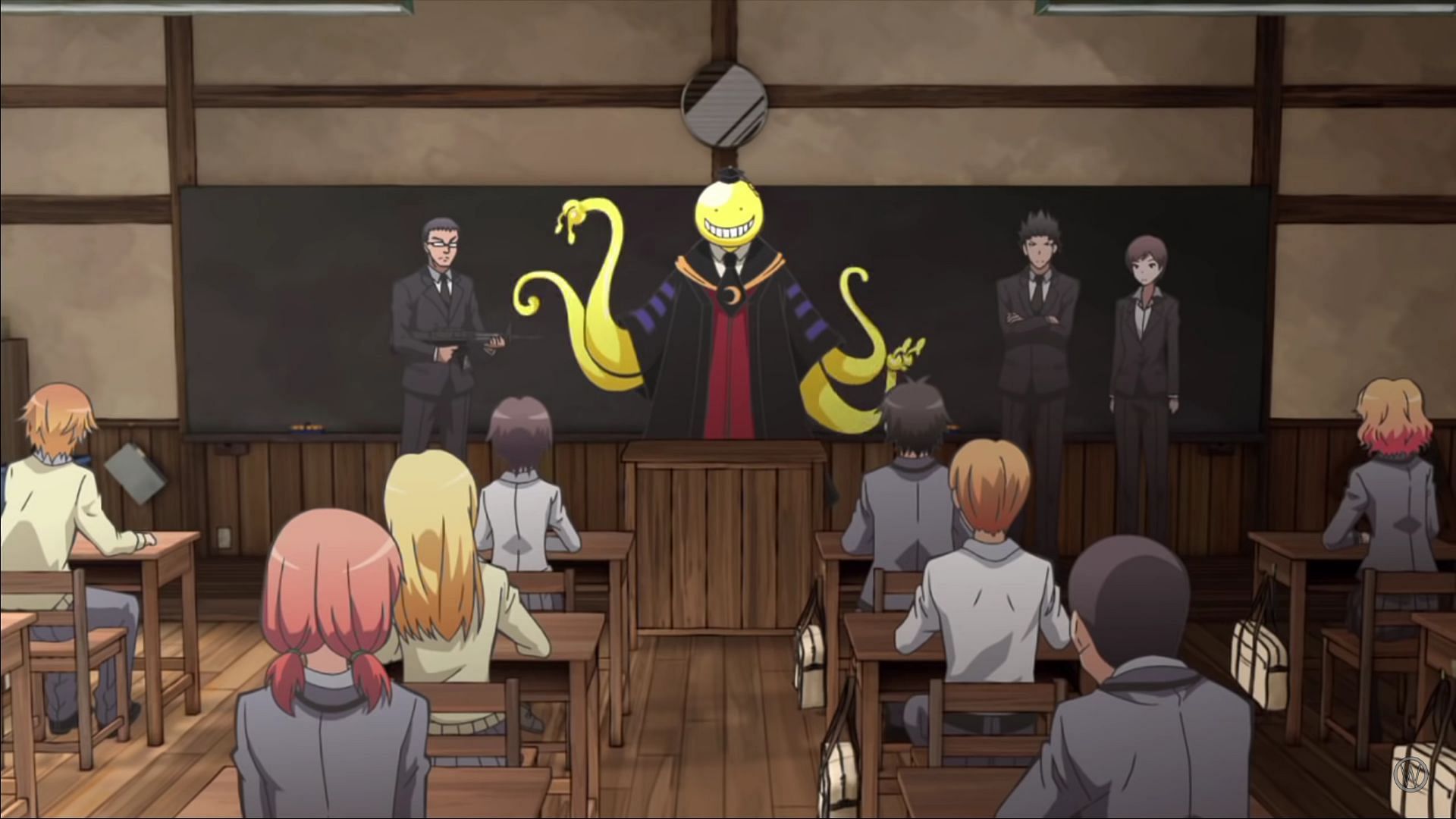 Assassination Classroom is one of the best action-comedy anime and manga of recent times. It focuses on Class 3-E at Kunugigaoka High School, where a strange creature appears to become a teacher. The octopus-like creature was a threat to Earth as he stated that he would destroy Earth after a year if they failed to kill him within the time limit.

The government had set a 10 billion yen bonus for the class 3-E teacher. It was almost impossible for anyone to kill this thing. Therefore, the name Korosensei was given to him by the students.

Korosensei became popular among students because he really tried hard as a teacher. He was one of the most endearing characters in the series. The former assassin was a funny and affectionate character, which made everyone wonder why he would want to destroy the earth. Until the day he told everyone about his past. The students decided to save their beloved sensei, but it was not possible.

Could Korosensei have been saved by Assassination Classroom?

The students made an effort

When Korosensei told his story, everyone felt bad for him and decided to save him from death. However, it was much more risky than they had thought. If they failed, it would mean the end of the world. The students began with their preparations to rescue their favorite teacher.

As shown in the anime, they even hijacked an international space station to gather information about the strange experiment. They also managed to gather all the data they needed. However, the students weren’t skilled enough or didn’t have the experience to find a cure for their favorite teacher.

Could the government have helped?

– Class 3-E: We saved Koro-sensei and now he only has a 1% chance of exploding, so you’re going to let him live…right?
– The government:

– Class 3-E: we saved Koro-sensei and now he only has a 1% chance of exploding, so you’re going to let him live…right? – The government : https://t.co/R1VF0XGhwI

Many fans said government help could have been taken to provide the required remedy. The government had both experienced scientists and the money for it. Even with the cure, there was a 1% chance it would explode. No government in the world would have taken such a risk even if the chances of an explosion were as low as 0.001%.

The government was in its place, because it was about Earth’s survival. They made the most rational decision. Although the anime doesn’t explain much about this, the manga did provide some clarification on the subject.

Did the fans want him dead?

What fans wanted the most was to see more of Korosensei. He gave fans more than one reason to love him. Fans wanted to know more about The Reaper, about his life before and during the experiments that were conducted on him.

@Voidxscs An anime about the education of the Reaper (Human Koro Sensei) or Karasuma’s missions as a government agent would be dope https://t.co/9giSZr3BFe

He helped students in Class 3-E find each other and helped them with their studies. His classroom teachings were practical and fans could relate to him as well. His character was unique, which made him popular among fans.

Did Korosensei die in the most appropriate way possible?

Yes, few fans would doubt that. Korosensei found the best possible ending. He achieved his goal as an educator, which he mentioned during his conversation with the principal of Kunugigaoka Junior High, Gakuho Asano.

The anime reached a point where his death was inevitable. The government was ready to kill him with their Celestial Spear, a weapon that would quickly destroy only tentacled creatures and nothing else. However, it was better for the plot that the character be killed off by the students and that’s what he also wanted.

Read also
The article continues below

As promised, the Japanese government handed over the 30 million yen bounty to Class 3-E. But following Korosensei’s teachings, each student reluctantly set aside enough to pay for living and education expenses, donated it to the Wakaba Park Nursery, and purchased the old campus.